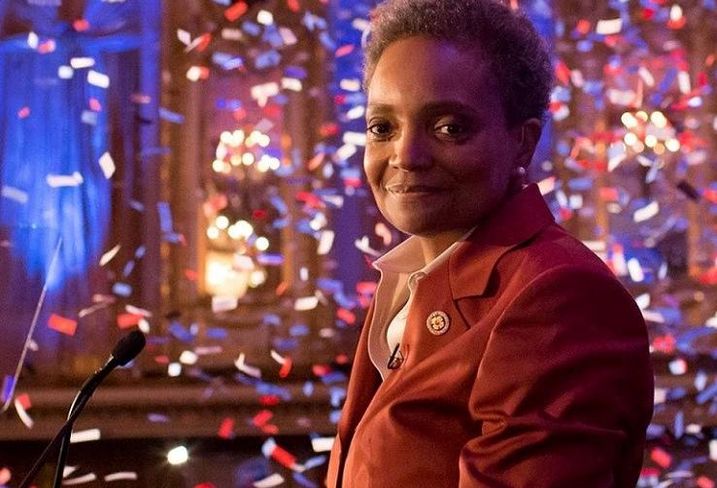 In her first official act, newly inaugurated Chicago Mayor Lori Lightfoot signed an executive order yesterday afternoon curtailing the use of aldermanic prerogative, a long-standing tradition that allowed City Council members to control nearly every aspect of development in their wards.

The move was a true break with the past, and signaled to Chicagoans, and perhaps especially the development community, that Lightfoot's City Hall will operate according to a different set of rules.

She began her morning at the Wintrust Arena by giving a speech that at first sounded similar to those given by her immediate predecessors. Her calls for unity and a willingness of all Chicagoans to work hard on solving a myriad of problems, along with a tribute to past generations who built a great city — all rhetorical hallmarks in many speeches given by former Mayors Rahm Emanuel and Richard M. Daley — were received with polite applause.

But the crowd came alive and began roaring its approval when she issued a stinging denunciation of corruption.

“For years, they've said Chicago ain't ready for reform," she said. “Well get ready, because reform is here. When public officials cut shady backroom deals, they get rich, and the rest of us get the bill. When some people get their property taxes cut in exchange for campaign cash, they get the money, and sure enough, we get the bill.”

“No official in the city of Chicago, whether elected or appointed, should ever profit from his or her office.”

The continuing legal troubles of 14th Ward Alderman Ed Burke, the council's longest-serving member and the former head of the powerful Finance Committee, are the highest-profile example of someone allegedly profiting from a public role. Burke was charged by federal law enforcement officials in January with improperly using his office to secure business for his law firm from a local businessman who needed a building permit.

Officials also allege Burke tried to obtain campaign contributions for Cook County Board President Toni Preckwinkle, a revelation that seemed to severely damage her mayoral campaign, and helped propel Lightfoot to victory over a crowded field.

Burke easily won his re-election campaign and has denied any wrongdoing.

The new mayor promised to take action directly after leaving the arena for her office on the fifth floor of City Hall, and that day she signed an executive order undercutting veto power of aldermen.

Chicago aldermen have for decades wielded the power to grant zoning changes and approve building permits.

Lightfoot's signed order does not end that practice, but sets limits, and will force council members to be more transparent about their actions.

Alderman will still have power over zoning changes, but city departments will now have the power to issue building permits and licenses, and if council members have objections, they will need to put their concerns in writing.

“It means ending the unchecked, unilateral control over everything that goes on in their ward,” Lightfoot said. “Alderman will have a voice, but not a veto.”

She also had some tough-sounding words for Chicago's development community, a group long accustomed to having a friendly relationship with whomever occupied the mayor's chair.

“Developers can no longer skip their responsibilities by taking tax dollars but leaving it to someone else to solve our affordable housing crisis,” Lightfoot said.

“It’s time for a new era of trust between the people of Chicago and the government that serves them.”