Investment into the Chicago region’s commercial real estate fell steeply throughout much of the year, and although many blame the ongoing overhaul of Cook County’s tax system for the decline, a new study by Real Capital Analytics says the problems may go deeper. 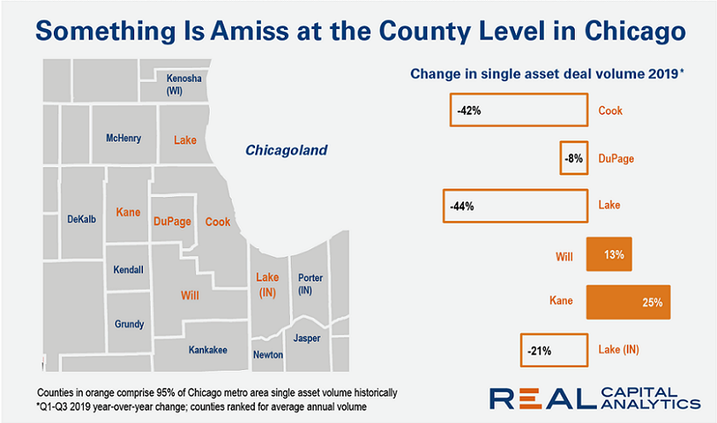 “There are great reasons to be in the Chicago market, but investors are clearly finding the market less attractive,” said RCA Senior Vice President Jim Costello, the report’s author.

Although office investment sales in downtown Chicago picked up in Q3, totaling about $700M, that brought the overall total for 2019 to just over $1B, less than half of the $2.8B in sales in the first three quarters of 2018, according to MBRE.

The downtown office market will soon record two more big sales. Spear Street Capital, a San Francisco-based investor, agreed in Q4 to buy the 967K SF 500 West Monroe St. for about $425M, and Boston-based Beacon Capital Partners decided to purchase the 800K SF 190 South LaSalle St. for about $230M, according to Crain’s, although the purchases haven't closed yet.

“This pace of activity is well below the 5% pace of growth seen nationally, suggesting that investors are still spooked by the picture in Illinois overall,” Costello said.

According to CoStar, 2019 transaction volume across the nation is on pace to surpass the 2018 total, and reach a record high. The data analytics firm also said national pricing remains healthy, with growth of more than 7% on a trailing 12-month basis. 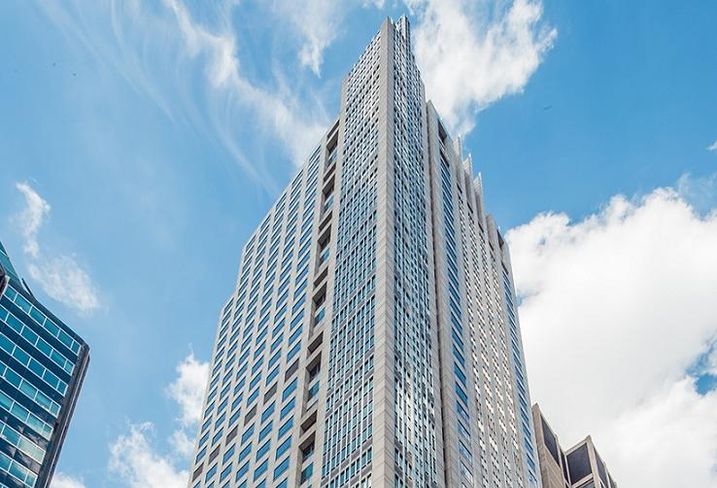 Costello believes worries over unfunded pension liabilities, a problem for both Chicago and Illinois, as well as the proposed property tax overhaul in Cook County, have created enough uncertainty to curb investor enthusiasm for properties in much of the metro area.

“Investment activity is pulling back here as investors are struggling to come to grips with future tax liabilities at the state and local level,” he said.

Cook County Assessor Fritz Kaegi completed a scheduled reassessment of Cook’s northern suburbs this year, which resulted in huge boosts in value, and possibly the subsequent amount owed in property taxes, but won’t get to Chicago’s triennial reassessment until 2021.

Chicago’s property taxes are already rising. According to a June study by Cook County Clerk Karen Yarbrough, taxes paid by property owners in Chicago’s central region would go up 9.7% this year.

Deal volume in the Wisconsin and Indiana portions of Chicagoland, areas not subject to the same tax and financial issues, were up 30% year over year through the first three quarters, according to Costello, although these areas only accounted for 3% of single-asset sales volume over the past five years.