The development pipeline for the logistics sector swelled in the past few years as major retailers and other corporations retooled their supply chains and got into e-commerce in a big way, many taking down warehouses of 500K SF or more. But another wave of users is coming into the market: small startups that may have little or no brick-and-mortar presence at all, and which could fuel new construction for years to come. 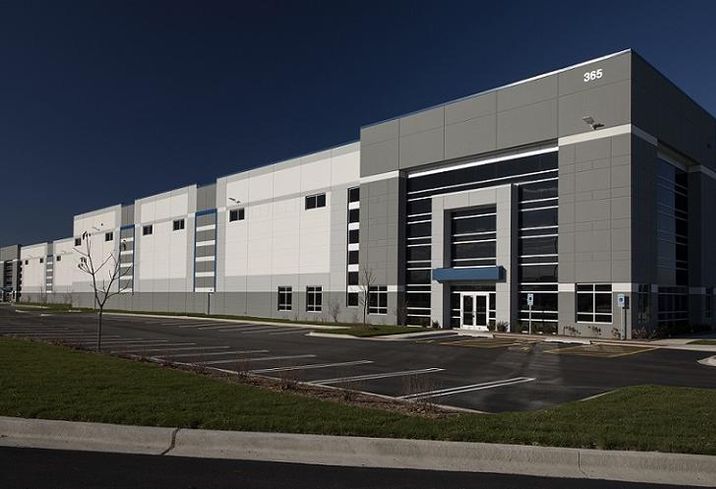 These smaller firms typically don’t consider e-commerce one of their core competencies, he added, and third-party logistics firms that can service this group have a chance for spectacular growth.

“The number of [requests for proposals] that landlords are getting from 3PLs is more than we’ve ever seen.”

ShipFusion, an e-commerce firm in west suburban Chicago, has grown rapidly in the past five years by serving such small firms, expanding from a 25K SF building to a 381K SF e-commerce fulfillment center at 365 East North Ave. in Carol Stream, Illinois, its newly leased U.S. flagship operation. The headquarters was completed by Dermody Properties in 2017 as a spec development, and ShipFusion officials said occupying a new building is key for their operation, which relies on proprietary software to manage the many clients and a large temperature-controlled space to ship perishables.

“You need a strong electrical base to work off of, so going for a cheaper rent on an older building works against you in the long term,” ShipFusion co-founder Brandon Luft said. "This new facility allows us to expand our operations significantly and serve a larger number of e-commerce clients across the globe and the U.S., as they scale their businesses.”

The company’s inventory management software powers the operation, Luft added, as it allows ShipFusion to customize how it ships packages for its array of clients, including many health-related companies selling vitamins or diet powders, as well as firms marketing beauty supplies, books, shoes and other products. That software, developed in-house, lets ShipFusion make small changes for one customer at the last minute, such as adding a gift with each new order, or using updated weather data to properly time the deliveries of sensitive products like food or medicine.

Unlike Amazon and the massive retailers that first fueled the logistics sector’s rise, the relatively small outfits now pouring into the space don’t have the same economies of scale, or back offices stocked with accountants, needed to run such operations, making that proprietary software invaluable, Luft said.

ShipFusion clients have an online portal, for example, where they can see the status of products shipped or amounts billed, or engage in live chats with company staff.

“Many of these firms are not built like traditional retailers, including some that have teams in different cities working remotely, and they can’t commit to large amounts of fixed overhead, so it makes sense for them to work out an agreement and let us handle everything,” Luft said. 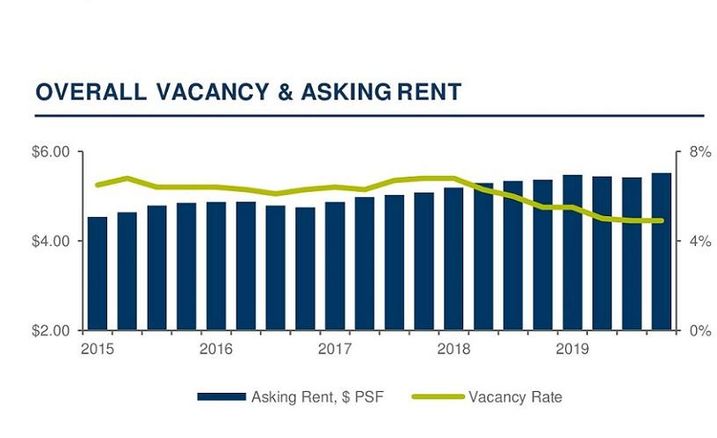 ShipFusion now operates from two other Carol Stream warehouses totaling about 100K SF, in addition to ones in Toronto and Bell, California, and plans to consolidate the Carol Stream operations into its new headquarters facility. Its new home, which has 36-foot clear heights, includes 40K SF of temperature-controlled space, and more than 8K SF for corporate offices. Luft said the company will only occupy about 30% to 35% of the total space on day one, and then expand into the full building over the next couple of years.

“There is a lot of activity in this space, and it seems like this kind of need is only going to grow,” he said.

Investors have also shown a lot of interest. Dallas-based Colony Capital bought the Carol Stream facility for $32M early last year, according to property data site Reonomy, and a Colony spokesperson said it was then sold to Blackstone as part of a nearly $6B blockbuster deal for hundreds of similar assets scattered across dozens of U.S. markets.

And as long as investors stand ready to pour capital into the region, developers will keep on building new product like 365 East North Ave. Although developing big-boxes of more than 500K SF has gone out of style for now, as landlords work to lease up those existing spaces, new construction is going forward on smaller structures across the Chicago region at a rapid pace.

“We think the runway for this sector is really long, especially since the overall amount of consumer purchases made on the internet is still relatively low,” Friedland said. “We don’t see an end in sight, and it’s not just the mega e-commerce guys, it’s driven by companies of all sizes trying to get into this space.”