Chicago's Big-Box Spec Market Is Back 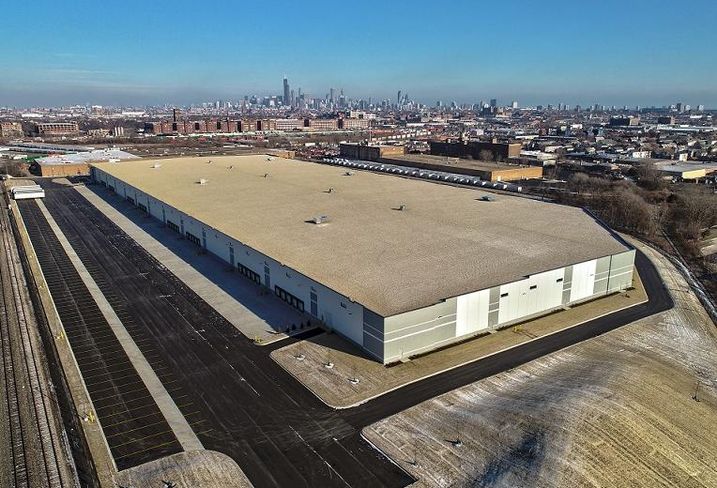 A big rush of industrial tenants at the end of summer led the Chicago region to its strongest third quarter since 2011. Perhaps the most heartening development was that, after a yearslong drought, the largest speculative big-box facilities have finally started to secure tenants.

Five new deals of 500K SF or larger were signed in new spec buildings during 2016, while 2017 and 2018 each had only one new spec deal of this size, and none had occurred until now in 2019, according to Colliers data.

But over just a few weeks, Target signed a landmark new lease for 1.2M SF in a spec building developed by The Opus Group and AEW Capital Management at 3300 Channahon Road in southwest suburban Channahon, and CenterPoint Properties secured UNIS Co. for 827K SF in its speculative building at 3901 Brandon Road in Joliet.

That 2M SF boosted quarterly net absorption in the Interstate 80 submarket, home to several empty spec developments, to more than 4M SF, according to the latest JLL Industrial Insight report.

Much more could be on the way.

“We have a lot of deals in the pipeline for more than 1M SF,” JLL Director of Industrial Research George Cutro said.

These big tenants reportedly could sign by the end of the year, leaving the region with no empty 1M SF boxes, although the owners of a few smaller ones will still be looking for tenants.

“This shows that Chicago, which was lagging behind other major markets, in terms of very large users, is back in the game,” Cutro said.

That scatters what had been the only real clouds hovering over the otherwise sunny industrial landscape. Tenants sought spaces in all size ranges in the third quarter, according to JLL, and absorbed another 7.6M SF, more than half the year-to-date total of 13.1M SF. E-commerce is providing most of the energy, as a wide array of companies reconstruct their supply and distribution chains, replacing what had been a hub-and-spoke model with distribution buildings spread more evenly across densely populated metro areas.

“They are feeding the frenzy of people wanting goods delivered immediately.”

That explains why distributors are opening more locations, rather than consolidating, and developers are breaking ground on facilities in far-flung submarkets, as well as launching more projects close to urban cores.

Amazon’s Friday announcement that Venture One Real Estate will soon break ground in Channahon on its latest 1M SF fulfillment center is just the latest sign that e-commerce will keep fueling the region’s industrial sector in 2020.

Several new buildings totaling 732K SF are underway in Fox Valley, including spec projects, which would have been unthinkable in that relatively small submarket just a few years ago, JLL Research Manager Chad Buch said. On the South Side of Chicago, developers are at work on projects totaling 1.7M SF.

Builders may complete as much as 23M SF in the Chicago region in 2019, making it one of this cycle’s strongest years, Cutro said.

Still, even though the JLL researchers said the speculative development pipeline remains robust, with 45 projects underway, they do not expect to see any speculative big-box projects in the foreseeable future.