Most of the U.S. economy went into a nosedive after the coronavirus began spreading, but the industrial sector keeps soaring above all these troubles. Developers and lenders are gearing up for a major expansion across much of the Chicago region, launching 15 new projects in Q2 alone totaling 12.8M SF, the most space ever started in a single quarter, according to a new research update from Colliers International. A total of 52 projects comprising 27.2M SF are underway, another historic high for the region. 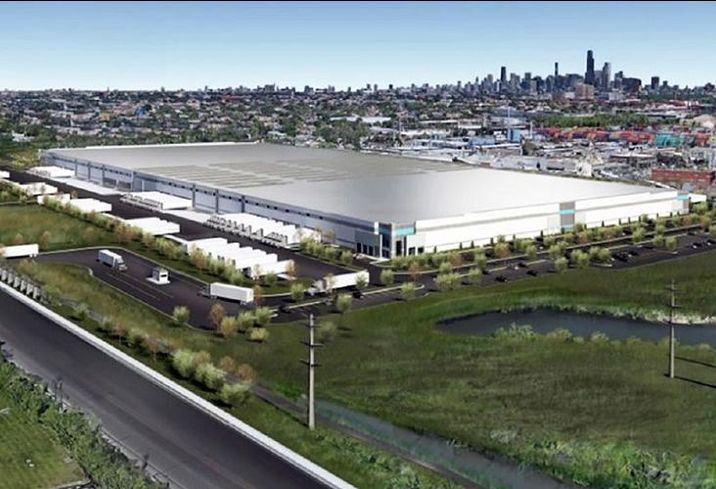 Most of the buildings under construction are for e-commerce or logistics users, which have fared well during government-mandated shutdowns, as many consumers began buying more products online. But build-to-suits make up the vast majority of the metro area’s new projects, a sign that distributors like Amazon have long-term confidence in the market.

In the past few years, many companies have been retooling their supply chain infrastructure to meet the growing demand for e-commerce, and Stauber said this new burst of activity shows that reconstruction is going to continue even as the pandemic ravages other sectors of the economy. Most new build-to-suits won’t be ready for another 18 to 24 months.

“There is some uncertainty due to the pandemic, because its duration remains to be seen, but based on conversations with our clients, the general feeling is that business will continue moving forward at a fairly confident pace,” Stauber said.

Lenders are also now on board, he added. That wasn’t the case just a couple of months ago when the impact of pandemic was unknown.

“Capital definitely hit the pause button in March, April and May,” he said.

But the supply chains kept humming all those months, and that has quelled lenders’ initial nervousness, especially over the last 30 to 45 days, he added.

“I’ve seen [lenders] who dropped out eight weeks ago trying to get back in,” CA Industrial President Michael Podboy said during Bisnow’s Chicago Deep Dish: The Future of Industrial webinar June 17. 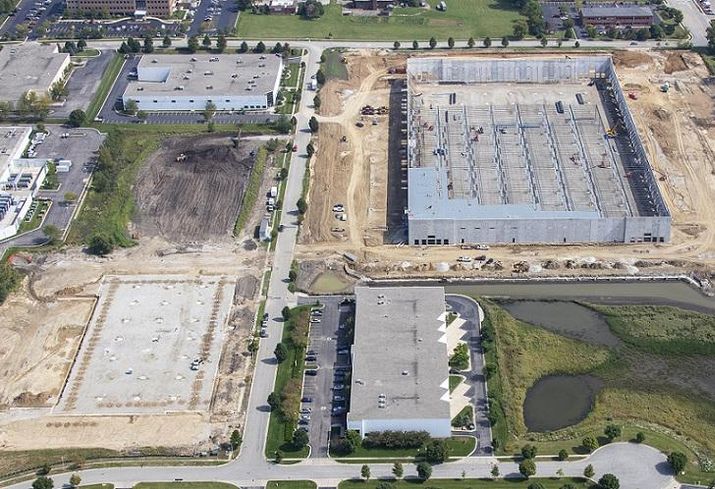 Amazon accounts for much of the new activity. The internet giant is in the midst of a radical expansion of its local operations. In late June, it announced the start of two new distribution buildings in south suburban Markham and Matteson. Each will have several floors and total 3.8M SF, the largest distribution buildings ever constructed in the Chicago area, Stauber said.

Since last October, the company also announced it was breaking ground on two other south suburban fulfillment centers, a 1M SF building in Channahon and a 1.2M SF building in University Park.

Users have also kept signing leases for new spec space. Twelve such deals were signed in Q2 for a total of 2.6M SF. That’s down from the Q1 total of 4.5M SF, but Stauber said he expects healthy leasing to continue for such buildings.

General Motors just agreed to lease Core5 Logistics Center in Joliet, a 1M SF spec development, and a third-party logistics company took half of the 757K SF Heartland Corporate Center in Shorewood, a new spec project developed by HSA Commercial Real Estate in partnership with Clarion Partners, he pointed out.

“Right there, that’s 1.4M SF of spec space that got leased in the last week.”