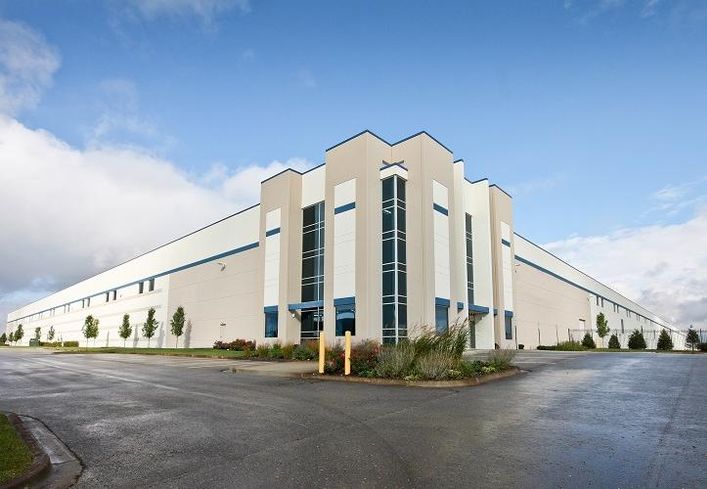 The demand for new big-box distribution facilities provided much of the fuel for the Chicago region’s industrial market in 2018, and that demand shows no signs of weakening. New leasing activity for the sector totaled a robust 16.4M SF during the year, the greatest annual total since the end of the great recession, according to a new report from Colliers International.

The firm defines big-box facilities as buildings 200K SF or larger, and with ceiling heights of at least 28-foot clear.

Developers also kept up a fast pace of new construction, including for build-to-suits, keeping the vacancy rate mostly steady throughout the year. Over the course of 2018, the big-box vacancy rate decreased by 57 basis points to end at just over 9%.

That is higher than the regional industrial market’s average of 6.34%, which Colliers attributes to the many speculative big-box projects completed over the past few years.

Developers sense strong demand throughout much of the region, including Southeast Wisconsin, the I-80 submarket around Joliet, where users typically ship products to customers across the nation, and Chicago’s South Side, which allows tenants to make quick local deliveries.

Nearly 2.9M SF is under construction in Southeast Wisconsin, including an 815K SF build-to-suit facility for ULINE in Kenosha, and 3.9M SF near Joliet. 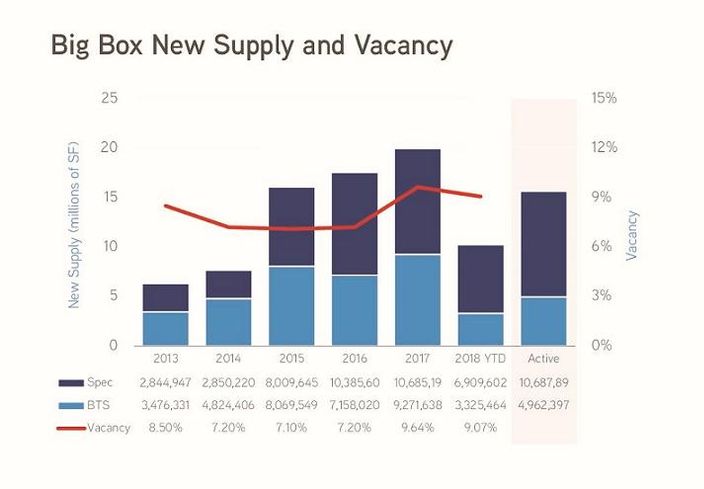 Courtesy of Colliers International
Development is accelerating again after a 2017 slowdown.

Almost 1M SF was completed on Chicago’s South Side in the fourth quarter, including Marina Crossings, a 633K SF speculative facility at 2075 West 43rd St. It is the city's largest speculative development in decades.

Deals like that will keep investors’ attention on the Chicago region.

Dozens of big-box buildings were traded during 2018, Colliers found. Many sold as part of larger portfolio sales. The Blackstone Group picked up eight buildings totaling 3.2M SF in the fourth quarter, part of a nationwide 342-building deal. It acquired five other Chicago buildings in the first quarter, totaling 1.9M SF, part of a 142-building deal.

Nuvenn completed the year's largest purchase of a single big-box property in the Chicago region when in the first quarter it paid $72M to a venture led by J.P. Morgan Chase for Whirlpool's 1M SF distribution facility at 3851 Youngs Road in Joliet. Whirlpool also signed the largest lease of the year, when it agreed to renew the lease and expand to occupy the whole building.

If anything can derail’s the region’s industrial market, it would most likely will be something that hits the whole nation, such as rising interest rates, the trade war with China or another factor causing a general global slowdown, Colliers said. But even if that happens, a rerun of the most recent downturn seems unlikely.

“While another cyclical downtown is inevitable, the timing is uncertain, and it will likely not be as deep, long, or widespread as the last one,” Colliers’ report said.