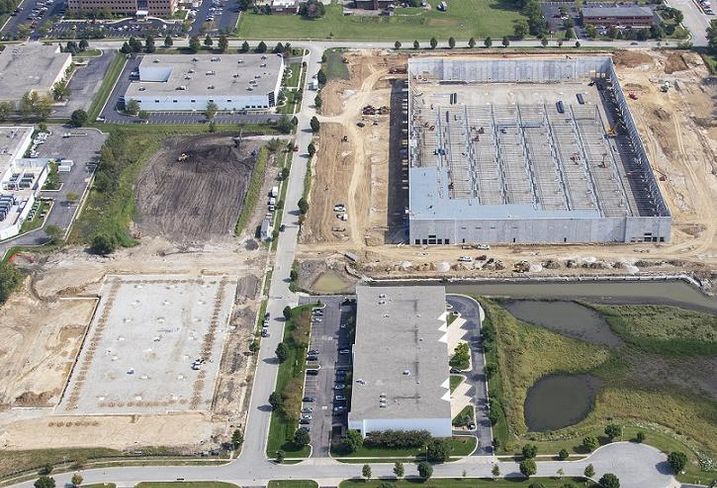 Chicago-area industrial developers slowed down somewhat in 2018, completing between 2M and 5M SF in each quarter that year, according to a new report from Colliers International.

Leasing remained strong over that stretch, as companies continued to reconstruct supply chains and increase capacity to deliver product through e-commerce channels. In response, builders ramped up deliveries in 2019, especially the last two quarters, hitting totals not seen in years.

Developers finished 23.1M SF of new product in 2019, including 15.1M SF of speculative product, a record amount of spec since the current development cycle began in 2013. Of the 83 projects delivered, 52 were built on spec.

Developers have largely been awarded for launching spec projects, Colliers added. Even with the massive amount of space delivered since 2013, the overall vacancy rate for these properties keeps going down. By the end of 2019, it fell to 29.3%, the lowest it has been this cycle.

"This figure has decreased each of the past 11 quarters, indicating that demand for new speculative warehouse space is outpacing new supply and the market is not being overbuilt," Colliers said.

About 13.9M SF of spec product was leased in 2019, Colliers added, and nearly 9M SF of those leases were signed in the year’s second half.

The largest spec projects have typically been built in the I-55 Corridor and I-80/Joliet Corridor submarkets, and many of these big-boxes did have some trouble securing tenants. Of the 32.6M SF of spec product built in these two submarkets since 2013, about half of the Chicago region’s total, 74% and 66% have been leased, respectively, Colliers said. In Lake County, 88% of such spec product has leased.

But the big-boxes started bringing in tenants at a rapid clip in the last few months of the year. Target signed a new lease for 1.2M SF in a spec building developed by The Opus Group and AEW Capital Management at 3300 Channahon Road in southwest suburban Channahon, and CenterPoint Properties secured UNIS Co. for 827K SF in its speculative building at 3901 Brandon Road in Joliet.

Amazon’s October announcement that Venture One Real Estate will break ground in Channahon on its latest 1M SF fulfillment center is one sign that e-commerce will keep fueling the region’s industrial sector in 2020.