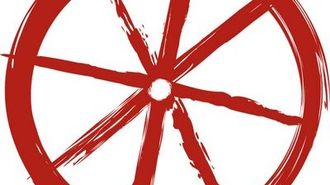 "The Wheeling Town Center will enhance property values and be a catalyst for future development," Village of Wheeling Director of Economic Development John Melaniphy said. “Wheeling’s development pipeline is growing significantly with over $200M in new projects in various stages of development.”

A 10K SF City Works Eatery and Pour House on the town center's pedestrian plaza will serve homemade American food. It will boast an extensive drinks menu with over 90 craft and specialty beers, and have indoor and outdoor seating.

Nearby, the LaSalle Group is making significant progress on the 102-unit Whitley of Wheeling, a senior housing project at 60-156 West Dundee Road. Expected to open in late 2018 or early 2019, the assisted living and memory care facility will provide senior housing for Wheeling and surrounding communities in a peaceful setting across from Heritage Park.

Courtesy: Village of Wheeing
Construction is underway for the 102-unit Whitley of Wheeling.

Another large-scale project is Hamilton Partners’ 181K SF speculative industrial building at 720 Northgate Parkway. Designed for warehouse, distribution, logistics and manufacturing uses, the project broke ground in April and is expected to come online by the end of the year.

The project has been progressing at a feverish pace, Melaniphy said. Although Wheeling already has nearly 14M SF of industrial, its vacancy rate is just 6%. Wheeling has the fifth-largest manufacturing employment concentration in the state behind Chicago, Elk Grove Village, Rockford and Elgin.

The Village of Wheeling provided a tax incentive for the project, citing its potential to reactivate a vacant industrial site and create jobs.

Another highly anticipated arrival is Boston Fish Market, which will open in the former Pete Miller’s Prime Steak and Seafood restaurant at 412 North Milwaukee Ave. in early 2018. Boston Fish Market has undertaken an expansion of, and significant improvements to, the facility, overhauling the outdoor patio area, parking lot and interior.

The restaurant is also planning a retail operation allowing customers to purchase fresh fish daily. It will join a thriving retail/restaurant scene in Wheeling.

"The Village’s total retail sales reached over $600M, with restaurant sales of over $92M,” Melaniphy said.

Wheeling’s activity surge will not be confined to the ground. Hawthorne Aviation recently received approval to build two 35K SF hangars at Wheeling’s Chicago Executive Airport, the third-busiest airport in Illinois. The field is home to over 200 aircraft with over 75,000 annual takeoffs and landings.

Two developments in their early stages are generating excitement. DR Horton recently received Village Board approval to redevelop the Deerfield Moving & Storage facility at 415 North Wolf Road into 39 townhomes. The developer will break ground in early 2018.

“The town center will retain more shopping dollars in Wheeling and will add a more cosmopolitan character to the village," Melaniphy said.