Chicago-based The Habitat Co. continues to grow its national profile and just acquired three new rental properties outside of Illinois. Its portfolio now includes The Village of Hyde Park, a development of 43 townhomes in Detroit; Harbour Club, a 1,112-unit market-rate property in Bellville, Michigan; and Cedarvale Highlands, a 108-unit market-rate community in Eagan, Minnesota. 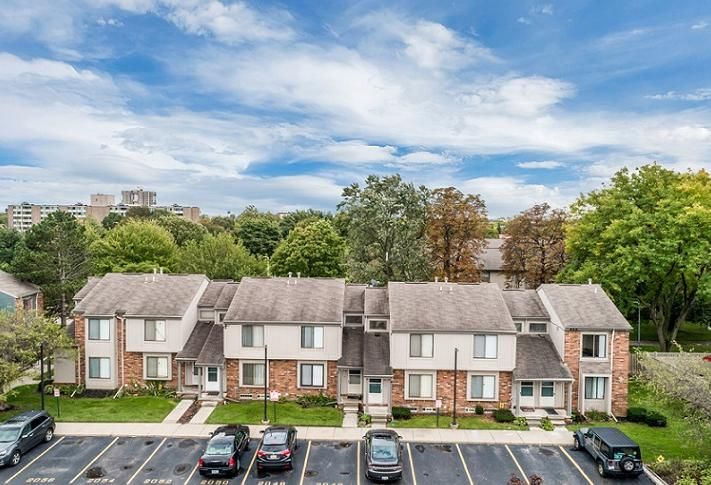 Courtesy of The Habitat Co.
The Village of Hyde Park

Habitat paid approximately $100M total for the three properties, and has funding in place for significant upgrades and renovations at each.

“These acquisitions align perfectly with our forward-looking goals for the company, which include remaining dedicated to identifying and acquiring value-add properties that have long-term potential,” Habitat Co. President Matt Fiascone said. “All three of these properties not only meet that requirement and expand our ownership to new markets like Minneapolis, but also support our ongoing commitment to growing the number of communities we serve.”

Adding Harbour Club to its portfolio further boosts Habitat’s presence in southeast Michigan. The company now manages more than 2,500 units in the state.

Just outside of Ann Arbor, Michigan, and about 15 minutes from the Detroit International Airport, Harbor Club features studio, one-bedroom/one-bath and two-bedroom/two-bath units. Habitat plans a multi-tiered unit renovation program, clubhouse expansion, common area renovations, and a new name and brand identity along with external enhancements that highlight the property’s setting on Lake Belleville.

The Village of Hyde Park sits immediately outside of Detroit’s vibrant downtown and offers 43 two-bedroom, one and a half bath market-rate townhomes. The units feature 16-foot ceilings, private patios with views of either the park or city, in-unit washer and dryer and extra storage. A full renovation program will take place over the next few years.

Habitat, which handles the leasing and property management for all three communities, will continue a renovation strategy at the 108-unit Cedarvale Highlands that includes new kitchens and baths along with enhancements to the common areas and shared spaces.

Frank Monterisi will join Chicago-based Related Midwest’s senior executive leadership team as chief operating officer, a newly created role in the firm. Monterisi comes to Related Midwest after working for New York City-based Related Cos., the parent company of Related Midwest, for the past 12 years, most recently as its senior vice president of development. He will oversee the development of 725 West Randolph St. and 900 West Randolph St. in the West Loop; 400 Lake Shore Drive and One Bennett Park in Streeterville; Lathrop on the North Side and Roosevelt Square on the Near West Side; and the 62-acre downtown mixed-use community, The 78.

Marshall, Gerstein & Borun LLP extended its lease in Chicago’s iconic Willis Tower. The firm, which employs nearly 100 intellectual property attorneys, patent agents and technical specialists, relocated to Willis Tower in 1993, and will maintain its presence on the 62nd and 63rd floors of the Tower through 2031. Marshall Gerstein’s lease negotiations were spearheaded by partners Randall Rueth, Jennifer Burnette and Michael Furmanek. The firm’s broker was CBRE, and its team included Kyle Kamin, Jon Milonas and Peter Livaditis.

Lee & Associates closed a lease transaction for a 22K SF industrial space at 101 Paragon Drive in suburban Romeoville. Terry Grapenthin, Jeff Galante and Ryan Earley represented the owner, Lakeview Realty Investors. The team completed one other lease at this address within the last month. Ryan Klink of Cushman & Wakefield represented the tenant, Chemtech Services, a manufacturer of high-vacuum distillation equipment. 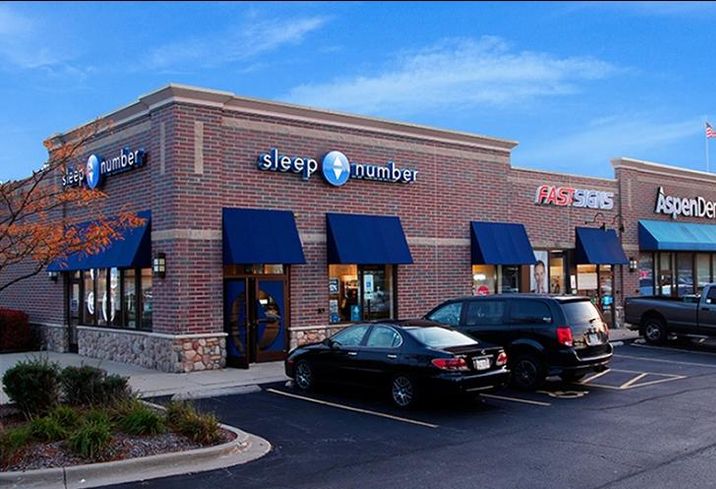 Jeff Lefko and Bill Asher of Hanley Investment Group Real Estate Advisors arranged the sale of a multi-tenant, pad building at 7310 Walton St. in downstate Rockford. Walmart Supercenter shadow-anchors the 9K SF building, and Aspen Dental, Sleep Number and FASTSIGNS occupy it. The sale cap rate was 7.23%. This is Lefko and Asher’s 14th multi-tenant pad sale in the Midwest in the last 12 months. The pair represented the seller, N3 Real Estate of Southlake, Texas. The buyer, a private investor from Orange County, California, was represented by Ronald Shunia of BOSC Realty Advisors in Bloomfield Hills, Michigan.

CONLON Commercial completed the $9.25M sale of the Naperville Medical Center, a 37K SF medical building at 640 South Washington in downtown Naperville. CONLON’s Dan O’Neill marketed the building on behalf of the seller.

A New York-based private buyer paid $10.6M for 1717 Park St., a 114K SF Class-B office building in suburban Naperville. Imperial Realty's Drew Neems and Theron May represented the seller, a Chicago-based private owner, and procured the buyer. The state of Illinois, specifically the Illinois Department of Human Services for DuPage County, is the anchor tenant with 34,500 SF. Ten tenants occupy 87% of the building. 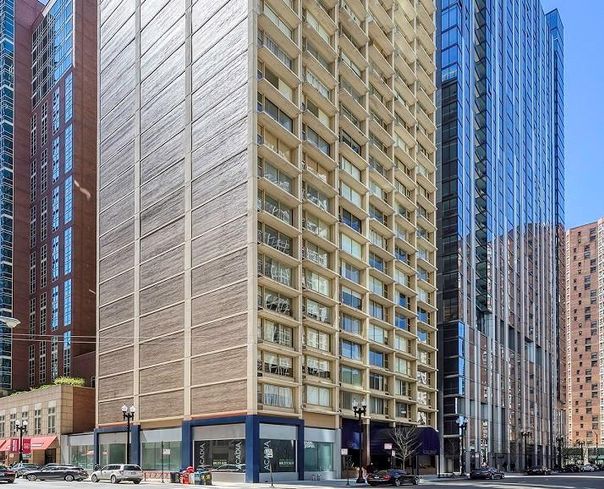 21 East Chestnut Condo Association retained CBRE to list its 168-unit condo property in Chicago for deconversion to apartments. Sam Haddadin and Dan Cohen will represent the association in the sale. Built in 1962 and converted to condos in 1979, the 25-story multifamily tower offers a mix of studio, one-bedroom and two-bedroom units.

Marcus & Millichap completed the $1.5M sale of a net-leased Wendy’s at 900 Busse Road in suburban Elk Grove Village, Illinois, according to David G. Bradley of the firm’s Chicago Downtown office. Marcus & Millichap's Brian Parmacek marketed the property on behalf of the seller. The buyer was secured and represented by Calvin Y. Lee of Marcus & Millichap’s Los Angeles office. 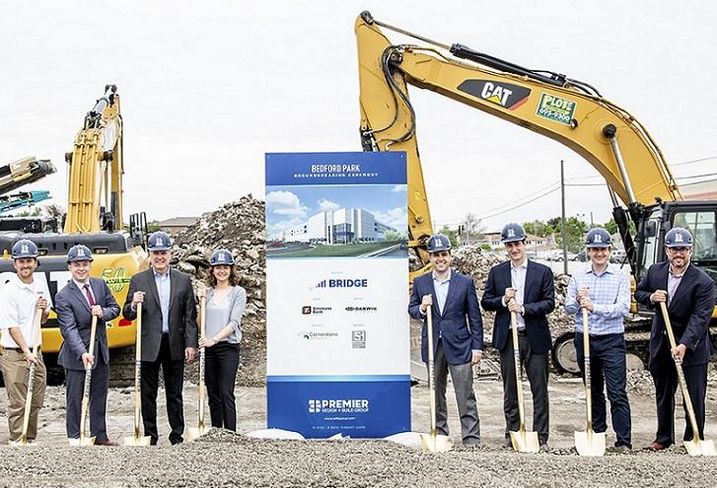 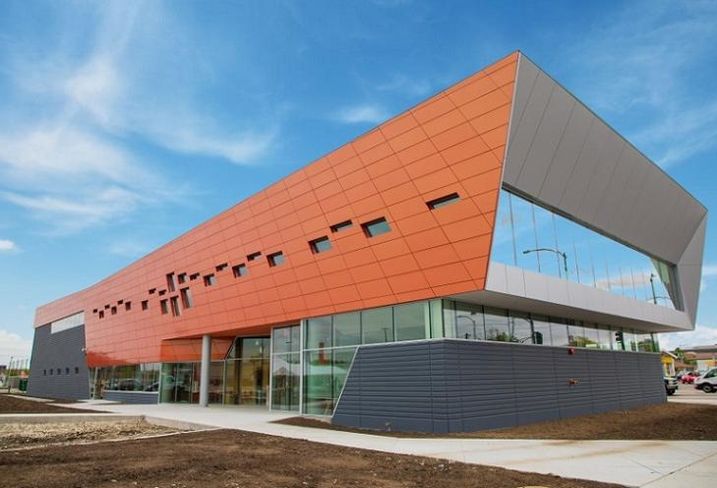 Many neighborhoods near Illinois universities provide a number of affordable housing options, according to RENTCafé’s most recent study. The University of Illinois Urbana-Champaign has the lowest rent prices near a top U.S. university. The average rent in apartment buildings within a 1-mile radius around UIUC is $890, or $506 cheaper than the city average. At Loyola University in Chicago, the $1,110 average rent within 1 mile of the Lake Shore campus is $788 less than the city average. Rents near Illinois Institute of Technology’s campus average $1,185, and near the University of Chicago, the average rent is $1,249.