After providing much of Illinois’ government a downtown Chicago home for the past 34 years, the iconic James R. Thompson Center might finally be sold. Gov. J.B. Pritzker on Friday signed Senate Bill 866, which establishes a two-year process to secure a buyer for the 17-story glass structure at 100 West Randolph. 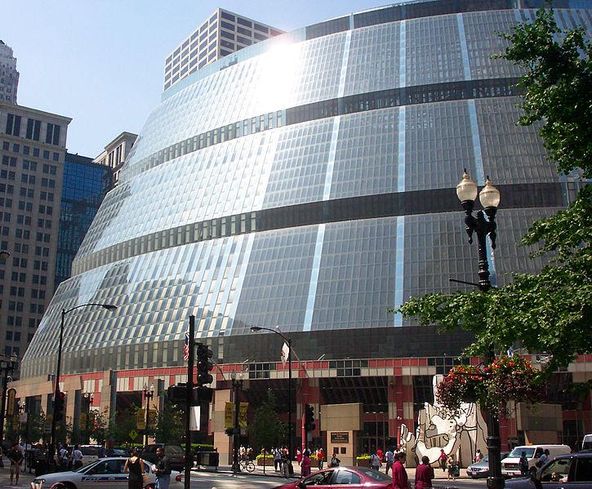 Officials debated for years whether to sell the building, designed by Helmut Jahn, but the move was delayed due to the legislative stalemate between Democrats and former Gov. Bruce Rauner, who believed a sale could bring in up to $300M for the state’s unfunded pension liabilities.

The new law requires the state to draft a request for qualifications for possible buyers within the next six weeks, and within one year publish an official request for proposals. After giving respondents four or five months to develop offers, all of which must include the preservation of the Chicago Transit Authority’s underground Clark and Lake station, the state will take another five months to evaluate, negotiate and award the contract before the 24-month deadline.

In the event of a sale, the state plans to relocate current employees to the Michael A. Bilandic Building at 160 North LaSalle, along with other underutilized state facilities.

The advocacy group Preservation Chicago put the Thompson Center on its 2019 list of most endangered buildings (the property is a regular entry on the list), noting that the legislation signed by Pritzker does not require a buyer to preserve the historic postmodern structure.

Whether any buyer will make a worthwhile offer remains an open question, but Preservation Chicago said Jahn’s vast, glass-walled interior was meant to symbolize open and transparent government, and also provides the downtown with needed public space.

“If sold to the highest bidder, these benefits are almost certain to be lost,” the group said.

Todd Meyer joined the global design and engineering firm Stantec as a Chicago-based principal. As a member of the firm's Urban Places practice, Meyer will focus on community development projects across the U.S. and Canada. He is part of the design and project management team for Phase 1 of the Red and Purple Lines Modernization Program with the Chicago Transit Authority, the largest capital improvement project in CTA history.

Jane Robins will return to Arthur J. Rogers & Co. as vice president. She was previously with the firm from 2001 through 2012, and most recently a senior director with Transwestern. She specializes in corporate real estate solutions and manufacturing with an emphasis on the metals industry.

KTGY Architecture + Planning hired Demetrios Stavrianos as Chicago-based executive director of architecture. He brings KTGY 32 years of experience in multifamily, mixed-use, retail and office design, as well as urban planning. Stavrianos spent 13 years at CallisonRTKL, where he was lead designer and residential studio director. Prior to that, Stavrianos was an associate with Pappageorge Haymes Partners. 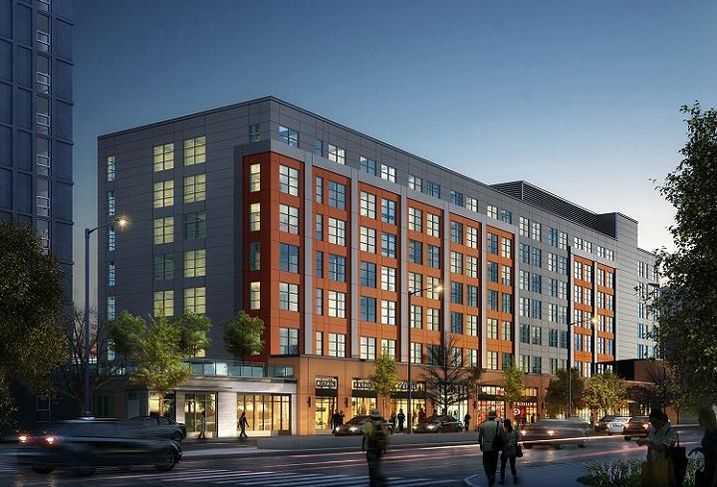 Courtesy of The Habitat Co.
The Concord at Sheridan, 6438 North Sheridan Road in Chicago’s Rogers Park

The Habitat Co. started pre-leasing for 111 apartments at The Concord at Sheridan, a seven-story, mixed-use, mixed-income development at 6438 North Sheridan Road in Chicago’s Rogers Park neighborhood. The project, a joint venture that includes Three Corners Development, Iceberg Development, the Chicago Housing Authority, Lightengale Group and Cubit Development, will welcome its first residents this spring. It will have nearly 30K SF of ground-floor retail space, anchored by a small Target store. CHA residents will occupy 65 units, while the remaining 46 will be market-rate. GREC Architects designed the eco-friendly building, and Rightway Madison JV serves as the general contractor. The Illinois Housing Development Authority, the CHA, the city of Chicago, Citibank, The Richman Group and Credit Capital provided financing. 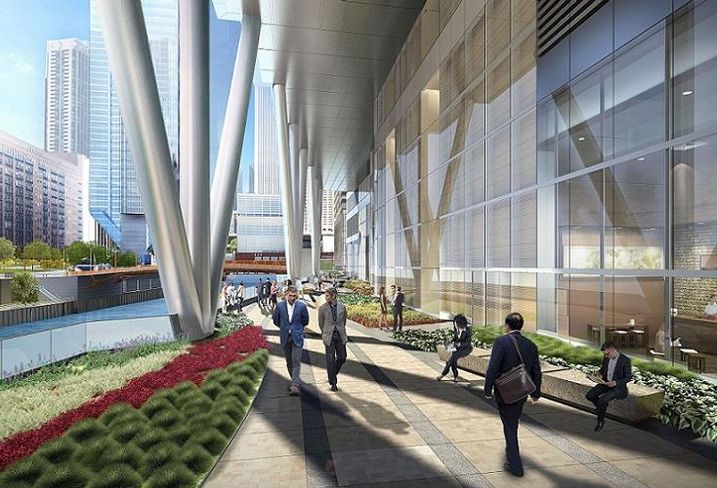 Mellody Farm, one of the region’s largest ground-up retail developments, added Buttermilk Café to its roster of tenants. The breakfast and brunch restaurant will open its third location in the Chicago region at the 270K SF Vernon Hills center this fall, and occupy about 4K SF. Other restaurants at Mellody Farm include Lazy Dog Restaurant & Bar, Kuma’s Corner and B. Good, a farm-to-table restaurant chain. Anchor retailers include Whole Foods Market, REI, Nordstrom Rack and HomeGoods.

Brown Commercial Group completed the sale of a 47K SF industrial building at 3201 Tollview Drive in suburban Rolling Meadows. The transaction was a partial sale-leaseback, with seller HK&RP LLC continuing to occupy about 27K SF of the building while the buyer, Alliance Moving and Storage, occupies the remaining 17K SF of warehouse space and 2.5K SF of office. Brown Commercial Group’s Dan Brown represented the seller and Jim Pietrarosso represented the buyer. 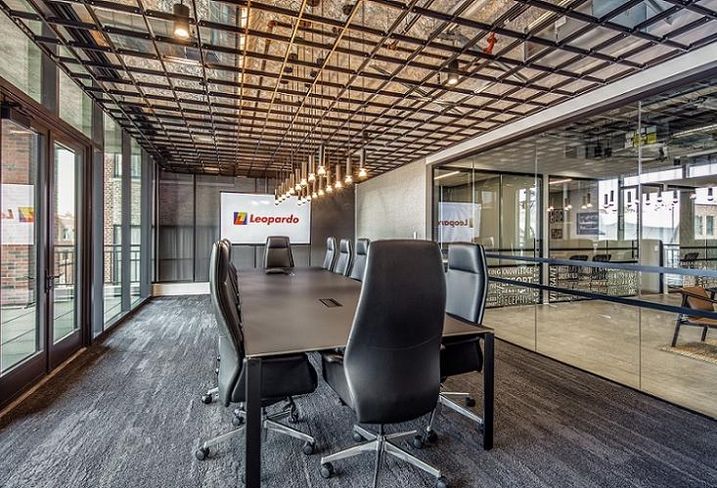 Leopardo Cos. completed 210 North Carpenter, a 200K SF, 12-story boutique office building in the Fulton Market District. In addition to serving as general contractor, Leopardo signed a long-term lease for 24K SF. The space boasts nearly 80% more square footage than its former location in Chicago’s Loop at 333 West Wacker. Solomon Cordwell Buenz designed the base building, while the build-out of Leopardo’s new office was designed by architect Partners by Design. Leopardo Cos. corporate headquarters will remain in Hoffman Estates.

Sterling Bay and DL3 Realty formed a partnership to develop a project at 67th Street and Wentworth Avenue in Chicago’s Englewood neighborhood. The 5-acre site will be Sterling Bay’s first South Side development. The partners will release more details in the coming weeks. 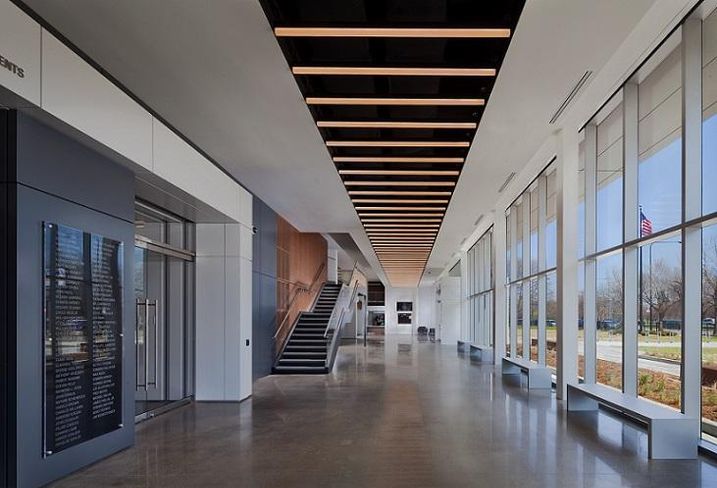 RentCafé just released its monthly rent report on the 253 largest U.S. cities. Nationwide, rent prices increased by 3.2% over the year — the lowest annual growth seen in more than six months. In Chicago, average rents hit $1,900, a 3.8% increase over the $1,830 recorded one year ago. 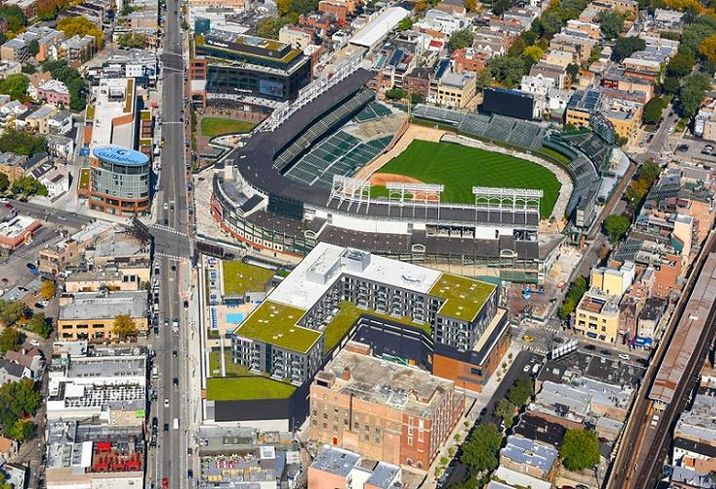 Courtesy of M&R Development
The Residences at Addison & Clark

The Residences at Addison & Clark, a 148-unit luxury apartment complex across the street from historic Wrigley Field, earned LEED Silver certification from the U.S. Green Building Council. M&R Development and Bucksbaum Retail Properties developed the project in a joint venture that used locally sourced materials and diverted construction waste from landfills. The building also uses a green roof with drought-resistant vegetation that helps manage stormwater runoff, among many other environmentally friendly features.