RDG Funds has kicked off the redevelopment of 156 North Jefferson between Randolph and Lake streets on the Near West Side of Chicago. Originally built as a 19th-century manufacturing facility, the structure will be repurposed as office space. 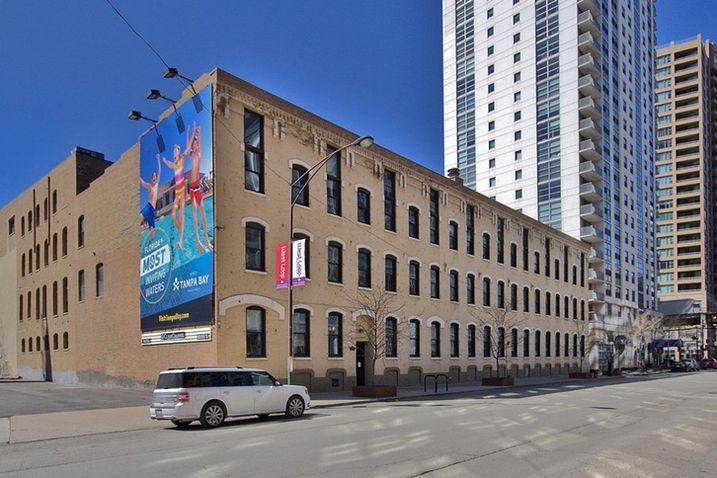 The property was built in 1865 as the fourth home to pipe and metal parts manufacturer Crane Co., which was founded by industrialist Richard Teller Crane in 1855. It was one of few buildings of this vintage to survive the Chicago Fire, as it was west of the burn area. By 1981, Crane had fully vacated the building and moved its headquarters to Connecticut, where it remains today.

The early Italianate-style, timber-frame building is three stories with a raised basement. Many of the original features remain, including brick lintels and metal hardware from wood shutters. A variety of additions that were completed in the late 1800s have since been demolished.

As part of its rehabilitation for office use, Summit will complete a full interior demolition of 156 North Jefferson. The work will include the relocation of the pedestrian entrance on Jefferson Street, installation of new windows along the north alley, wood and steel structural reinforcement, installation of a new elevator, all new HVAC, electrical and plumbing systems, sandblasting to expose old brick and timber framing, and the construction of a new roof deck.

Following the core and shell work, Summit will also complete a full build-out including a basement gym and office space on the first, second and third floors that will highlight the building’s historic architectural features. The work totals about 30K SF and will be completed in early 2019.

Chicago-based Dermody Properties has hired Elizabeth Kauchak as chief operating officer. Before joining Dermody Properties, Kauchak was vice president/market officer for Prologis in the Bay Area, where she oversaw the leasing and property management teams for the company’s 19.6M SF portfolio.

The Gettys Group, a firm specializing in interior design, development, branding and procurement of hotels, has advanced company veteran Ron Swidler to the newly created position of chief innovation officer. Swidler began his career with The Gettys Group as its first hire in 1988, and has held numerous positions throughout his tenure, most recently creating and leading the branding group as its principal.

NAI Hiffman has named Timothy Hauert as senior project manager to lead the growth of its project management platform. He will report to Managing Director of Management Services Robert Assoian. 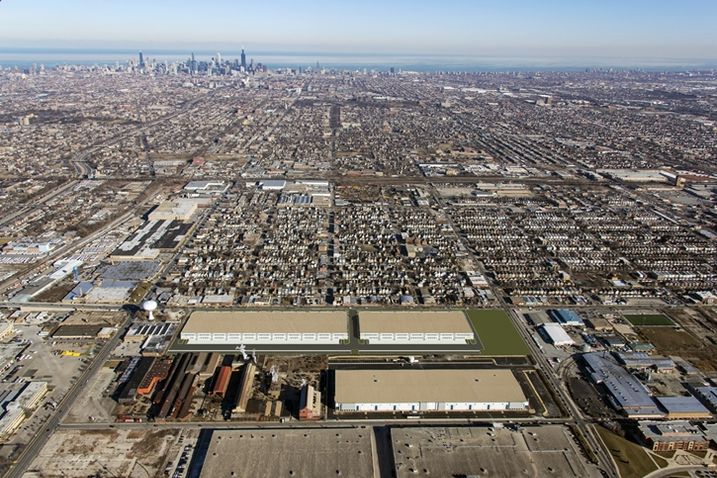 Clybourn Galleria, a 24K SF, fully leased retail center at 1841-1847 North Clybourn Ave. in Lincoln Park, has traded hands for an unspecified price. HFF's Amy Sands and Clinton Mitchell marketed the property on behalf of the seller, Newport Capital Partners. Westwood Financial bought the asset. HFF also brokered the sale of the property to the seller in 2013.

Venture One Real Estate, through its acquisition fund VK Industrial IV L.P. — a partnership between Venture One and Kovitz Investment Group — has closed on the acquisition of a 160K SF, two-building industrial portfolio at 1020 Frontenac Road in Naperville and 1850 Greenleaf Ave. in Elk Grove Village. 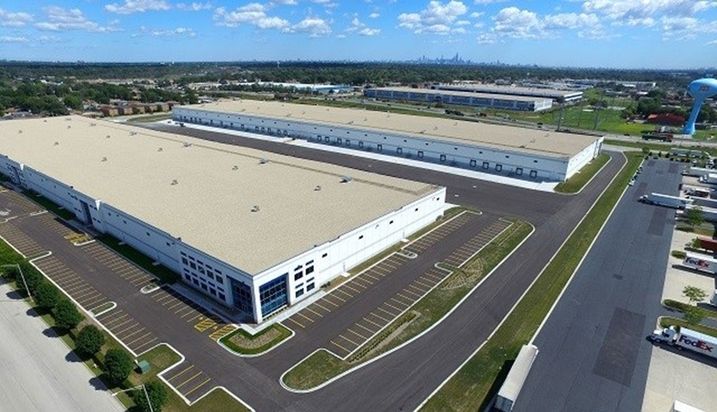 NKF's Geoffrey Kasselman has brokered a 353K SF lease extension at 8601 West 47th St. for Assemblers Inc. Founded in 1974, Assemblers is an assembly and contract packaging company that has occupied 8601 West 47th St. since 2016, when it leased the space to serve as its third Chicago-area facility.

The Opus Group and USAA Real Estate have pre-leased their 423K SF warehouse at 10 Falcon Court in Streamwood to Expeditors International, a logistics company. Located on 35 acres near the Elgin O’Hare Expressway, the building will feature 32-foot clear heights, 48 exterior truck docks, up to 55 trailer parking stalls and 193 parking spaces. The build-out is slated for completion later this fall.

Eggsperience and Meat and Potato Eatery are the two newest restaurants to lease space at the nearly completed Wheeling Town Center, which will open in early 2019. The additions bring the space to 83% occupancy. Each restaurant will occupy 4K SF and provide outdoor seating areas. Eggsperience serves lunch and breakfast at eight Chicago-area locations, while Meat and Potato Eatery has been serving lunch and dinner since 2015 at two locations in McHenry and Carpentersville. 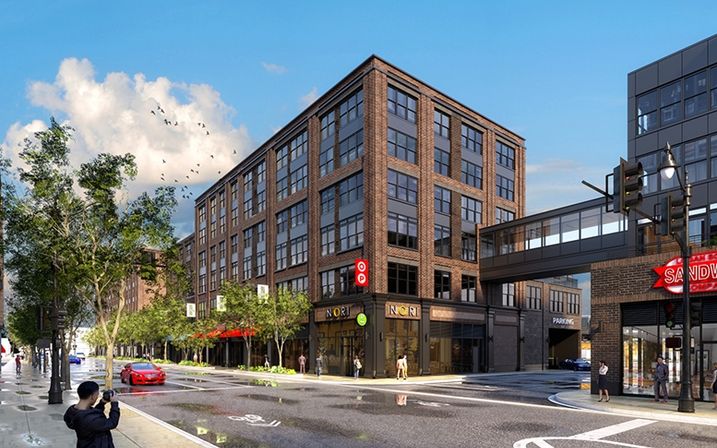 HFF has arranged a joint venture equity partnership between the Fifield Cos. and an institutional investor to develop Logan’s Crossing. The property will be on the site of the former Megamall at the southwest corner of North Milwaukee and North Sacramento avenues in Chicago, and is slated for completion in Q4 2019. It will include residential units and 62K SF of retail anchored by Target. The seller of the land, Terraco Real Estate, remains in the deal as a co-developer.

CEDARst has nearly completed the redeveloped The Ardus at 676 North LaSalle in Chicago. The project features 149 apartments — a mix of studios, one-bedrooms and three-bedroom duplexes, a fitness center with class space, a community lobby with a Heritage Outpost and, in the near future, a bicycle repair shop. In addition to renovating the existing building, the developer added new construction on the site’s parking lot. 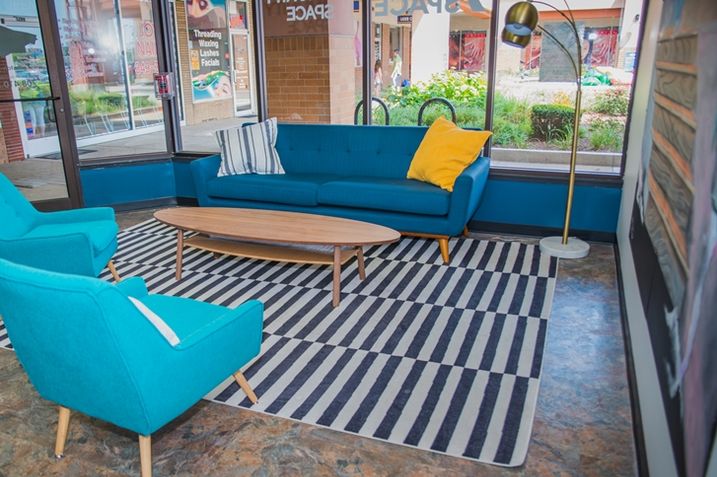 NewMark Merrill Cos., a Woodland Hills, California-based retail developer, has opened Rspace, a community gathering space at the 404K SF Winston Plaza shopping center in Melrose Park. Rspace is 950 SF that provides merchants, nonprofits and community groups with a central place to meet, socialize or hosts groups of up to 30 people. Rspace features a large smart TV, a buffet table for food or meeting-related items, a connected restroom and free WiFi. The space is highlighted by two large pieces of original art by a prominent Chicago chalk artist, which will be changed throughout the year.

Podolsky Circle CORFAC International has been named a court-appointed receiver for various properties in the Chicago market. The three newest additions to Podolsky Circle’s receivership portfolio are in Franklin Park, Melrose Park and River Forest, and include industrial and retail properties as well as a portfolio of land assets. Podolsky Circle Senior Director of Property Management Robert Dahlgren will act as receiver for the assignments, while principal Adam Tarantur will oversee the brokerage side in select deals, as approved by the courts.