GEM Realty Capital completed its acquisition of Orrington Plaza in Evanston last week. The sale of the 20-story building, the tallest in the north suburb, was first announced in April. Terms of the sale were not disclosed, but it is believed the building is selling for $91M. 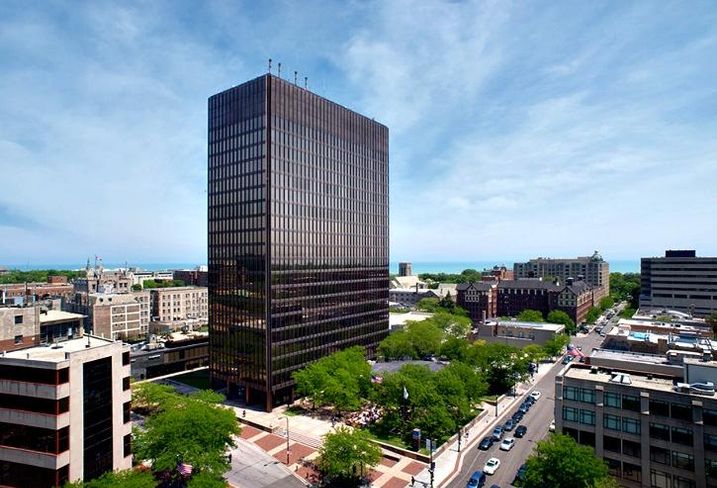 The sellers are a partnership of Golub & Co. and Investcorp, which bought the building for $61.1M in 2013. Golub will retain an ownership stake in Orrington Plaza and will continue to operate, manage and lease the building.

A Golub team led by Adam Short negotiated the transaction. The sellers were represented by CBRE's Paul Lundstedt and Dan Dueter. 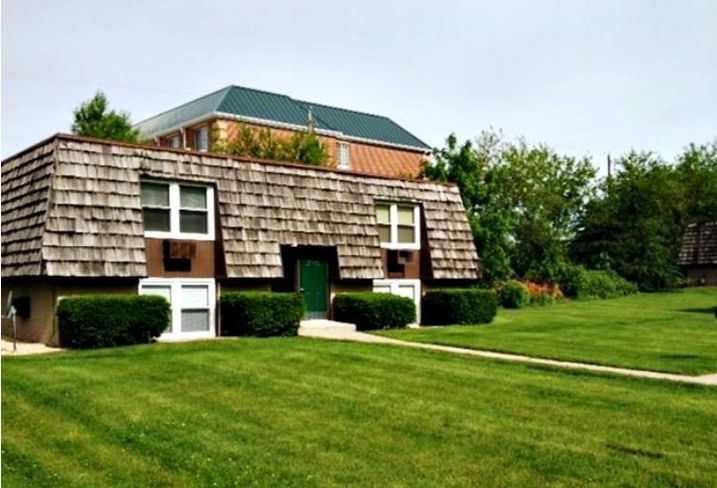 Entre Commercial Realty’s Mike and John Gazzola assisted IST America in the $314K acquisition of a 4,181 SF industrial condo at 125 Capista Drive in Shorewood. This acquisition was a sale-leaseback with PFB Center. Seller Inland Contractors, a local electrical contractor, will remain as a tenant. The long-term use for the unit will be for expansion of IST’s U.S. operations. 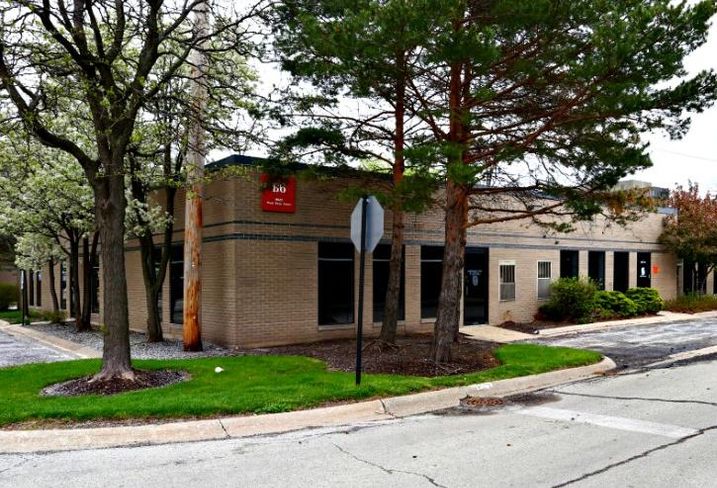 Millennium Properties’ Michael Mintz and Brad Thompson facilitated the sale of 1344 and 1400 South Karlov and 7742 South Colfax in Chicago. The properties contain 10 recently updated apartment buildings, all of them two- and three-bedroom units.

Greenstone Partners represented the seller of Park St. Claire, a two-tenant inline retail center at the corner of Higgins and Meacham roads in Schaumburg. 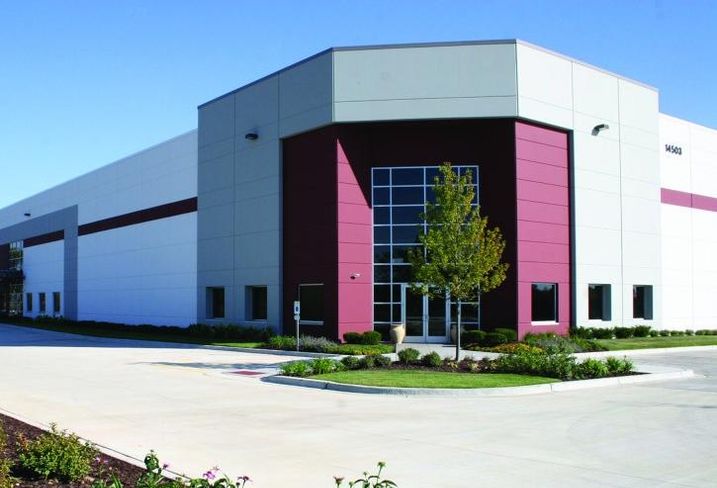 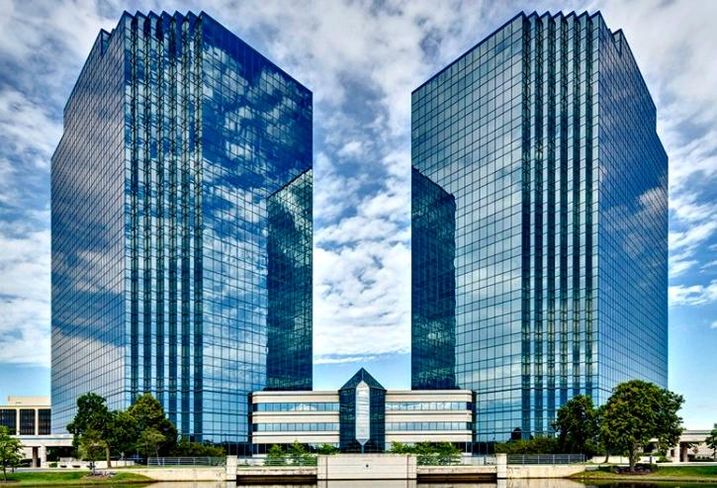 Cohen Financial’s Dan Rosenberg and Matt Terpstra secured a total of $110M in financing for the acquisition of Schaumburg Towers by American Landmark Properties. Cohen Financial secured the loan from a partnership of lenders including Prime Finance Partners and Pearlmark Real Estate Partners. Cohen Financial partnered with CBRE’s Steve Roth to secure the financing.

Principle Construction hired Rob Gibbons as senior project manager. Most recently, Gibbons was a project manager for Henkels & McCoy, where he worked on transmission line and substation contracting throughout Wisconsin. 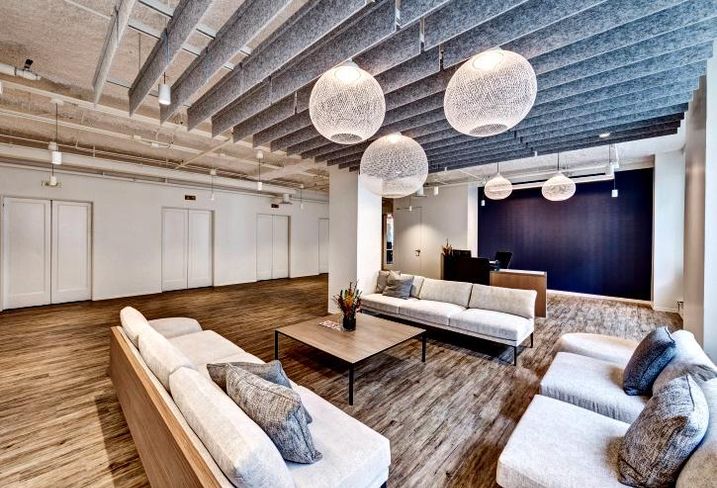 Courtesy of J.C. Anderson
The law offices of Fitch, Even, Tabin & Flannery at 120 South LaSalle

Duke Realty began construction of a 183K SF bulk warehouse at 990 North Ave. in Glendale Heights. The building is slated for delivery in November.

Leasing is underway at 229 Park, a 42-unit apartment community nearing completion in Clarendon Hills. Located at the corner of Park and Walker avenues, 229 Park has a mix of one- and two-bedroom floor plans, including seven flexible live-work residences. One-bedroom apartments rent from $1,700/month, and two-bedroom apartments start at $2,750/month. The live-work residences rent from $3,150/month, and offer storefront office or studio space with street-level access and the ability to display custom signage.

Vermillion Development announced the beginning of pre-leasing at Viridian on Sheridan, a 100-unit luxury rental development at 734 West Sheridan Road in Lakeview. RMK Management will manage the property, while Luxury Living Chicago Realty is the exclusive marketing and leasing brokerage for the 10-story building.

Transwestern has been recognized as one of the “Best Workplaces in Chicago” by Fortune magazine and research and consulting firm Great Place to Work for the second consecutive year. The commercial real estate firm was ranked 19th out of 100 companies from various industries across the entire Chicago metro area.

Podolsky Circle CORFAC International volunteered at Feed My Starving Children in Schaumburg, where the team packed and boxed meals for children in need across the world. Founded in 1987, Feed My Starving Children is a nonprofit that provides nutritionally complete meals specifically formulated for malnourished children. FMSC distributes food to nearly 70 countries around the world through humanitarian agencies and missions. All meals, 24 cents each, are funded by donors and packed by volunteers.