RDG Funds, a Chicago-based private equity firm, purchased the property for $40M. The per-unit price was one of the highest this year in Fulton Market, according to CoStar. 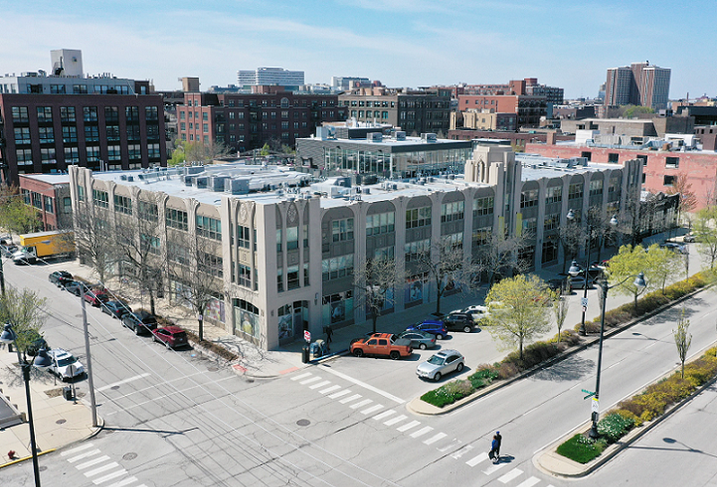 “As leading employers continue to establish and expand operations in the West Loop, demand for well-located rental communities like 13thirteen Randolph will increase as development pushes farther west,” Stofflet said.

“Barriers to entry in this location are higher not only because of rising land and construction costs, but also because the property falls within the boundaries of the Near North-Near West ARO Pilot, which means any new developments must comply with stricter affordability rules,” Stevens added.

13thirteen Randolph includes a three-story concrete building at 1313 West Randolph, built in 1927 and designed by Fox & Fox Architects in the Art Deco style, and 114 North Elizabeth, a two-story building built in 1892. Originally home to Chicago’s Wholesale Florist Exchange, the Randolph building was named to the National Register of Historic Places in 2012.

The following year, both structures, located blocks from the new global headquarters of McDonald’s and Midwest headquarters of Google, were renovated as residences and retail. Today, they house 12 studios, 38 one-bedrooms and 24 two-bedrooms that were 96% occupied at closing. The property also has a full floor of 100% occupied retail space.

RDG has retained Greystar, a property management firm, to assist with its business plan for the property.

Peak Construction Corp. hired several new employees. Solomon Dana joined as a project engineer, and now works on several projects in Chicagoland. Bret Thomison joined as an assistant superintendent. He is assisting on one of Peak’s industrial projects in the south suburbs.

Stream Realty Partners hired Adam Showalter as managing director within its Chicago office. Initially, Showalter will build Stream’s presence within the Chicago region, as well as uncover and execute acquisition and development opportunities. Prior to joining Stream, Showalter spent six years at Cushman & Wakefield and seven years at CBRE where he assisted in redeveloping, marketing and leasing office buildings in the Chicagoland area.

Newmark Knight Frank added several capital markets brokers to its Chicago office. James Postweiler, Peter Harwood and Derek Fohl joined from JLL, and all specialize in office investment transactions for institutional, corporate and private real estate owners in Chicago and throughout the Midwest. 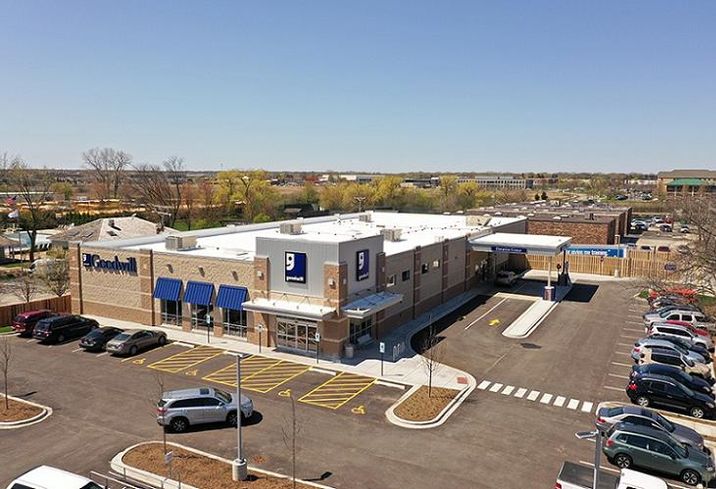 JLL marketed and closed the sale of a newly constructed 18K SF, single-tenant retail property, triple net leased to Goodwill, at 2740 Old Willow Road in the Chicago suburb of Glenview. The seller was a Chicago-based merchant developer. Florida-based Best Properties purchased the asset in a 1031 exchange. Goodwill Industries of Southeastern Wisconsin, the largest of the more than 165 Goodwill organizations in the world, started store operations last February with a 10-year lease.

Kiser Group brokered three West Ridge apartment buildings in separate transactions. 6300 North Leavitt, a 27-unit building, sold for $3M, the 26-unit 6515 North Seeley sold for $2.65M, and the six-unit 2737 West Glenlake sold for $880K. Kiser’s Danny Logarakis represented both the buyer and seller in all of the transactions. 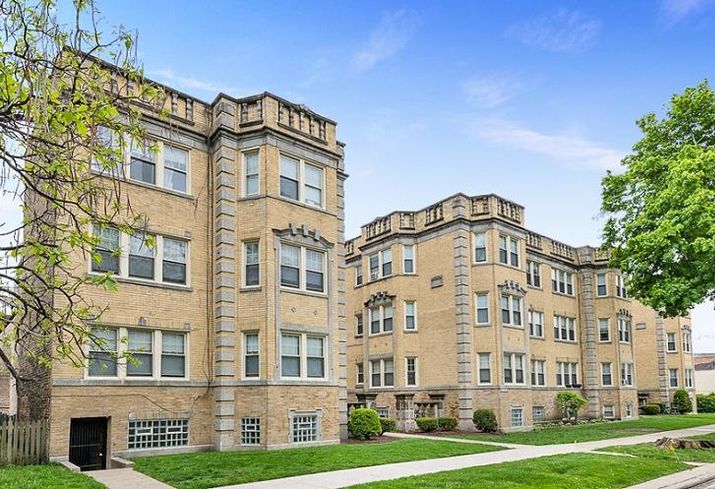 Interra Realty brokered the $4.27M sale of 6415-25 North Richmond St., a 37-unit rental community in Chicago’s West Rogers Park neighborhood. It was the largest multifamily sale in West Rogers Park by total price and unit count so far in 2019, according to CoStar. Interra’s Joe Smazal represented both the private seller and private buyer. The building was 95% occupied at the time of closing.

Target Marketing Systems signed a lease for 154K SF at 270 Madsen Drive in the Bloomingdale Corporate Center, an industrial business park in suburban Bloomingdale. The company, an importer and wholesale distributor of furniture products, will expand and relocate its U.S. headquarters to the building, vacating its current 101K SF space in nearby Carol Stream. NAI Hiffman’s Mark Moran represented the tenant, which fills the entire property. JLL represented the owner, Barings Real Estate Advisers. 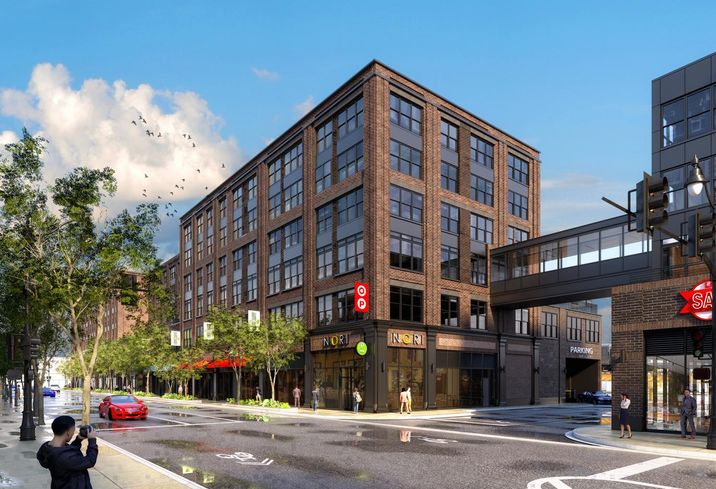 Courtesy of Fifield Cos.
Logan's Crossing

Chicago-based Fifield Cos. signed leases with three restaurants and one retailer to occupy ground-floor space at Logan Apartments, 2480-2522 North Milwaukee Ave. in Chicago’s Logan Square neighborhood. Big Wig Tacos, Jersey Mike’s Subs, K-Fire Korean BBQ and Verizon will occupy a combined total of nearly 7K SF, joining Target as ground-floor tenants. Target signed a lease in April 2018 for a 27K SF, small-format store that will serve as the building’s retail anchor. Logan Apartments, a mix of studio, one- and two-bedroom apartments, will open next spring on the site of the former Mega Mall.

Graycor Construction Co. completed the construction of The Table at Crate restaurant at Oakbrook Center in Oak Brook. The new restaurant occupies the former Crate and Barrel’s Land of Nod children’s space. The housewares retailer added the restaurant, which features products that can be purchased in the store, to enhance the customer experience and bring customers to the store.

The city just issued a permit for interior and exterior renovations to an existing six-story automotive showroom building at 2306 South Indiana, according to Chicago Cityscape. The $10M project will convert the property into 200-key hotel. 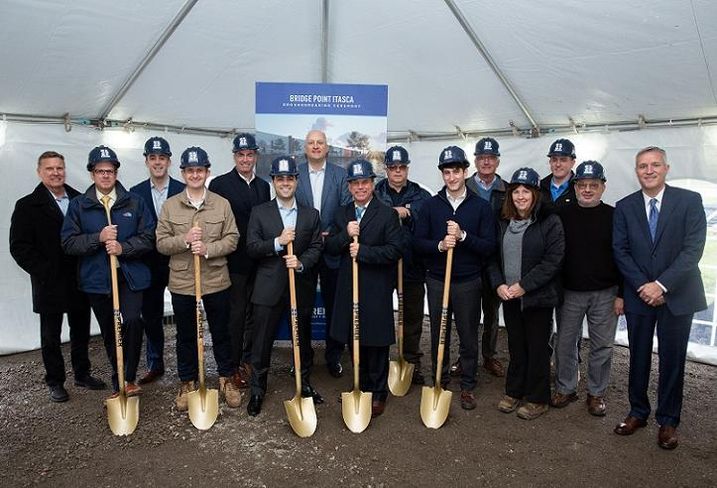