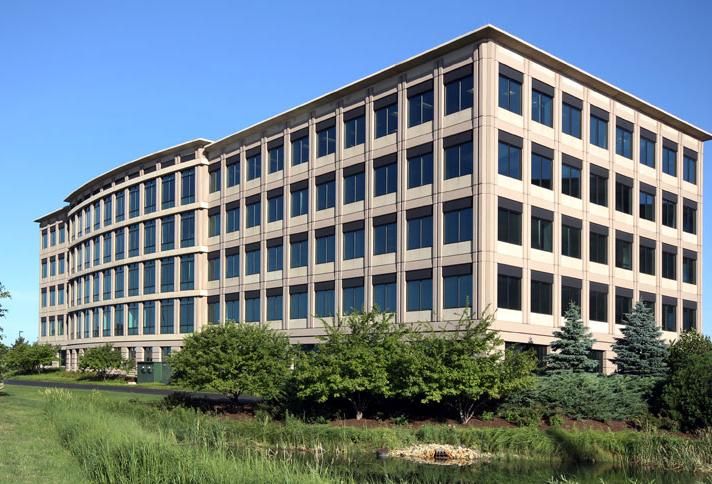 The building is 80% leased to tenants including AECOM, Regus, Sargent & Lundy, Dugan & Lopatka and DocuSign. Almost 70% of Cornerstone has been leased by the same tenants for more than 10 years.

“Once we marry the building’s stable existing tenancy with additional lease-up, Cornerstone will move from a strong asset to a superior one in our portfolio,” said Dmitry Gordeev, Fairbridge's founder and managing partner.

Fairbridge entered the Chicago area’s office market this year, and has shown a penchant for properties in the western suburbs, one of the region’s strongest submarkets.

It isn’t a coincidence that both of Fairbridge’s new acquisitions are near significant new mixed-use developments.

Hines’ new $500M mixed-use development on the former site of McDonald’s old office campus will rise across the street from Oak Brook Gateway. And a $92M project that includes a 364-unit luxury apartment building, 60 three-story townhomes and 34K SF of retail space on an 18-acre site is under construction by Interforum Holdings directly across the street from Cornerstone.

“This development serves as a testament to the area’s economic vibrancy and inevitable push towards growth,” Gordeev said of the latter. “It will create additional densification in the Lisle/Naperville submarket and add to the area’s amenity base, which will directly benefit our tenants and our building.” 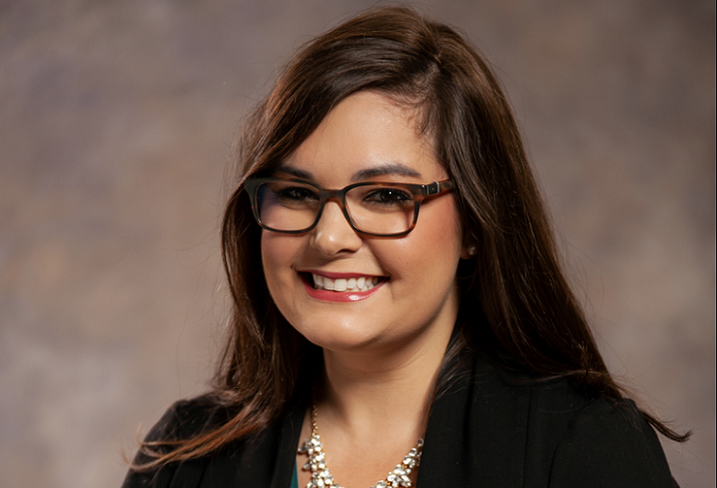 Chicago-based JLL added Michele Raysich to the firm’s project and development services team in Milwaukee as senior project manager. She will provide a wide range of project management services to clients, from building selection and initial design to budgeting, construction administration and project closeout. Before joining JLL, Raysich served as a project manager at In.Studio Architecture.

Cushman & Wakefield added David Knapp as executive managing director on the office investment services team. Knapp brings more than 15 years of experience, and comes to Cushman & Wakefield from Eastdil Secured, where he was a partner and managing director working primarily on office investment sales throughout the Midwest. Knapp also worked for CBRE and Principal Real Estate Investors.

Waterton, a national real estate investor and operator, hired Stella Pappas as a Chicago-based vice president of investor relations. Pappas brings over 15 years of experience, and will help to manage the firm’s investor and consultant relations and develop new client relationships for the firm’s multifamily, seniors and hotel business. She was formerly a director of capital markets at HFF.

Mark Levy joined Hilco Redevelopment Partners, a unit of Hilco Global, as executive vice president – industrial acquisitions. Levy will focus on sourcing and completing industrial redevelopment transactions throughout North America. Most recently, he served as executive managing director at JLL and a member of the firm’s regional executive leadership team.

Chicago-based CA Industrial, the industrial investment and development division of CA Ventures, appointed Michael Podboy as president for the division. CA Industrial was launched in July 2018 with a goal of investing $500M in speculative industrial development and acquisition opportunities throughout the U.S. over the next five years. Podboy most recently was founding principal of his own firm, Chicago-based PBRE Ventures LLC. 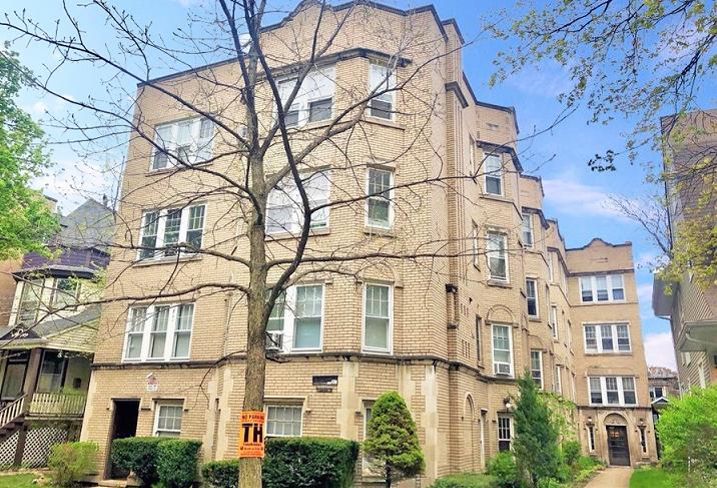 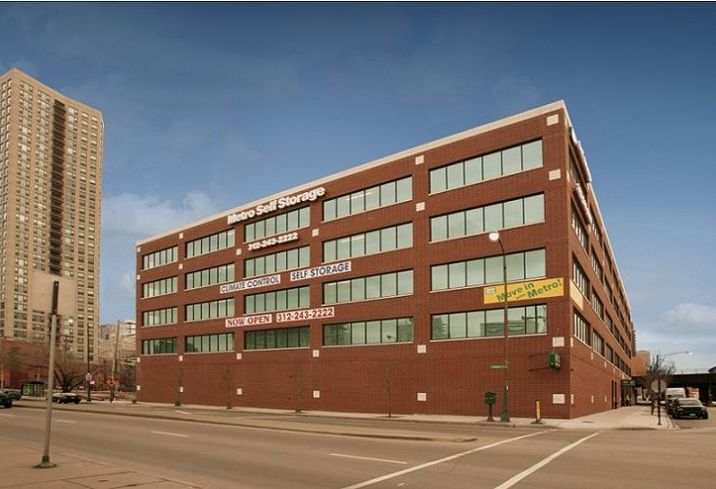 Courtesy of Talonvest Capital
One of the refinanced Chicago properties

Talonvest Capital, a boutique self-storage and commercial real estate mortgage brokerage firm, negotiated $123.25M in refinance loans on behalf of Metro Self Storage. The financing was accomplished through two separate notes secured by eight self-storage facilities in Georgia, 12 in Florida and two in Illinois, with a combined 1.5M rentable SF. Talonvest closed these loans approximately seven weeks after the applications were signed, company officials said.

JLL arranged a $9.4M refinancing for The Armoury, a 46K SF infill industrial facility at 404 North Armour St. in Chicago’s River West submarket, and repurposed as a trampoline park and athletic training facility. JLL’s Christopher Carroll, Jason Bond and Lucas Borges worked on behalf of the borrower, a partnership between Clear Height Properties and Diamond Realty Holdings, to place the fixed-rate loan with a financial holding company. 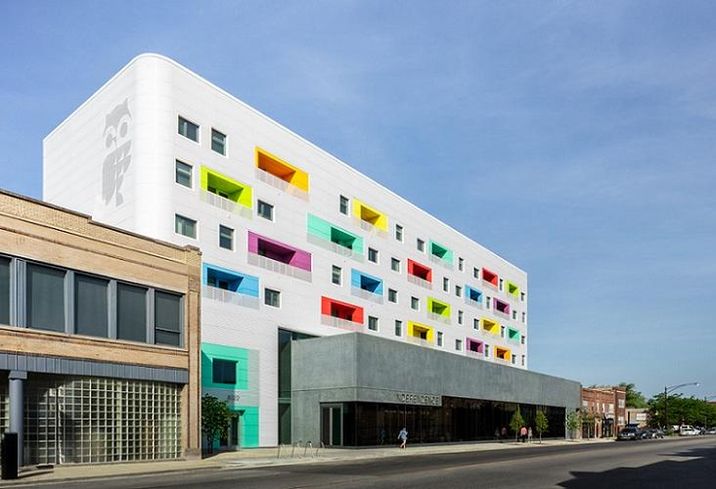 Belgravia Group unveiled a decorated model and started welcoming its first residents at Renelle on the River, its 18-story, 50-unit luxury condominium building along the Chicago River, just steps from Michigan Avenue in the city’s River North neighborhood. It was designed by bKL Architects, and buyers can move into their new homes this year. 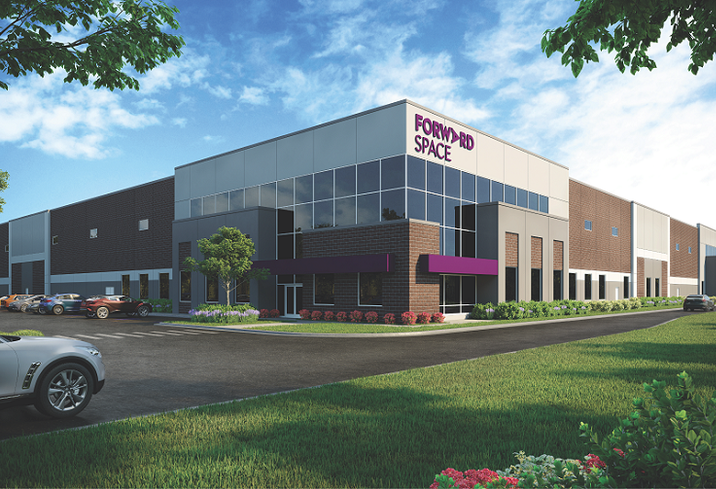 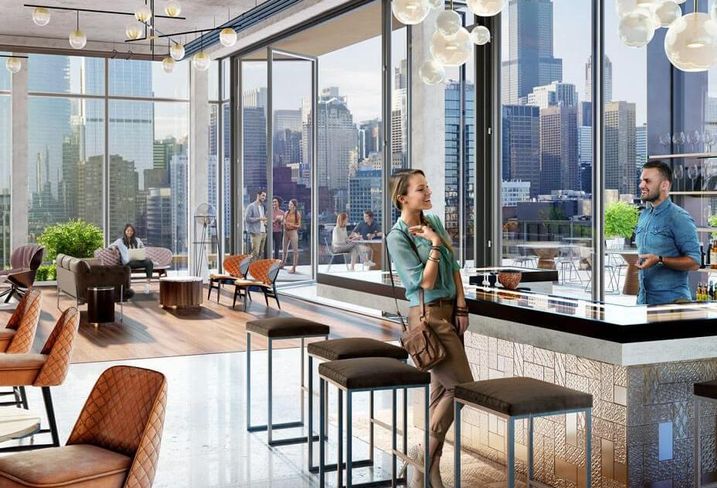 Tishman Speyer released renderings for 320 North Sangamon — the 13-story, 270K SF office building now rising in Chicago’s Fulton Market neighborhood. The firm and its co-developer, Chicago-based Mark Goodman & Associates, said they plan to have the property ready for occupancy by the first quarter of 2021. Chicago-based Solomon Cordwell Buenz is the project architect. Tishman Speyer’s Ellen May and Joe Gordon are the project’s leasing representatives.