Although data center demand and new development slowed throughout much of 2018, experts say users will clamor for space in the near future. Everyday internet users tapping on now-ubiquitous iPhones, along with corporations that need to upgrade their data infrastructure, will fuel demand, kicking off new developments throughout many metro areas even if the economy goes soft. 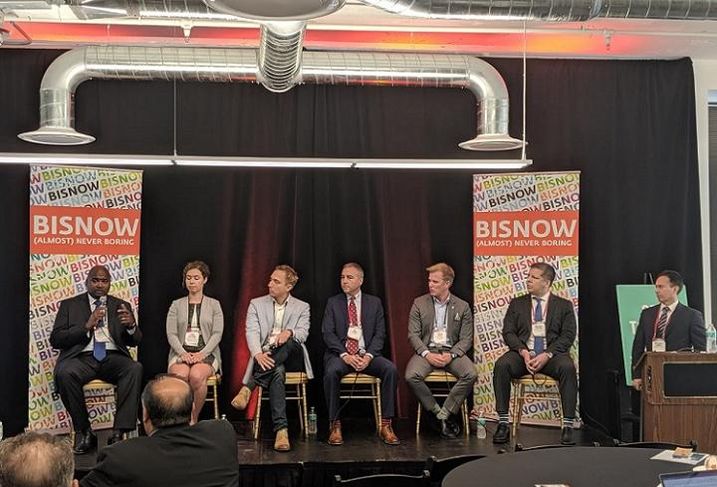 Data center expansion could continue even if the economy hits a rough patch because the use of electronic devices keeps growing regardless of consumer spending patterns.

“This is not just real estate, this is tech-enabled real estate, and that technology will continue to evolve,” Kawmy said.

Much of that demand could arise from the advent of 5G, a new cellular network technology that major carriers are rolling out in the U.S. starting this year, or the possible rollout of autonomous vehicles, among many other potential changes.

“We are still in the early stages of this evolution,” said John Brooks, Walgreens’ director of data center and server services.

Electronic communications happen at the speed of light, he pointed out, so if a moving vehicle is 60 miles from a facility, it would take nearly a millisecond for data to make that round-trip, and that could make a big difference when a vehicle needs to react quickly.

“Do you hit the deer, or miss the deer?” Olson-Daniel asked.

Part of the present data center slowdown may just be part of the natural ebb and flow that occurs in many other real estate sectors, according to Alex Smith, Cushman & Wakefield's data center advisory group vice chair. 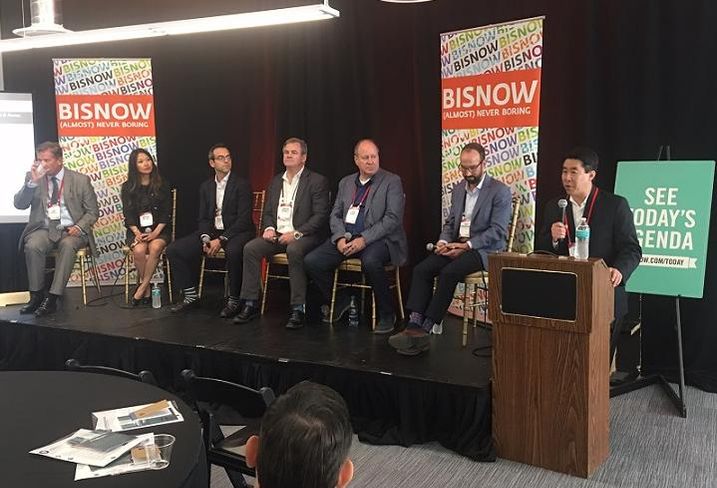 A few internet giants, including Google, Amazon, Microsoft and Facebook, need hyperscale data centers, facilities with more than 400K SF and 40 megawatts of power capacity, and these groups have mostly hit pause on new development, at least for now.

“They went out and took a lot of space in the past few years,” Smith said, but it is only a matter of time before the big players start developing again.

As the sector grows, panelists expect the suburbs, including those around Chicago, will get a substantial portion of the new data center space.

The suburbs have several advantages over the city's downtown, Smith said, including available land at a much lower cost. And customer service is similar, since suburban facilities can get inexpensive connections to 350 East Cermak, a 1.1M SF data center facility on Chicago’s Near South Side, one of the world's most powerful, giving them the same access enjoyed by downtown data centers to its network, cloud and content ecosystems.

Although some worry that the suburbs don't have the dense collection of highly trained tech workers that live in most cities, data center experts at the conference said recruiting and retaining suburban staff isn't a problem.

Michael Pegues, chief information officer of the city of Aurora’s information technology division, said Aurora, located 41 miles west of Chicago, and its surrounding area have the educational infrastructure needed to train a workforce. 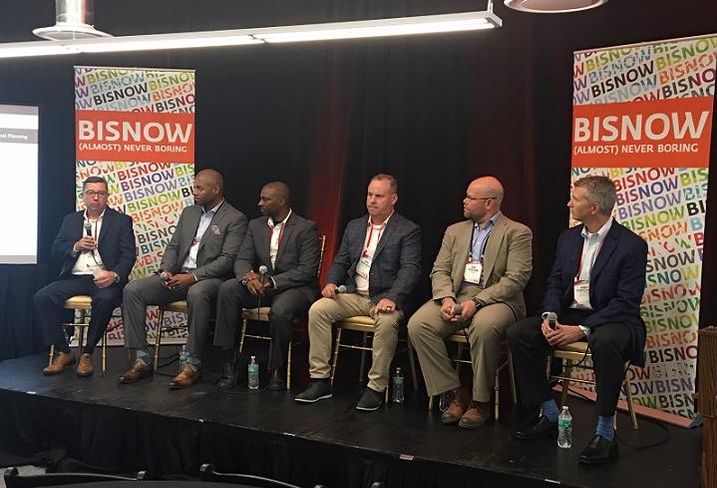 “We have more universities in and around the city of Aurora than most cities in the state,” he said. It also has the Illinois Mathematics and Science Academy, one of the state’s leading high schools.

Wherever new data facilities eventually locate, industry stakeholders said Illinois’ creation of a new tax incentives package, signed into law by Gov. J.B. Pritzker earlier this year, allows the state to more effectively compete with the dozens of other states with similar incentives.

Users will be exempt from sales taxes on the wide array of equipment, including new servers and cooling systems, that need constant replacing,

The incentives were designed to attract the kind of large, hyperscale developments needed by companies like Apple, which in 2017 decided to place a new 400K SF, $1.3B hyperscale data center just outside of Des Moines in Waukee, Iowa, a state that had a robust set of incentives, said Tyler Diers, director of legislative relations of the Illinois Chamber of Commerce, which helped put the legislation together. Only data centers that cost more than $250M and generate at least 20 full-time jobs, not including construction work, can get the benefits.

“We started having inquiries from customers on that day.”