Wood Skyscrapers? Tenants Want Them, And Now Chicago Allows Them

General contractor Summit Design + Build just completed construction of 1040 West Fulton, Chicago’s first multistory mass timber building in 50 years, and company officials say it’s a sign the city could be on the cusp of a transformation in office design and construction.

“1040 West Fulton is a showplace for our company and an example of what is possible in the modern age of wood construction,” Summit Design + Build President Adam Miller said. 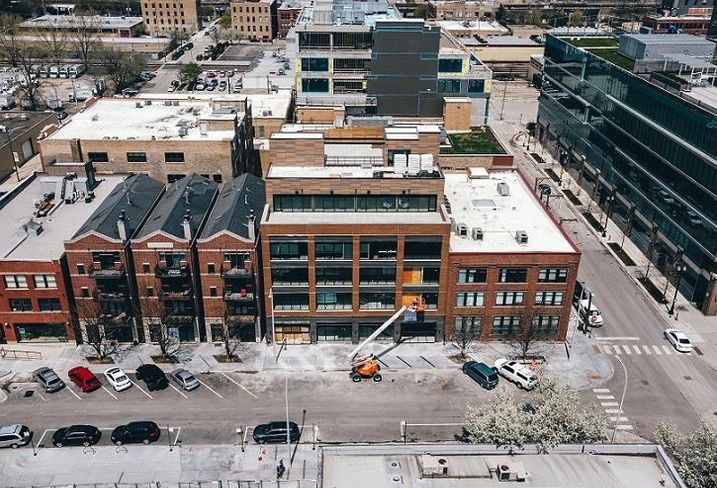 Summit Design + Build also owns the 42K SF building and decided to make its headquarters on the fourth and fifth floors. The company chose wood construction because the material is consistent with other buildings in the historic Fulton Market neighborhood.

“The project really echoes the neighborhood’s history when it was a meatpacking district and the majority of the buildings were made of raw milled heavy timber construction,” he said. “Given this history, it only felt right to use similar materials.”

Experts say even taller wood skyscrapers could soon start dotting Chicago’s skyline, but it’s going to take a few years to catch up to cities like Milwaukee, which just approved the construction of Ascent, a 283-foot apartment building that will be the world’s tallest mass timber building.

“It has to do with that fire we had in 1871, so it’s a long-standing tradition that we are the most stringent city in terms of fire protection,” MAP Strategies President Heather Morrison said.

Her Chicago-based firm helps developers navigate the thicket of regulations, permits, licenses and laws that govern the development process.

But the city’s new building code, which last year unveiled its first complete overhaul in 70 years, now allows officials to greenlight wood-based office and residential buildings of up to 85 feet, according to a city spokesperson. City officials have also committed to recommending updates to its once-archaic code as international standards evolve.

The International Code Council, which sets construction standards, considers proper wood framing quite fire resistant and early this year approved changes for the 2021 International Building Code that will allow for mass timber buildings up to 18 stories.

“Mass timber has gone through a heavily vetted process to ensure its safety, and it’s just a matter of time before Chicago becomes comfortable with it,” MAP Strategies Project Manager Spencer Blaney said.

But officials will have a lot of details to fill in before incorporating new international standards into an updated city code, including deciding how close wood-based buildings can be to neighboring buildings.

“It’s not just something you can put with a snap of your fingers,” Blaney said. 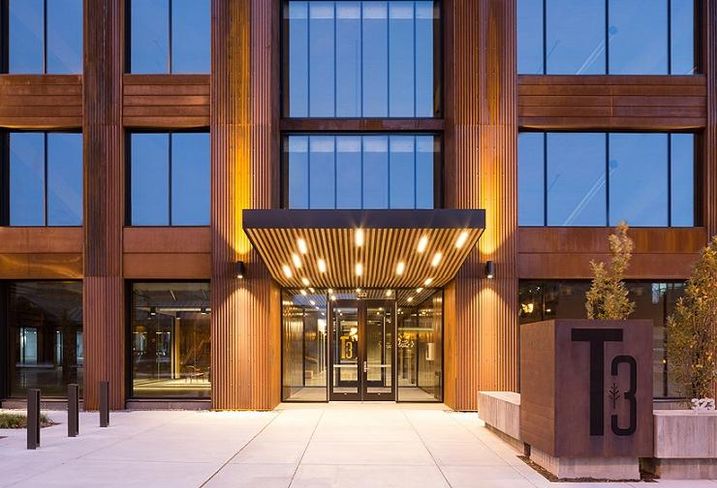 It may seem unusual to use wood, rather than steel and concrete, to construct sleek new towers, but the material is increasingly seen by many tenants, especially creative and high-tech firms, as more environmentally friendly.

The Houston-based developer first thought of using timber for a modern office building after noticing the popularity of an old brick-and-timber building near property it owned in Minneapolis, he added.

“It didn’t have any of the modern amenities or niceties you expect in a modern office building, but it was always full,” he said.

By 2016, the company had finished its T3 building, a seven-story, 222K SF mass timber building in Minneapolis’ North Loop neighborhood, and once tenants saw they could have the aesthetic pleasures of a wood building with modern conveniences, it leased up, with Amazon agreeing to take about half of the space. Chicago-based LaSalle Investment Management bought the T3 for $87M in 2018.

“We found it resonated with both the tenant market and the investment community,” Bach said.

Hines finished its second T3 in 2019, this one in Atlanta, and broke ground in 2020 on a T3 in Denver. The company has also proposed building a T3 in Chicago’s emerging Goose Island submarket on the North Side and another in suburban Oak Brook, on the former site of McDonald’s world headquarters.

“If a company can do a 10-story concrete structure, that concrete building is likely to win the day,” he said.

Hines brought on CBRE to market its proposed timber building in Oak Brook, and it expects the style will prove a hit with suburban tenants.

“Clearly, from an aesthetic perspective, a T3 might fit more logically into a former meatpacking type of environment, but it also tells a story about sustainability, and I think that resonates for companies regardless of their location,” Bach said. 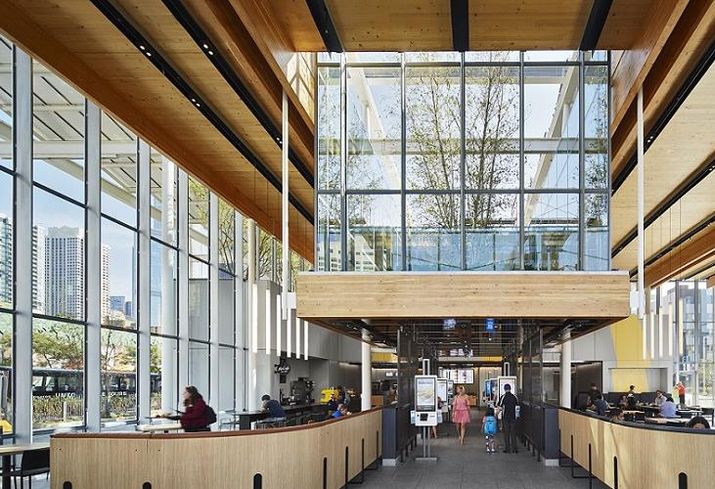 Ross Barney Architects designed McDonald’s new 19K SF restaurant, which spans much of the block at 600 North Clark St. in River North, and founder Carol Ross Barney said the company’s desire to do something special with this prominent location convinced it to use wood.

“McDonald’s came to us and said they wanted what they called a flagship restaurant, and we told them it should reflect their corporate values, and one of those values is sustainability,” she said. “It’s probably the most sustainable fast-food restaurant in the country right now.”

In addition to being lighter and easier for contractors to handle than steel and concrete, as a renewable resource, wood takes far less energy to produce, Ross Barney said. It’s also a far better insulator and cuts down on energy use.

“When you have steel-framed windows, on cold days you’ll notice frost on the inside,” she said. “But beyond that, as you can see at the new McDonald’s, it’s a beautiful material.”

Ross Barney said one of Chicago’s largest corporations opting for a timber-based structure will help get others used to the idea.

“It’s certainly a material we’re actively considering for commissions we’re working on, and I expect we will be building a lot more with it in the future.”