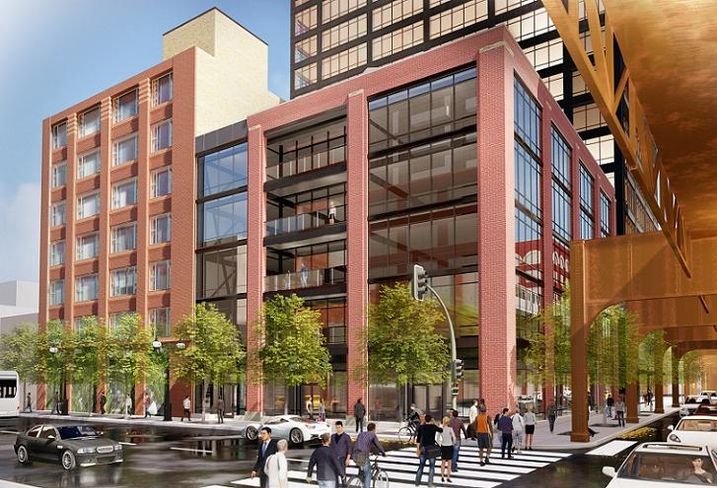 River North has for decades provided space for small, creative users that wanted loft-style offices, but that is about to change. North Wells Capital, the investment management affiliate of Urban Innovations, the company that in the 1980s pioneered the use of River North lofts, wants to ensure that neighborhood tenants won't migrate downtown or to the West Loop if they outgrow their spaces.

North Wells just unveiled details of its proposed new developments at 306 West Erie, 301 West Huron and 320 West Huron, and each will have floor plates larger than typical River North buildings.

"We’ve incubated a number of tenants who’ve outgrown the space availability in River North and left for Fulton Market or the Central Loop," North Wells CEO Jim Fox said. "These developments are intended to give tenants the River North the options they’ve been looking for."

River North had a vacancy rate of 10.7% at the end of the second quarter, the lowest of any submarket except the much smaller Fulton Market, where vacancy stood at 8.8%, according to Newmark Knight Frank.

North Wells Capital acquired the existing 45K SF building at 306 West Erie in May 2017, along with an adjacent parking lot, for $13M. It plans to double its size by adding a new building, and blend the existing brick and timber loft with modernized improvements, including a new rooftop amenity and lobby space, as well as new elevators, restrooms and upgraded mechanical systems.

The company plans to break ground in the fourth quarter, with NORR serving as architect and ARCO/Murray as general contractor.

In addition, Urban Innovations acquired the surface parking lot at 301 West Huron in 1998, and NORR will now design a 162K SF Class-A building with outdoor space, a fitness center and conference center. The firm is seeking an anchor tenant.

Finally, earlier this year, North Wells Capital acquired the surface parking lot on Huron Street between Orleans and Franklin streets, one of the last remaining sizable land sites in River North. A previous owner had planned to create a residential project, but North Wells is now working with architect Solomon Cordwell Buenz to finalize plans for a commercial office building with large floor plates and a full array of amenities.

JLL represents all three properties as leasing agent and Urban Innovations will act as property manager.