The need for more affordable housing was one of the most-discussed issues of Chicago’s recent mayoral campaign, but creating enough units to satisfy that need still seems like an elusive goal.

And the challenge of building units efficiently and inexpensively is likely to be brought to the forefront this year with the probable launching of a series of new megadevelopments on the periphery of downtown, such as Sterling Bay’s Lincoln Yards and Related Midwest’s The 78, all of which must include hundreds of affordable housing units as part of their deals with the city. 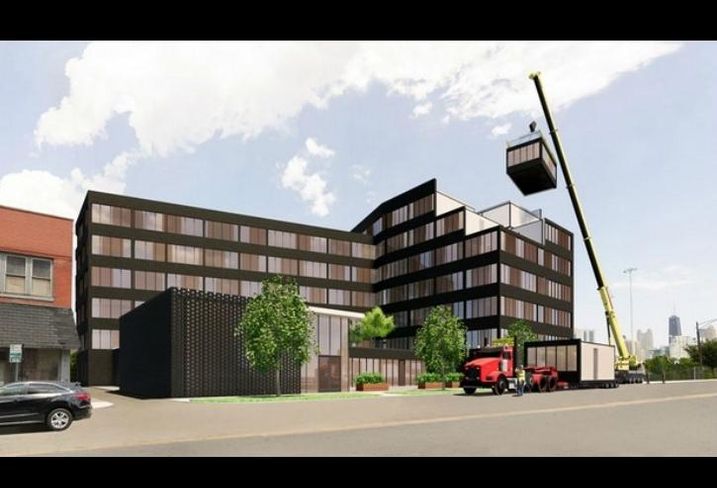 Courtesy of Skender
An earlier rendering of a modular construction project envisioned by Skender.

Skender, a Chicago-based firm, thinks it has at least one piece of the puzzle, and can help developers meet those requirements even as a chronic labor shortage keeps pushing up construction costs.

Company officials say they plan to begin construction in the next few months on 10 affordable three-flats for an unnamed developer. By using factory-produced modular components, Skender intends to drastically reduce the costs of production. It will do all of the architecture, design and manufacturing in-house, a more efficient process than the traditional method of construction, which typically involves an assortment of firms working in silos.

Skender CEO Mark Skender will be discussing (and showcasing) its modular construction methods at Bisnow’s Chicago Construction & Development event May 30.

Although using steel modular components for single-family homes is not unusual, constructing high-rise multifamily housing this way has not been done in Chicago, and Skender should have the field to itself at first.

“That’s the unmet need, and we believe it’s the wave of the future,” Skender Manufacturing President Pete Murray said.

Developers looking for lower costs will benefit from modular construction methods because these projects use the same common elements over and over again, allowing builders like Skender to buy everything they need in bulk.

Murray estimates Skender can accelerate multifamily project schedules by between 30% and 50%, and cut production costs by 15%.

“We can knock three to four months off the schedule.”

There are a handful of modular projects in California’s Bay Area, including the $53M Coliseum Connections development in Oakland by a joint venture between UrbanCore and the Oakland Economic Development Corp., and several high-rises from RAD Urban, but the method remains rare.

“When you consider the size of those markets, modular construction makes up less than a percentage point,” Murray said.

Skender will use this first project to ramp up operations at its modular factory, a new building at 3348 South Pulaski Ave. on Chicago’s Southwest Side. The firm leased it last year, and having its manufacturing operations near Interstate 55 will speed the delivery of modular units to both city and suburban developments, Murray said.

“We have other projects in our pipeline, but that’s the one we’re starting with,” he said.

The factory, which will use 100% union labor, will have about 30 workers this May, increasing to around 75 by the summer and up to 125 by the end of the year. 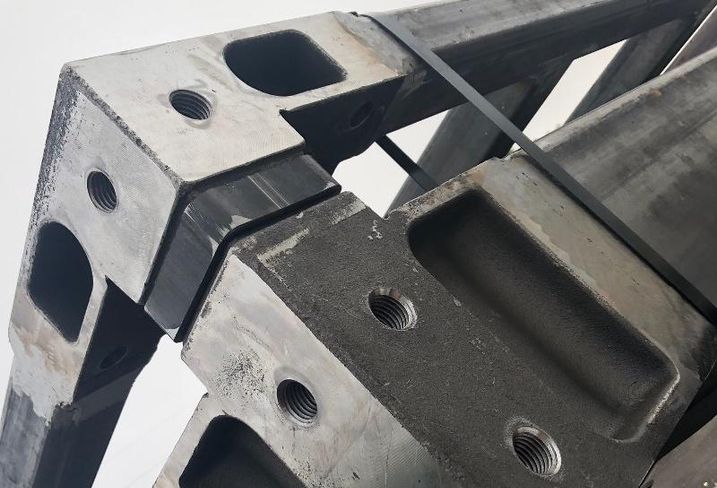 Industry experts say the shortage of skilled construction workers is a factor in the rapid escalation of construction costs, making it more difficult to build affordable housing units.

“The 2009 recession was a shock to the system, leading many skilled workers to leave the trades, and when the economy recovered, and the construction industry came back, many of these workers never returned,” Murray said.

And although the unions have launched a number of programs to recruit a new generation into the trades, the demand for skilled workers keeps growing, and Murray is not sure the gap can be bridged.

“It doesn’t feel like this situation is changing any time soon, but we’re changing the way work gets done.”

CEO Mark Skender spent the last couple of years remaking Skender into a vertically integrated company. It launched a manufacturing subsidiary, acquired the boutique design firm Ingenious Architecture and recruited other architects and technologists, all with the goal of simplifying construction, normally a fragmented process with a complex supply chain, by bringing everything under one umbrella.

Last week Skender announced it had signed an agreement with Z Modular, a division of Zekelman Industries, to use its VectorBloc system of cast steel connectors, allowing it to stack the 100% steel module frames in a variety of ways. Skender will outfit and complete the modules with most fixtures and finishes in the Southwest Side factory, then transport them to the job sites, where other Skender workers will have already completed building foundations, and will assemble everything into a variety of building formats, including three-flat and mid-rise workforce housing buildings.

Murray likens the whole process to putting together an automobile.

“You wouldn’t build a car outside during the winter, but that’s how we have always built buildings.”

Assembling buildings quickly from modules will also cut down on unforeseen cost overruns or delays, due to weather or the complications that always happen when working on a unique building with an array of architects, designers, contractors and subcontractors, Murray said.

“This opens up great possibilities for affordable housing. We’ve been actively discussing projects with the city and other developers, and we’re getting a lot of acceptance.”

See Skender's modular factory in action May 30 at Bisnow’s Chicago Construction & Development event, which is being hosted at the plant.