Affordable Housing May Be A Winner Under Chicago's New Building Code

Chicago is now reeling from the twin crises of a pandemic and a severe recession, an economic crunch that will increase affordable housing demand at the same time government officials and private developers have to keep a closer eye on their respective bottom lines. But recent changes to the city’s building code could provide a much-needed boost to its affordable housing sector.

When Chicago completed in 2019 the long-awaited code revision, the first in 70 years, it finally brought the city’s rules in line with international standards. Commercial real estate players said that would encourage developers and architects from outside the city to launch more projects here. But local builders say by allowing the use of different materials for low- and mid-rises, including more wood and cold-formed steel instead of concrete, among many other reforms, the new code will also lower costs. 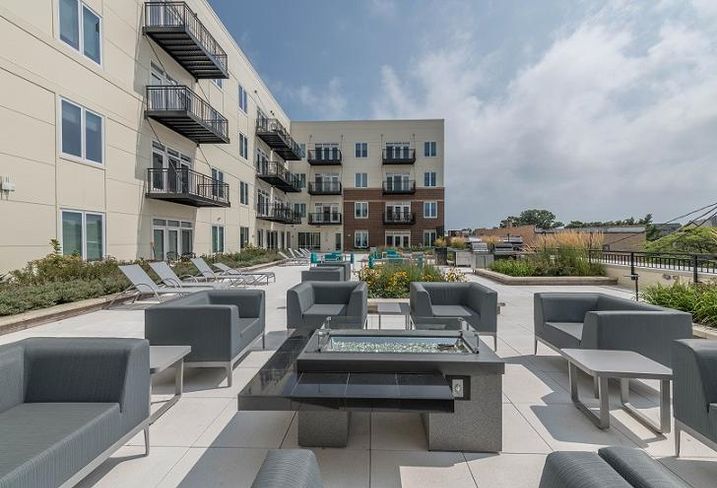 Courtesy of James McHugh Construction Co.
The Residences of Wilmette, a luxury development built with a wood frame system

“I think it is revolutionary and will make a huge difference,” MAP Strategies President Heather Morrison said.

Mayor Lori Lightfoot has already made the creation of more affordable housing one her top priorities, greenlighting such projects as Bickerdike Corp.’s 100-unit Emmett Street affordable housing development in Logan Square even after some of its higher-income neighbors put up stiff opposition, so the new code may provide developers with more opportunities to break ground on affordable projects.

“There’s no doubt, not to be political in any way, that there is a need for more affordable housing, and we’re seeing more of these projects get approval,” Hardy said.

Chicago-based McHugh builds projects throughout the suburbs and in many other states, locales that encourage the use of wood or cold-formed steel. Such light materials can be prefabricated, transported to job sites and quickly assembled. These methods relieve builders from the time-consuming burdens of pouring concrete and hoisting it to upper floors. And that cuts down on labor costs, a big consideration on any project.

“If we can prefabricate panels in a controlled environment and bring them out to the field, that will definitely reduce our time on the job site significantly,” Hardy said.

“We are looking to start an affordable residential project later this year under the new code,” he added.

The company will use a cold-formed steel frame for the four-story, 53-unit building, and under the old code, it would have needed walls that could withstand a three-hour fire. But Chicago historically was far more stringent than most U.S. cities, and the updated code only requires two hours for buildings like this, according to Hardy.

“They did ease up, but it’s more accurate to say they fell in line with the International Building Code,” he said. “We are seeing in excess of a 2% reduction given the new code requirements, which is definitely helping get this project started.”

Other changes in the 740-page code include allowing developers to use wood-frame construction for residential buildings up to four stories and more floor area, rather than the old limitation of three, as long as the taller buildings include sprinkler systems. In addition, Chicago will now allow cold-formed steel frame buildings to reach 12 stories instead of seven and let rehabbers use less expensive materials for plumbing and electrical work, according to MAP Strategies Director of Urban Planning & Technology Steven Vance.

“With the new code, a new affordable three-flat can be a lot bigger,” he said. 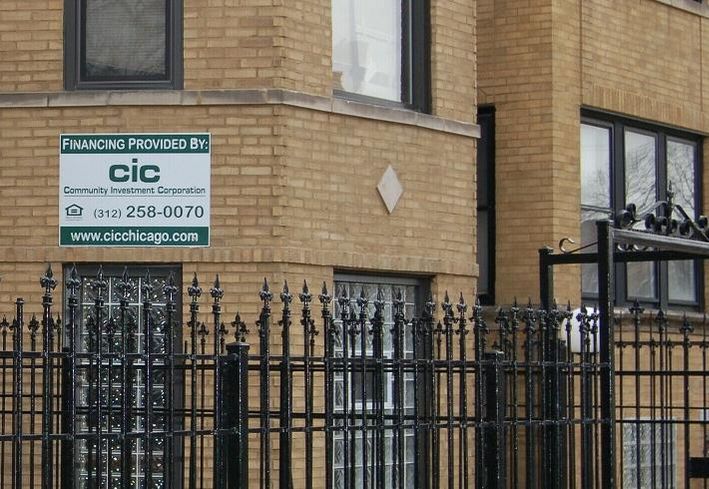 Projects such as Tierra Linda, a new three-story affordable housing complex developed by Northwest Side neighborhood group LUCHA in the Humboldt Park area near the 606 trail, could be up to four stories, he added. The larger floor areas now allowed in such wood frames would also mean more units for bigger families, the sector with the most serious affordable housing shortage. In addition, the city can now approve basement apartments with lower ceilings, so instead of just being used for storage, basements can provide affordable projects with another level of living units.

Landon Bone Baker Architects designed Tierra Linda, and principal Dominik Soltys said he has a wait-and-see attitude toward the new code and whether it will facilitate more affordable housing construction. There are so many variables, including the ability of nonprofits like LUCHA to raise the capital needed for larger projects and the cost of adding required sprinkler systems.

“If you call me next year at this time, we will have much more experience and be able to compare the new code with what we did in the past,” he said.

Stacie Young, director of The Preservation Compact, a program of the nonprofit Community Investment Corp., said her group advised city officials on a new plumbing pilot program, and it’s already having a major impact on its ability to preserve affordable housing.

“We worked to identify low-hanging fruit, new policies that would make it easier for us to rehab affordable housing but without compromising health and safety.”

As a precursor to the building code overhaul, the city redid its electrical code in 2017, allowing the use of less expensive wiring, and then the new plumbing rules let some builders and rehabbers use more affordable pipes.

“The Department of Buildings has indicated a desire to incorporate this pilot program into the forthcoming plumbing code as well as potentially expand its scope,” according to MAP Strategies’ Spencer Blaney, but it isn’t a sure thing.

CIC construction risk manager Matthew Greene said he hopes the program goes permanent citywide. The group gives out loans to rehabbers in many disadvantaged neighborhoods, and its builders can now use plastic PVC pipes instead of pricey copper ones. That not only lowers overall costs but keeps the buildings viable and safe over the long term.

“No one breaks into a building to steal PVC pipes, and breaking into buildings to steal copper pipes has become a major industry,” he said.

Between the plumbing, electrical and other reforms, the cost of rehabbing units took a sharp drop, he added. Some jobs that may have cost a developer $60K per unit can now be done for $45K or $50K, far less than it takes to create new units from scratch.

“That’s a lot for us,” Young said. “Even if it cuts just 10% of the rehab cost, it might make a difference on whether a developer moves ahead on a project.”

McHugh’s Hardy is also hopeful big savings lie ahead. The company has used wood structures for several market-rate developments in suburban Chicago, including the Residences of Wilmette, a five-story, 75-unit luxury apartment and retail building at 617 Green Bay Road in Wilmette, and Residences of Hamilton Lakes, a 297-unit, Class-A rental community in Itasca. Both were completed in 2017 at a lower cost than would have been possible in Chicago.

“We are seeing pricing reductions for alternative structures under the new code in the 2%-5% range,” Hardy said.

“We are looking at some other projects with a target start date after the new year, depending on economy and financing, that are looking to utilize wood or cold-formed framed structures for [eight- to 12-story] mid-rises that would not have been allowed previously.”