Nadia Oehlsen has been a special education teacher at William C. Goudy Technology Academy in Chicago’s Uptown neighborhood for 10 years, but for the past two weeks, she walked the picket line at her school, and on Tuesday marched with thousands of other teachers to protest the Tax Increment Financing district created for developer Sterling Bay’s Lincoln Yards site.

Although complaints about the new megadevelopments taking shape in several neighborhoods may seem unrelated to other issues at stake for teachers, such as pay and class sizes, in the battle between Mayor Lori Lightfoot and the Chicago Teachers Union, Oehlsen believes all the issues connect, since how the city funds rising communities will eventually impact its ability to fund schools and affordable housing.

And affordable housing is an issue very much on the minds of teachers. 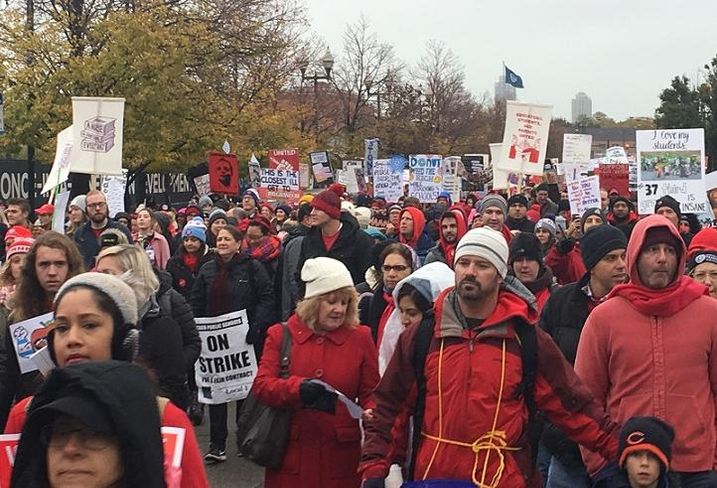 “We’ve lost about 100 kids in the last year and a half due to rising rental prices in the neighborhood,” Oehlsen said. “A lot of families have been moving to West Ridge because it’s cheaper there.”

Such moves bring instability to students’ lives, and can disrupt their education, she said.

That is one reason CTU included demands that the city put surplus TIF funds back into schools, support more sustainable housing, bolster financial support for homeless students and introduce housing subsidies for some CPS staff.

The demands are just one sign of how much pressure has built up on Lightfoot to expand affordable housing opportunities. A long-standing complaint about both the Daley and Emanuel administrations was that they paid too much attention to the city’s sparkling downtown at the expense of the neighborhoods, and the new mayor campaigned on the promise that under her leadership priorities would shift.

Now she has to deliver, and it is not going to be easy.

“The change in administration will definitely put more energy into affordable housing, and there certainly will be more opportunities for affordable housing developers, but there is no magic bullet, and to make it happen there have to be funds available,” The Habitat Co. President Matthew Fiascone said. He will speak at Bisnow’s Multifamily Annual Conference Midwest on Nov. 14.

“It’s a lot easier to campaign than it is to govern, and she is now coming up against the reality of legislating and leading a city,” Bickerdike Redevelopment Corp. CEO Joy Aruguete said.

Chicago city officials said they could not comment on the mayor’s plans.

The more than $800M budget hole that Lightfoot is expected to fill next year most likely means few extra dollars will be found for affordable housing. But she also promised to bring more transparency and openness to the city’s housing programs, and has already begun making moves to do so.

In addition, Lightfoot said she wants to reform the Affordable Requirements Ordinance, a controversial law that requires private residential developers that need zoning changes, or that receive city money, to set aside 10% of the total units as affordable housing, or pay an in-lieu fee to the city.

Few are happy with how the ARO has worked.

“The burden of building affordable housing can’t be carried by apartment developers alone, and the affordable requirement makes it very difficult to make the numbers work,” Marquette Cos. CEO Nick Ryan said.

Aruguete also believes the ARO needs reform, and she and other stakeholders say it hasn’t created enough units, especially in rapidly gentrifying neighborhoods such as Logan Square. But she considers it a necessary tool to create affordable housing.

“There are fewer and fewer places for the working poor to be adequately housed, especially on the North Side, and the ARO is one of the few tools we have to harness the private market to produce affordable housing,” she said.

The mayor’s new commissioner of housing, Marisa Novara, a former activist and former vice president of the Metropolitan Planning Council, has begun forming a task force that will make recommendations for ARO reforms in the next six months. 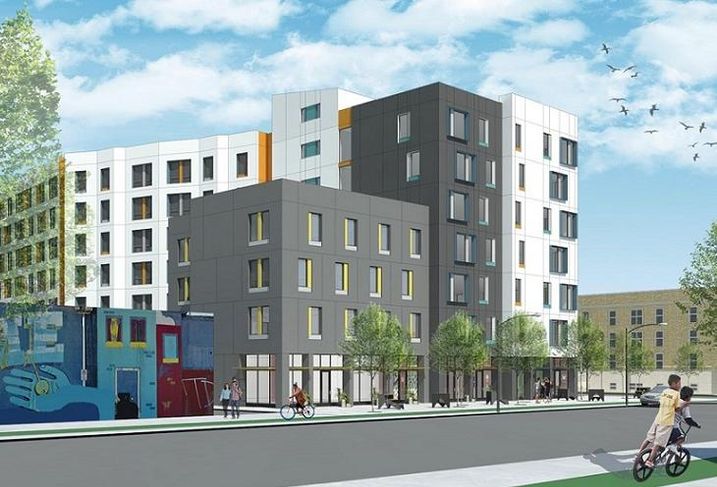 Juan Sebastian Arias of the Metropolitan Planning Council is one of the task force’s three co-chairs, and said its formation shows a lot about the mayor’s approach. The city wants about 20 additional members to join, and opened it up to anyone who wanted to apply.

“It’s a very new way for the city to go about forming a task force, and the Department of Housing has committed to publicly responding to all of its recommendations, a commitment that is consistent with this administration’s cultural shift toward more openness,” he said.

He said he aims to play a neutral role, and listen to all sides, including that of private developers.

“It’s not just our own agenda. In an ideal world, we could use the ARO as leverage to get private developers to create more affordable units, but without discouraging new development. The question is, where is that sweet spot?”

Daniel Kay Hertz, policy director with the housing department, said the city received nearly 200 applications for the task force from a broad cross-section of people, including developers, both for-profit and nonprofit, community advocates and many others.

“All of these groups are stakeholders that we need to talk with,” he said.

Aruguete said she put in an application, and according to Habitat’s Fiascone, so did Charlton Hamer, the head of the company’s affordable housing group.

The housing department has also just created an online dashboard that will allow anyone to track units created under the ARO, including the locations, number of bedrooms, the population served and other details.

Aruguete said she expects Lightfoot will follow through with her commitment to reopen the process of awarding Low Income Housing Tax Credits. Chicago is one of the few municipalities the federal government allows to allocate its own credits to developers, who use them to bring in funding for their proposed housing projects.

“In the eight years of the Emanuel administration, they only held one open tax credit round, and it’s not like the city stopped getting tax credits all those years,” she said.

The concern among many developers was that, in the absence of a transparent, open competition for the credits, where participants could see and evaluate the competing proposals, the credits were awarded to builders favored by Emanuel or other City Hall officials.

Satisfying all sides in the city’s affordable housing debate won’t be easy, as the contentious negotiations with the teachers’ union shows.

CTU and Lightfoot announced late Wednesday that they had reached a tentative agreement, and although the mayor did commit to funneling around $100M in surplus TIF funds into the school system, as well as providing more support for homeless students, the sides did not reach an agreement on much else pertaining to housing.

“They rejected our proposals to declare policy support for addressing the dire shortage of affordable housing for our students and low-wage teaching assistants and other members,” CTU spokesperson Christine Geovanis said.

“The teachers strike has not put a positive face on her administration,” Aruguete said.

Still, Aruguete, who earlier this year sat on Lightfoot’s transition committee for housing and helped create its set of proposals, remains hopeful that, even with a lack of funding, the new administration will make progress on affordable housing issues in the coming year.

The administration did signal strong support for Bickerdike's proposal for a 100-unit affordable housing development at 2638 North Emmett St. near the Chicago Transit Authority's Blue Line in Logan Square, a neighborhood where the median home price recently hit $832K, according to the Chicago Association of Realtors.

Aruguete said Emanuel blocked the plan for several years after a storm of opposition arose from some higher-income neighborhood residents. In contrast, Novara spoke warmly of the plan, helping it get an initial approval from the Chicago Plan Commission.

Bickerdike still needs City Council's approval, but Aruguete is now confident the company will soon be able to break ground.

“You can’t be a pessimist all the time, so I try and be an optimist now and then.”