Prudential Real Estate Investors has sold more than $1.4B of US real estate this year, and this trend is expected to continue with a Little Village land site on the sale list. 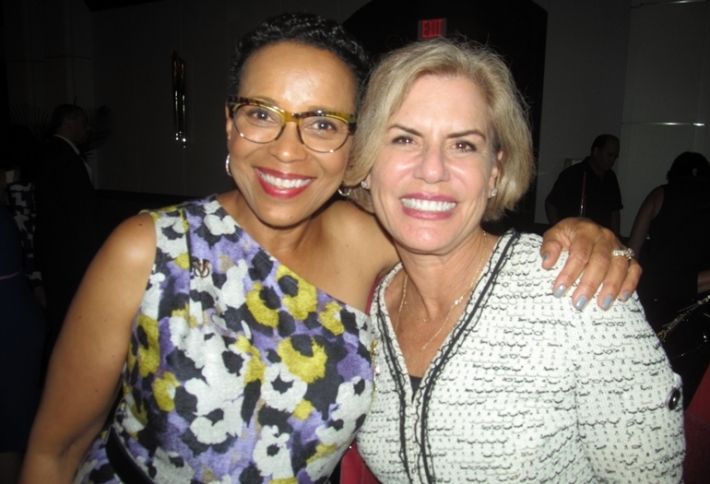 PREI principal Collete English Dixon is overseeing the marketing of the West Side land, one of the largest contiguous sites in the city. The firm has owned the tract since '05 and will sell to capitalize on market conditions, she says. We were in Miami Beach this past week, offering live coverage of the CREW Network's national convention, which is where we found Collete with CREW Network president-elect Lori Kilberg. Collete's got some news on that front, too—PREI will support CREW's scholarship fund in 2015, a cause near and dear to her heart. 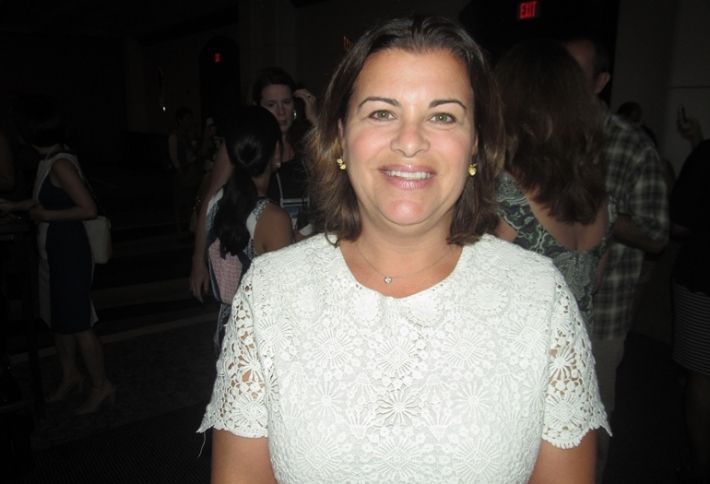 We also ran into CREW Chicago prez, First American Title's Lisa Metzler in Miami Beach. We're surprised Lisa had the time to mingle; she was in the midst of closing a nationwide portfolio of seniors housing and student housing properties.

The Laramar Group acquired the Halsted Place portfolio in Lincoln Park, a 132k SF residential and mixed-use complex of 11 buildings consisting of 143 apartments and 15k SF of retail. The deal marks the 11th acquisition for Laramar’s Chicago Urban Partners Fund, which now has 30 buildings in the area. Laramar’s capital improvements will include unit and amenity upgrades.

Cedar Street Co added an eighth property to its FLATS collection on the North Side. The 54-unit REO property, 4303 N Keystone Ave (FLATS No. 4303), was purchased from North Community Bank at a reduced price of $3.5M (the deal took four years to close). Interra Realty managing partner Brad Feldman repped both sides in the deal. Cedar Street will renovate all aspects of the property. 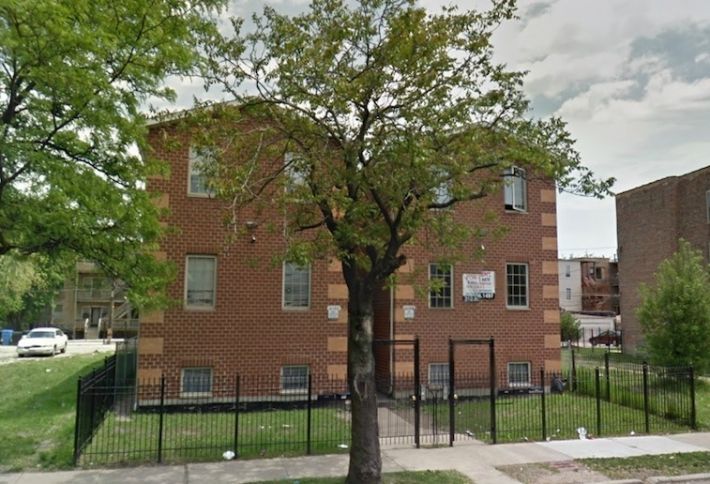 SVN | Chicago Commercial’s Jeff Baasch and Jared Conen repped the seller in the $2.3M sale of a portfolio of 14 buildings (34 multifamily units, one property is pictured above) located in Englewood, Garfield Park, Washington Park, and Woodlawn to an out-of-state buyer. The seller acquired the portfolio out of foreclosure, completed renovations, and stabilized the properties.

Jameson Commercial’s Marco Cesario repped the buyer in the $1.7M acquisition of the 54-unit multifamily property at 5235 W Lake St in Austin (over 95% occupied).

First Western Properties’ Tom Peterson and Paul Tsakiris sold the 11k SF building at 3100 E 92nd St. The building is located just south of the proposed $4B Lakeside Development. The deal closed 10 days after the offer was received and will soon be converted into a pharmacy. 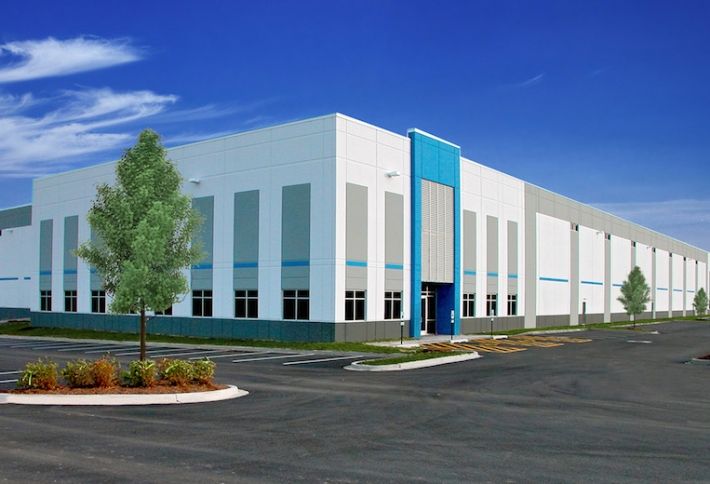 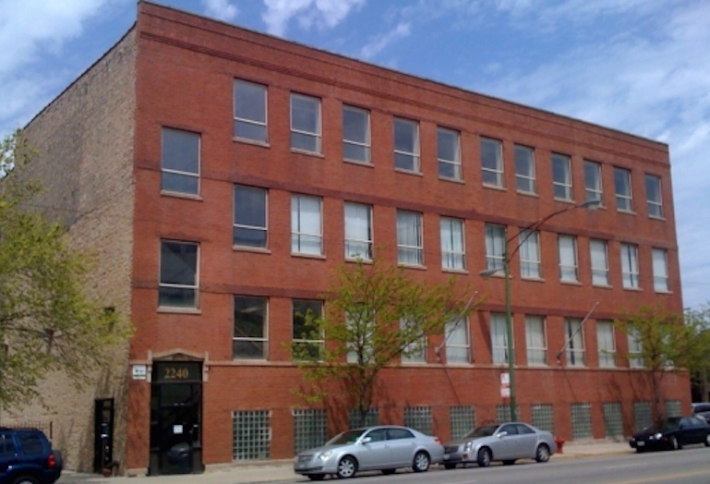 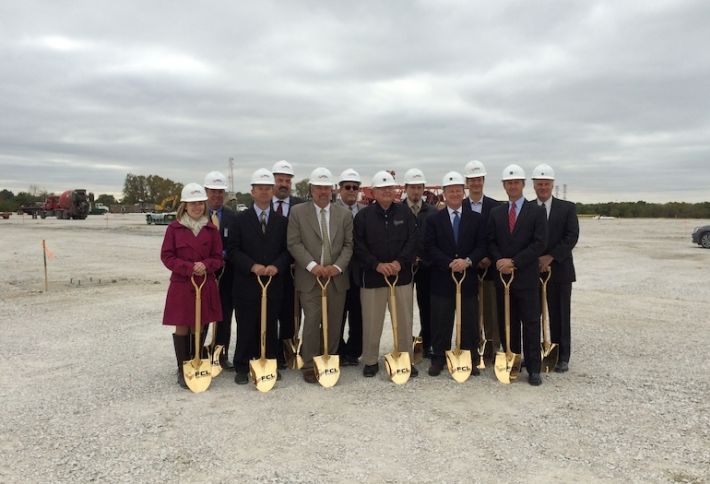 Liberty Property Trust broke ground (above) on a 430k SF industrial building at 300 Mitchell Rd in Liberty Business Center in Aurora. The project is being developed by a JV in which Liberty holds a 25% interest and it’s the first of three buildings planned for the 81-acre park. Liberty is working with Colliers to lease the new building.

The Opus Group plans two spec industrial buildings in Paragon Business Park, off Taylor Road in Romeoville. Upon completion, the project will include 255k SF of Class-A industrial space in I-55 with an additional seven-acre site that can accommodate build-to-suits up to 115k SF. The 22-acre site was purchased from First American Properties and construction will begin this fall. Lee & Associates of Illinois’s Terry Grapenthin and Jeff Galante repped First American Properties; Cushman & Wakefield’s Jason West and Sean Henrick repped Opus.

2500 Green Bay Road LLC, whose managing partner is @properties Commercial VP Mike Rourke, completed a 12-unit apartment development at 2500 Green Bay Rd in Evanston, which involved the acquisition, rezoning, and construction of a stalled, former condo project. The property has 12 indoor parking spaces and a geo-thermal heating and cooling system (the only one of its kind in Evanston).

Interra Realty plans to open offices in two new markets within the next six to 12 months and is currently negotiating space in one of the markets. The firm has grown its team of brokers to 16 since last year and expects to double that due to increased sales. It’s on target in 2014 to have 400% higher revenues than its first full year in operation.

Shared office facilities provider Amata Office Solutions launched Amata Realty Group, an office brokerage that specializes in working with companies requiring as much as 10k SF of office space in the Chicago area. The firm just added two brokers to its team and plans to hire several more over the next nine months.