Bradford Allen Realty Services'new property management arm has added a fifth building to its roster -- its first foray into downtown office. If only the Bulls had a similar full-strength starting five... 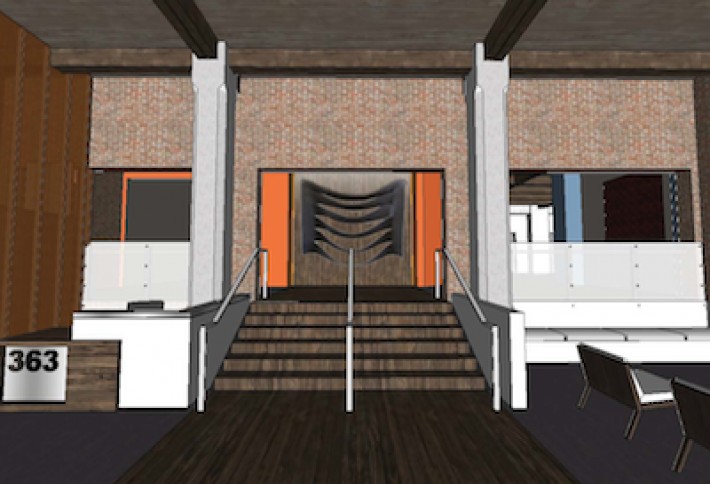 Frain Industries paid $8M for a 330k SF facility at 245 North Ave in Carol Stream for an expansion/relocation from an existing facility in Franklin Park that it just sold to Digital Realty as a data center redevelopment. Cushman & Wakefield of Illinois's Larry Goldwasser and Jay Maher repped Frain and JLL's Frank Griffin and Dominic Carbonari repped the seller, Holland Stream.

Sean Delaney, AVP of investments in Marcus & Millichap's Chicago Oak Brook office and director of the firm's national self storage group, repped both sides in the $648k SF sale of a 26k SF self-storage facility at 5750 Sandy Hollow Rd in Rockford. The buyer, Red Dot Storage I, will re-brand the facility as Red Dot Storage.

Maverick Commercial Mortgage president Benjamin Kadish arranged $75.5M in first mortgage debt and mezzanine financing for a venture of Structured Development at 1400-1460 N Halsted. The 94% occupied mixed-use project includes the British Schools of Chicago, Advocate Health Centers, and REI. The financing, provided by Deutsche Bank and Prime Finance, along with some additional capital raised by the venture, allowed Structured to buy out the former equity partner in the transaction.

Morgan/Harbour Construction broke ground on a new 180k SF spec warehouse in Phase II of Park 355, 2143 Internationale Pkwy in Woodridge. The building is a JV between HSA Commercial and Denver-based Industrial Income Trust. Cornerstone Architects is providing architectural services and construction is slated for completion this fall.

J.C. Anderson has been selected to complete a two-floor gut rehab for the expanding Salvatore Ferragamo store at 645 N Michigan Ave. VOA Associates is providing architectural services and construction is scheduled for completion this summer.

Joel Klahn joined Leopardo as senior project executive. He was previously with Gilbane, McCarthy and Turner. Joel received his bachelor's in industrial technology from Northern Michigan University, a master's in business and project management from the Keller Graduate School of Business at DeVry, and a post-graduate certificate in telecommunications from DePaul. He recently managed the construction of the Center for Care and Discovery, the 14-story, 1.2M SF replacement hospital for the University of Chicago Medicine.

Fitzgerald Earles Architects and Associates hired Crystal Vaughn as interior designer. She was previously showroom manager for flooring manufacturer Milliken in the Mart and received her BFA in interior design from the Illinois Institute of Art Chicago.