We thought owning student housing meant cleaning up after hundreds of John Belushis wearing togas, but the founders of Prime Property Investors tell us today's student housing properties are no longer Animal House. 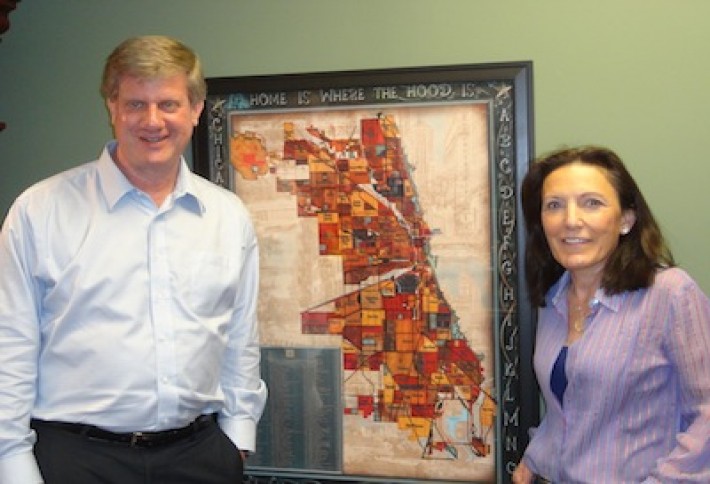 Co-CEO's Michael Zaransky and Barb Gaffen were introduced by Michael's wife Barb, who knew both as lawyers with a common interest in CRE. (Yes, they laugh, double Barbs can get confusing.) They cut their teeth investing in NNN-leased properties (bank leases, post offices) 20 years ago this October, then began acquiring apartments on the North Side and converting those to condos when the practice was in vogue. The deals grew to their current $20M to $40M sweet spot, now with a focus on suburban, garden-style apartments (high demand and barriers to entry, low supply) like 281-unit The Arbors of Brookdale in Naperville (below) and 224-unit Deer Valley Luxury Apartment Homes in Lake Bluff, which they just sold for $28.6M after buying it in June 2011 for $21.9M.

PPI began building its thriving student housing portfolio about 10 years ago with a property in Champaign-Urbana. The company quickly carved out a niche, with holdings on seven college campuses around the country (they are one of the largest off-campus landlords at Purdue and Notre Dame). Favorite deal: their second student housing property ever, at Purdue. PPI bought the 34-unit property for around $4M, slightly distressed with low rents and vacancy, upped rents and reached 100% occupancy in a few years, and sold for a substantial profit. A classic perfect deal, they say, taking advantage of cap rate compression and falling interest rates. 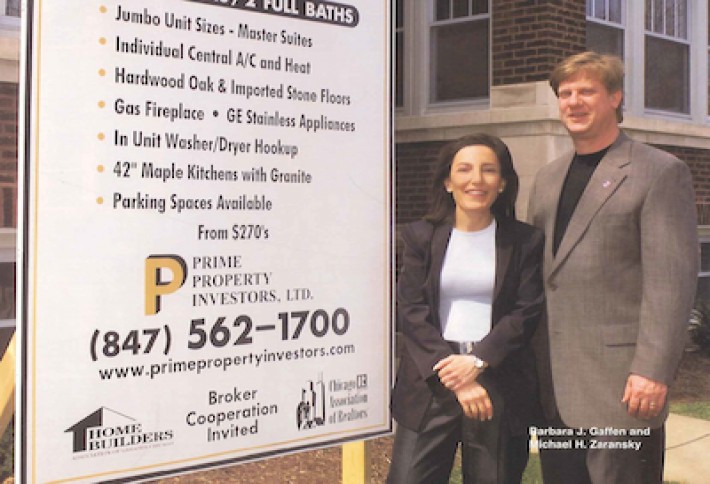 Sam Zell, who started as a student owning student housing at Michigan, said turning over apartments is really being in the paint and carpet business, and Michael and Barb (snapped in 2001 in front of a Lincoln Square condo conversion) agree. With students, units also all turn over at once and lease-up in August is critical. Which makes renewals and strong property management key, they say. PPI mostly manages its own properties, an important lesson learned along the way. While landlords were nowhere to be seen when Michael was at U of I and Barb was at IU, today's students expect timely maintenance and their own bathrooms. (Should we tell them that's a hard ask even as a city-living twentysomething?)

The PPI duo faces intense competition in today's multifamily boom, relying on their reputation as closers with honesty and integrity to win deals. They cherry pick a couple deals a year and look for cash flow from day one, quality location and assets (pictured: the fitness center at one Notre Dame property), and the potential for high occupancy and rent appreciation. And they're very bullish on diversifying their portfolio with acquisitions in Texas, with its high population and employment growth. PPI is working on a contract to buy a 250-unit community and potentially be an equity partner in a new development in Houston. 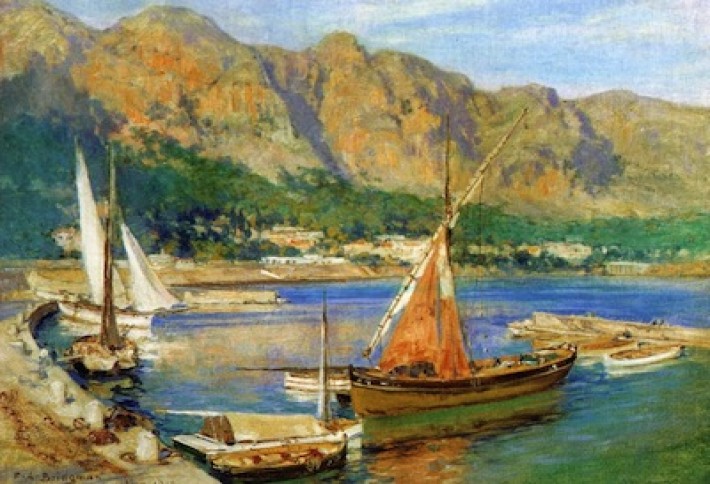 In their downtime, these CRE movers and shakers enjoy travel including visiting the South of France for Cannes and the Grand Prix, and trips to Hawaii and Mexico. (We'll let you guess who does what.) And they share their success in spades: PPI supports many charitable and civic organizations. Michael is chairman of the Jewish United Fund's 2013 campaign and Barb serves on the board of Jewish Child and Family Services. If we had a college do-over, we'd definitely prefer PPI to our landlord, who ignored multiple squirrels invading our apartment's crawl space.