How Chicago Recorded $12.5B Of CRE Foreign Investment And 2,600 Murders At The Same Time

In 2012, the sheikh, with a net worth of $2.4B, was drawn to investment opportunities in Chicago real estate, but even from his home 7,000 miles away he grimaced when watching the news on television.

Like so many others, he was deeply troubled by vivid news reports on CNN and Sky News depicting tragic shootings of children and violent gang turf wars. Despite the blaring headlines — and later condemnations from then President-elect Donald Trump, who called the city a “war zone” — Al Thani did ultimately visit the Windy City.

And what he found was altogether surprising. While gun violence has certainly ballooned, the city has become a national leader in foreign investment into commercial real estate — to the tune of nearly $12.5B in the last five years. 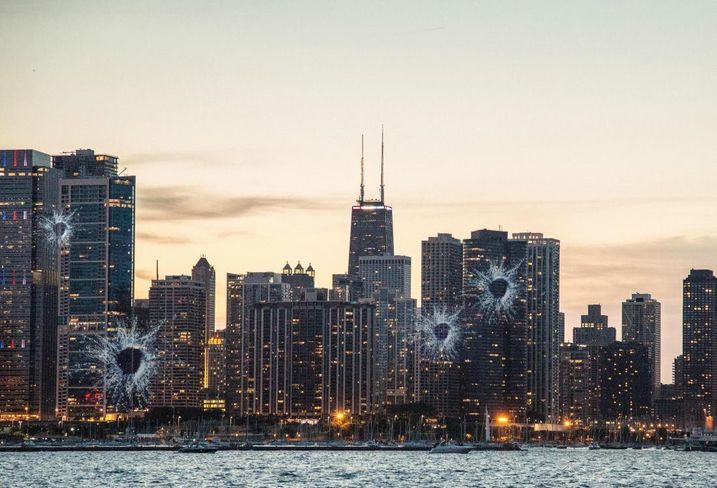 Base image by Tony Webster/Flickr

The sheikh is just one in a growing number of foreign high-net-worth individuals and investment companies placing money in Chicago. Metro Chicago received more than $100B in direct foreign investment last year, the most among major U.S. markets, according to IBM’s Global Location Trends Report.

"I don't know too many CEOs that will make a commitment to Chicago and think about it in a short-term view like a spike in homicides,” World Business Chicago CEO Jeff Malehorn said. “They're looking at the strengths and weaknesses of the city as a long-term investment — and from that perspective, Chicago looks good."

WINNING OVER THE SHEIKH

Al Thani discovered a very different Chicago than he expected when his Al Rayyan Tourism Investment Co. (ARTIC) bought a $93.8M stake in Magellan Development Group’s Radisson Blu Aqua Hotel in 2012. Magellan Development Group president David Carlins, who told the story of Al Thani’s initial experience with the city at JLL’s Chicago 2025 event in February, said Al Thani “had seen the news reports about the violence, but his fears went beyond that.”

The sheikh’s initial perceptions of the city were formed in part by television dramas like “Chicago Fire” and “Chicago PD” that depict Chicago as a dark, crime-riddled place. (Bisnow’s attempts to interview Al Thani were unsuccessful.)

But Al Thani and ARTIC CEO Tarek El Sayed did their due diligence on the deal and decided to move forward.

“When we consider entering any new market, we work with leading business, legal and financial consultants to determine the latest local market trends and intelligence, opportunities and challenges,” El Sayed said. “Of course the media provides a sense of local market activity and perceptions, but we primarily rely on our own detailed feasibility studies.” 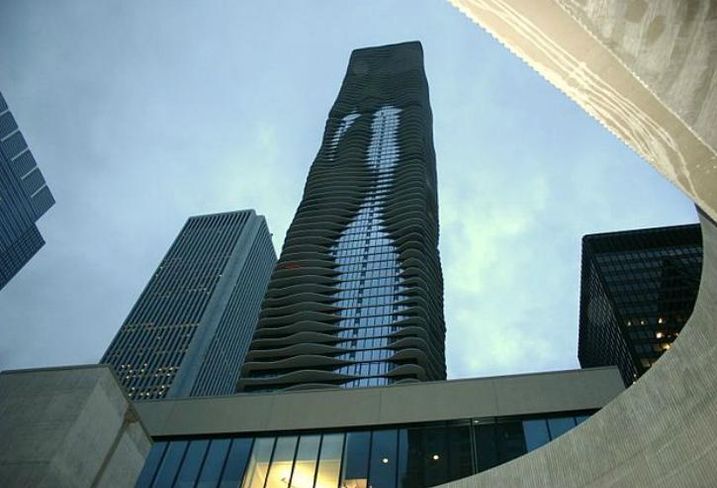 Al Thani finally agreed to come to Chicago, but originally planned to spend less than a day there to ink the Radisson Blu Aqua deal. Carlins showed the sheikh, El Sayed and his entourage around downtown and the more affluent neighborhoods on the North Side, and that one-day trip turned into a five-day stay.

The Radisson Blu Aqua became the foundation for ARTIC’s U.S. expansion. In 2014, ARTIC  bought a $530M, 97% majority stake in The Manhattan at Times Square Hotel and Miami’s St. Regis Bel Harbour Hotel for $213M, followed by the St. Regis Hotel in Washington, DC, for $82M in 2015, and most recently acquired the Viceroy Hotel in Miami in a $65M deal last June.

“Establishing an initial presence in Chicago gave us the necessary U.S. market know-how and strength to expand into other U.S. cities,” El Sayed said.

The reason foreign direct investment in Chicago real estate is strong, even as the murder totals grab headlines, is a tale of two cities: one is the gleaming downtown Mayor Rahm Emanuel is leveraging as an economic generator; the other a “war zone” that rarely benefits from the booming downtown economy.

Chicago’s gun violence disproportionately affects the city’s most disadvantaged residents in South and West side neighborhoods like Austin (78 murders in 2016), Englewood (59), Auburn Gresham (32), Grand Crossing (22) and Chicago Lawn (12). This Chicago is losing people — population in the Far South Side dropped by more than 49,000 people between 2010 and 2015. The only notable investment in these neighborhoods has been a Whole Foods-anchored retail center in Englewood at 63rd and Halsted streets.

By contrast, Downtown added nearly 42,000 residents in that same span. The Chicago Police Department recorded no homicides in the Loop in 2016, while a record 33 construction cranes received permits to operate in the downtown core last year.

BEHIND THE HEADLINES: WORLD-CLASS ECONOMIC DRIVERS 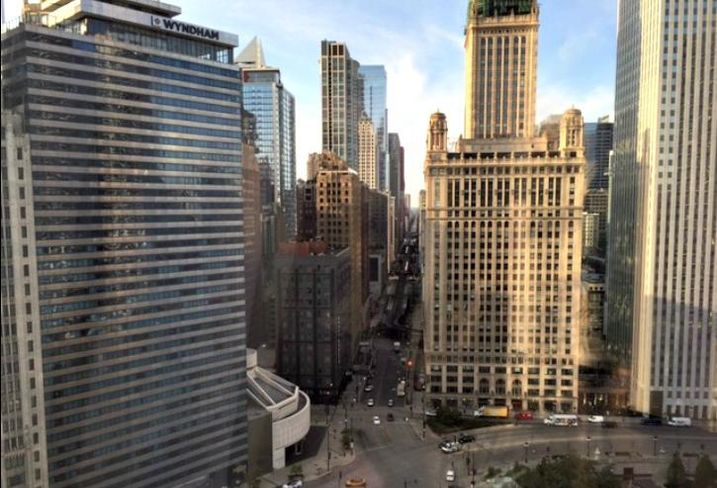 Malehorn said the city’s success in attracting direct foreign investment is thanks in part to broadcasting Chicago’s numerous economic strengths to investors. The strengths WBC identified are Chicago’s centralized location as an international travel destination, a young, skilled workforce in a diverse economy where no one industry accounts for more than 14% of the total workforce, world-class universities, Chicago’s growing reputation as a tech and innovation hub, and a robust network of museums and cultural institutions.

The overall economy is impressive: Metro Chicago’s gross domestic product grew by 3.1% in 2015 to $641B, faster than the 2.5% U.S. average, according to the U.S. Bureau of Economic Analysis. 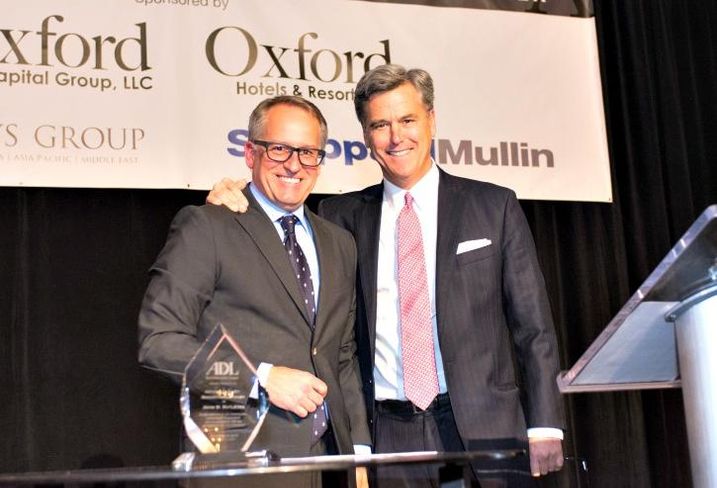 Local developers who often work with foreign investors said investors’ concerns about the homicide rates are typically assuaged by laying out the safety and real estate fundamentals of downtown. Oxford Capital CEO John Rutledge shares personal experiences living and working downtown to make his foreign capital partners — like Germany’s Union Investment, which acquired Londonhouse from Oxford in a $315M sale-leaseback deal last year — more comfortable. But he said most investors look beyond perception to the strong underlying fundamentals.

Chicago real estate is a bargain to comparable product on the coasts. (Beacon Capital paid $412/SF for AMA Plaza, the top downtown Chicago office trade of 2016. The top office building sale in San Francisco last year, 1 Front St., cost Paramount Group $742/SF.) Rutledge said Chicago is one of the two great urban cores in the U.S. — Manhattan is the other — and a magnet for population growth.

“People want to move, work and live here, and momentum begets momentum,” Rutledge said, but that momentum would be stronger if the city were able to get a handle on the crime.

DANGER AHEAD: VIOLENCE’S IMPACT ON FINANCES AND TOURISM

The two worlds are colliding in some ways. Former Police Superintendent Garry McCarthy’s “saturation” plan to reduce crime in neighborhoods most affected by violence cost the Police Department more than $100M in overtime pay in 2014 and 2015, and the city paid $210M to settle police brutality lawsuits between 2012 and 2015. Those costs, when added to a nearly $34B pension deficit the city is required to cover, are a major reason Emanuel raised property taxes in his FY 2016 budget.

Attempts by Bisnow to reach the mayor’s office for comment were unsuccessful.

Property taxes are expected to increase again this year and in 2018. Even worse, Illinois has gone nearly two years without a budget as Republican Gov. Bruce Rauner and the state’s Democratic-controlled Legislature have been locked in a battle over adding parts of Rauner’s “turnaround agenda” to any budget proposal. This has sent the state’s debts skyrocketing, its bond rating plummeting to near junk status and made the most ominous state pension crisis in the nation even worse.

These fiscal cliffs concern Rutledge’s offshore investors more than Chicago’s shootings, especially since the higher taxes are beginning to inhibit value. Rutledge said the city “made promises we could never keep and now it’s coming home to roost.”

But Geller, who bought the Waldorf Astoria Chicago and built the Conrad Chicago with foreign partner Wanxiang America Real Estate Group, sees the higher numbers of police downtown and believes that is already negatively affecting tourism, at least on an individual level.

What concerns Geller more are the uncertainties.

“When you see interviews where Donald Trump says he wants to ‘send in the feds’ to clean up Chicago, a police chief with no apparent plan to fight crime and a mayor who hasn’t demonstrated to the outside world that a plan is in place, that worries me,” Geller said. “In a relative sense, competing markets looking for business may use the perception of Chicago crime as a weapon against us. And when crime is affecting business, it will eventually affect business dollars.”