Once The Big Players Move In, Will Camp North End Still Be Cool?

At noon on a quiet Friday in the middle of autumn, Alchemy: The Works salon owner Kyle Gates sat alone at his desk in The Boileryard Building at Camp North End, his brow furrowed as he caught up on client emails. He was surrounded by empty bright green salon chairs; all around him were empty buildings in one of the last remaining areas untouched by development close to Center City. 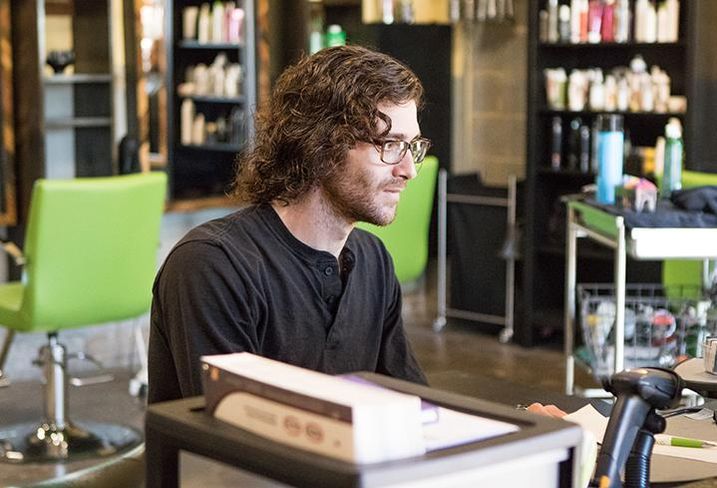 Gates had just moved his salon, known for its vibrant, funky hair colors, from The Gold District to Camp North End.

His next-door neighbor is DUPP&SWAT creative studio, which moved from Villa Heights. A photography studio, BlkMrktCLT, occupies a spot in the same building.

They were just part of the group of small-business owners that got in early, knowing the space would transform around them.

They were not wrong, as Camp North End just launched its next big project: Developer ATCO Properties & Management announced Monday it is ready to begin redevelopment of the Gama Goat Building, a 140K SF creative office property. 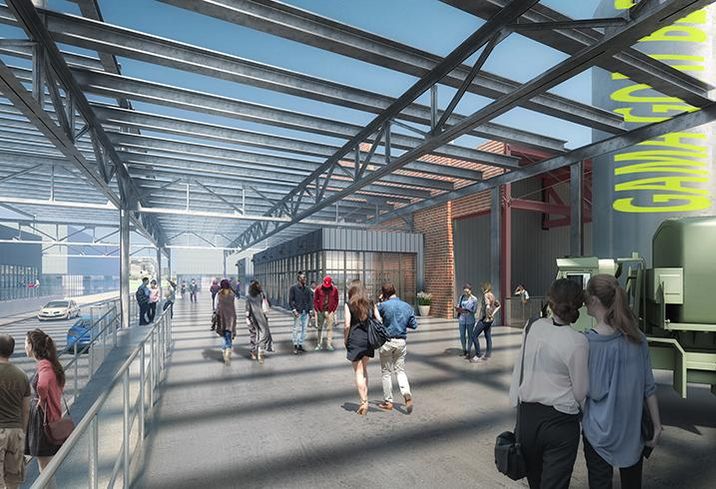 Courtesy of ATCO Properties & Management
The Gama Goat Building at Camp North End will include passageways through the building that will connect to cross-streets.

The property at 1701 North Graham St. will feature passageways through the building to connect with streets in the Lockwood neighborhood, allowing for greater pedestrian interaction. The streets will be lined with spaces for ground-floor retail, food and beverage and outdoor patios.

“There is no space like this anywhere in Charlotte and certainly not within a mile of Uptown,” ATCO co-President Damon Hemmerdinger said in a statement. “Renovating this building is the first big step towards realizing our long-term plan for Camp North End and demonstrates our relentless commitment to action.”

Eventually, Camp North End will include 1,500 new apartments, a hotel, 200K SF of shops and restaurants and up to 1.5M SF of office space. 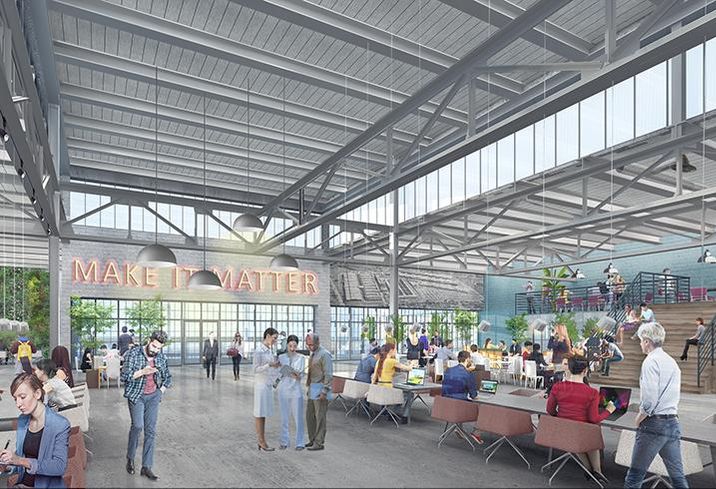 The creative office spaces in the Gama Goat Building will offer soaring ceilings, clerestory windows, steel beams, wooden trusses and exposed brick, and they will be available beginning in late 2018. New York-based S9 Architecture will be the design architect, Charlotte-based BB+M Architecture will be the local production architect and the civil engineer/landscape architect will be LandDesign. Cushman & Wakefield will lease the property.

Camp North End is huge — 75 acres and 1.3M SF — and it is geographically well-positioned: just north of Fourth Ward, near AvidXchange Music Factory and about three miles from NoDa. Originally the site of a Model T factory, it was created by industrial architect Albert Kahn and commissioned by Henry Ford in 1924. In the 1940s, the site was used as a base for The Charlotte Quartermaster Corps during World War II. The Army decommissioned the base after using it to make Nike Hercules missiles during the Cold War, and then Eckerd Drug used the space as a distribution center.

For decades after, the industrial site had been fenced off, serving as a glaring obstacle separating eight surrounding neighborhoods.

All of that is changing, starting with a developer with a plan for preservation, combined with creative business owners who have taken a chance on the former factory. 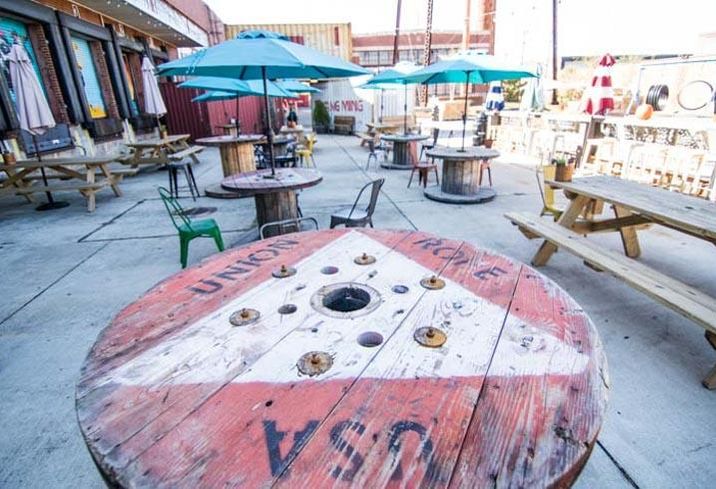 Courtesy of Alex Cason
The Boileryard

ATCO purchased the former industrial space in 2016, and developers have been renovating the six main buildings and ancillary buildings on the property into retail and office space.

The Gama Goat Building will be part of the complex that is already home to the Boileryard, a community space featuring a courtyard with tree planters, a fire pit, outdoor games, food trucks, live music and murals showing “innovation in Charlotte” created by local artists; and the Boileryard Building at 1824 Statesville Ave., which houses nine businesses in addition to Camp North End’s event space. 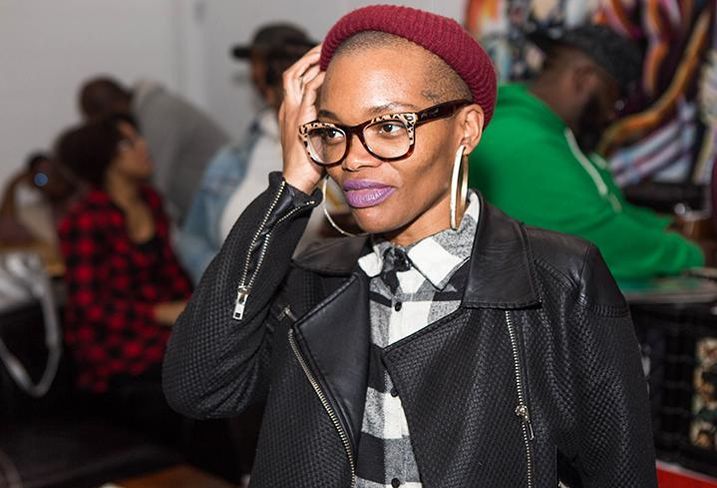 The lineup of small businesses at the Boileryard Building already brings vibe in a big way to Camp North End. In addition to Alchemy, DUPP&SWAT and BlkMrktCLT, BLKTECHCLT is a community initiative supporting technologists and entrepreneurs of color.

Silver Eye Studios features a range of skills from woodworking to mural artists. HEX Expresso Bar started as a pop-up and now has a permanent space to serve coffee.

Prism Supply is a custom parts manufacturer for vintage motorcycles. Solid LLC is a creative agency. Wily is a “design thinking consultant space.” 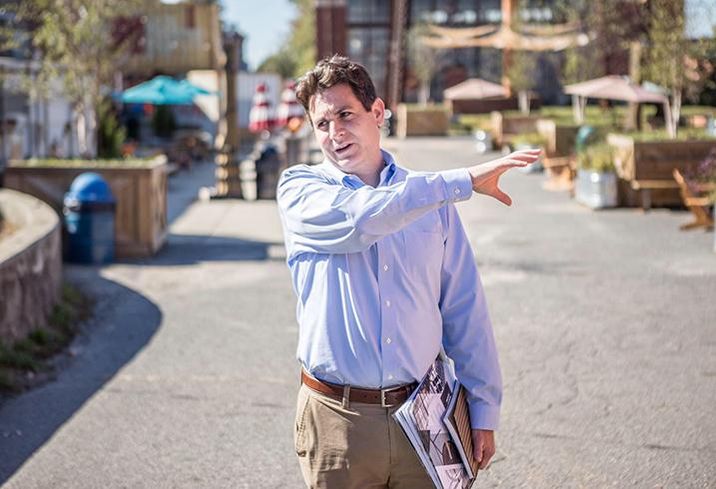 “We’re trying to embrace the surrounding community and be a positive force for change in the North End. We really wanted to invite businesses that are mostly from the surrounding neighborhoods, whether they’re startups or they're relocating or this is their first brick-and-mortar location,” ATCO Properties Development Director Tommy Mann said. “With these tenants, we can start to create some place and energy.”

There is room for bigger players as well. The Ford Building, once developed, will have 240K SF for a future tenant. Also on the property, Junior Achievement of Central Carolinas leases 30K SF, Goodyear Arts has 20K SF and Hygge Coworking has 10K SF.

How will a place like Camp North End keep its funkiness, once the heat is on? 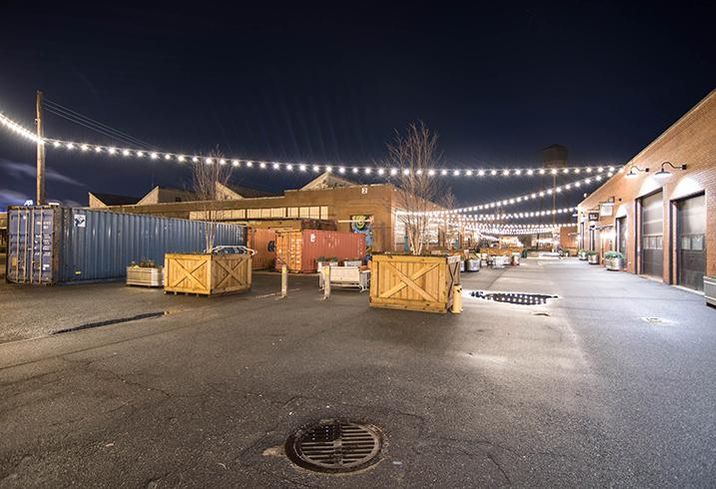 Having a rough and edgy space like the one at Camp North End helps replace the creative energy lost in Charlotte’s other spaces, DUPP&SWAT co-owner Dion Galloway said.

His company relocated to Camp North End from a space just on the other side of the bridge from NoDa, beside Charlotte’s arts district. It was a decision the company did not make itself.

“The owners of the building decided to move in a different direction and we were asked to leave; very similar to a lot of the cultural hubs in Charlotte,” he said. “A district dedicated to art is being replaced by upscale condos, bars and restaurants.”

“The warehouses definitely give a strong rustic vibe that artist naturally migrate to and I believe that’s why it has been embraced by the community,” Dion Galloway said.

“Camp North End is curating each and every space with totality in mind,” said DUPP&SWAT co-owner Davita Galloway, Dion Galloway's sister. Everyone in her building was handpicked to complement each other, and she said the collective creative drive and energy are more powerful as a team of business owners than each business would be on an individual level.

“This kind of consideration and intentional placement of tenants that ownership/management currently displays lends itself to dopeness — frankly,” she said.

As development continues and other businesses and attractions join the group, Davita Galloway said all of that will contribute to the experience at the complex. 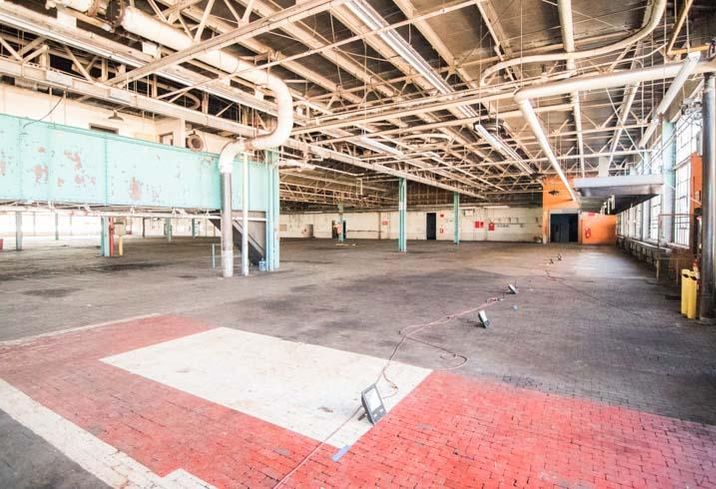 Courtesy of Alex Cason
Green bathroom pods can be seen in the former assembly plant at Camp North End.

Old buildings with new ideas, small businesses interacting with big — Mann said ATCO plans to do it all. The developers will be working on this project for the next 15 years or so, and they are committed to saving at least two-thirds of the buildings as part of their renovations.

During the Ford factory days, bathrooms were elevated in green pods so the assembly lines could pass seamlessly underneath. During the Cold War, windows were covered so Soviet spy planes could not see that the buildings were in use.

The Boiler House at Camp North End served as a space to control the steam-powered assembly line, likely for Army usage, Mann said.

“When we first found this building, there were logs, calculations, different tools and instruments that date back to the Army’s occupation here,” he said. “It’s almost like they told people to come home and not come back the next day.”

ATCO will preserve the Boiler House building, with plans to utilize the platform at the entrance as a space where people see the history.

“We’d like to set up a café or bar, and be able to leave all of this for people to observe.” 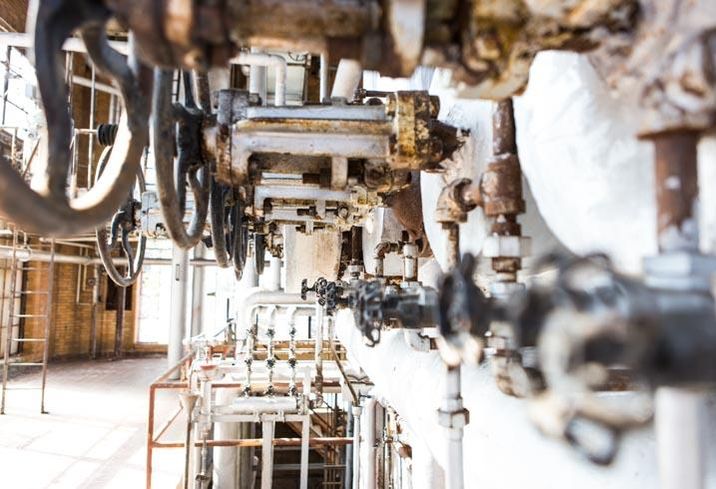 The preservation is what makes Camp North End so unique, Mann said.

“Environments like this are ways for companies to be able to attract smart tech-savvy talent. That’s why companies are moving out of traditional office buildings and seeking more interesting places.”

The city is pitching in on the area’s improvement, as well: a few weeks after ATCO zoning was approved, city council approved a $15M Community Investment Plan package to upgrade the streetscape on Graham Street, Statesville and Woodward avenues and to extend Sylvania Avenue, all surrounding Camp North End. 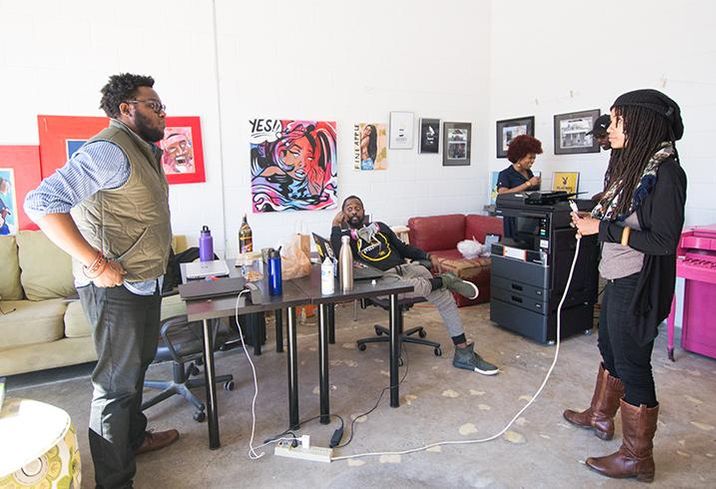 One evening over the winter, a group of artists gathered at one of the creative businesses, photography studio BlkMrktCLT, to talk about the business of art and how the city should be helping creatives of color.

Attendees discussed how to price their work competitively and how to demand opportunity from the city for black artists. Camp North End is the perfect spot for artists, said the artist who hosted the gathering, who goes by the name Dammit Wesley.

“Everything is desolate. Any artist would love to use this space,” he said. “It’s a blank canvas.”

Salon owner Gates said the old, rustic canvas was precisely what appealed to him when deciding to move his salon from his old space, the new building in South End’s Gold District.

“I wanted something more rustic and industrial. Everything inside the old space was brand-new — new drywall, new concrete, new windows — typical in Charlotte, and not really my style,” he said.

Even with its big expansion, Camp North End intends to stay funky, which is right up his alley.