State Of The Boston Market: More Foreign Investment, Downtown's Back And Seaport Improvements

Although Boston commercial real estate may have ended 2016 unsure of how it would proceed in light of the unexpected presidential election results, leaders from the investment, retail and leasing sectors say the city is a strong place to be with continued growth expected. 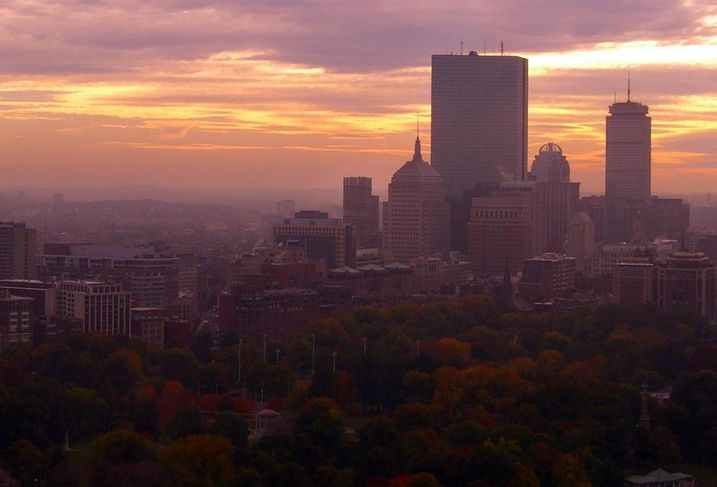 “There was a little bit of a pullback because of political uncertainty, but the demand for multifamily and all real estate in Boston, really, has remained strong,” KIG Real Estate Advisors founder Justin Krebs said.

Even if institutional investors have pulled back, they have been replaced by high-net-worth families and individuals as well as foreign investors looking to bridge the gap, Krebs said. This scenario is unique to top markets like Boston, where average multifamily occupancy levels have not dipped below 90% and rents have remained high, making it an attractive market in which to invest.

Retail is having a similarly robust moment.

“I think the thing we need to be positive about is our exceedingly robust economy, which seems to be clicking on all cylinders,” WS Development Executive Vice President of Leasing Mark Roberts said. “It helps what we do.”

Chestnut Hill-based WS Development spent $359M in 2015 for the remaining 12.5-acre plot of land known as Seaport Square. WS, which is behind upscale suburban retail developments like the Street in Chestnut Hill and Legacy Place in Dedham, was tasked with making the Seaport distinct from anywhere else in the world, with better tenants and architecture.

“There is no question: Is [the architecture] bad? No. Could the bar be raised? Certainly,” Roberts said.

WS revealed plans last week for 88 Seaport Blvd., an 18-story building notably different from most of the square, glass boxes under construction in the highly active neighborhood. The 499K SF building features a dramatic midsection with a series of tree-lined terraces built into the building. The company will take a similarly distinctive approach with tenants it brings to the neighborhood, Roberts said. 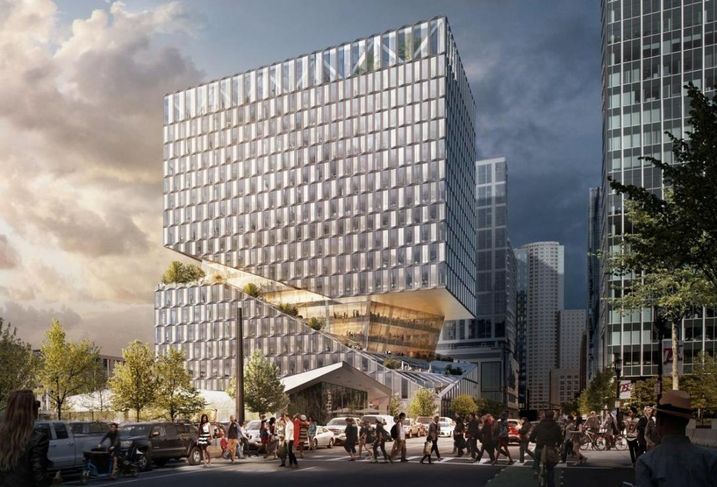 “Apparel in today’s world is not the most robust category, but food, fitness and cosmetics as well as unique players like L.L. Bean will be coming,” he said. “We are working hard to make sure we go after new and different, some of which aren’t even in Boston yet.”

As the Seaport continues to flex its development muscle, smaller tech companies are getting priced out of the neighborhood as well as from the area’s other tech and life science hub: Kendall Square.

“Mega-companies who have a beachhead in Kendall and who want to continue to grow can afford to do so and stay in that ecosystem,” Equity Office Properties Vice President of Leasing Matthew George said. “It prices out midsized tenants, who then have to look outside and widen their search to areas like downtown.”

Major Financial District tenants like PricewaterhouseCoopers have moved from the neighborhood into the Seaport, but smaller tech companies like Bullhorn are moving into 100 Summer St. (which Equity owns) and other downtown towers as space frees up and they see an opportunity to grow.

“We’ve seen younger companies grow and want something different,” George said. “Downtown checks the boxes: access to transit and roadways plus big floor plates in a high-rise tower give a certain sense of legitimacy.”

Boston has been on its building spree for the duration of the national economic recovery since the 2007-2008 financial crisis. Its consistent strength has led many to wonder how long it can last, but most of the panelists speaking at Bisnow’s State of the Market event in Boston on June 13 see continued positive growth.

“Boston has hit its stride as a hub for key investors,” Krebs said. “There seems to be a strong appetite and desire to enter or continue to be here.”

To register for Bisnow’s State of the Market event, click here.