Boston’s homegrown coworking company plans to spend the rest of 2019 beefing up its local presence before embarking on a national expansion. 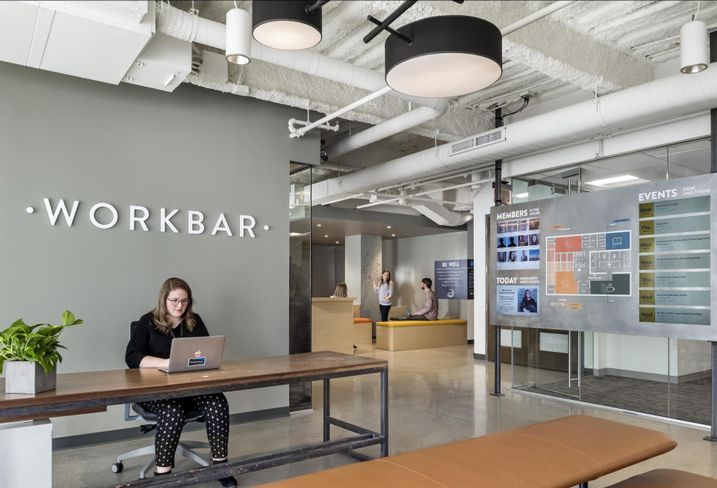 “We love Boston and have spent 10 years perfecting our model here,” Workbar CEO Sarah Travers said. “It’s an exciting move for us and all our members. Their constant feedback helped shape every single direction we’ve taken.”

Travers, who spent 15 years at Regus before taking the top job at Workbar last May, says the Boston-based company is evolving from its early days.

The coworking brand launched in 2009 and was often associated with Staples due to a partnership through which some Workbar locations in Greater Boston were inside three of the office supply chain's stores. Workbar and Staples ended their partnership earlier this year, but the coworking company plans to expand in Boston and eventually other North American markets beginning in 2020.

The company will start with a 17K SF stand-alone location in Downtown Crossing at 24 School St. and a 6K SF space in the Norwood Space Center later this year.

“Boston has been a great launch pad for Workbar,” Travers said. “Workbar has had a positive impact in drawing companies to this area, hosted a lot of them and enabled them to grow and get successful.” 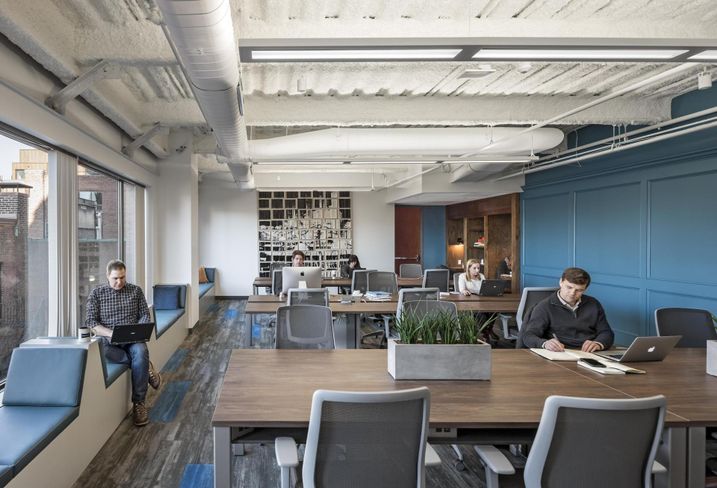 Anton Grassl/Workbar
Workbar CEO Sarah Travers said the company is focused on its "80/20" model, where 80% of a Workbar is typically reserved for traditional coworking space and 20% is for private offices.

Workbar will always view Boston as its home, but Travers said the company will expand in 2020 to at least one other North American market, which she declined to identify in an interview. But the company’s Greater Boston growth is indicative of how it will proceed in other markets.

While WeWork is garnering headlines for taking large swaths of space in downtown Boston trophy towers and appealing to larger corporate users, Workbar, which typically operates venues between 5K SF and 15K SF, is committed to smaller users and entrepreneurs.

“Eighty percent of our coworking space is open, and 20% is private,” Travers said. “WeWork is basically the opposite of that."

The company’s upcoming Downtown Crossing and Norwood offices will each include private offices and suites as well as traditional coworking space.

But even as Workbar courts bigger users at its Burlington flagship, Travers said those spaces were created to give companies of all sizes the ability to find a Workbar that fits their needs. She maintains the company is focused on its 80/20 model to remain competitive and go after smaller users.

“We’re not a one-size-fits-all model,” she said. “People laugh because I’m not only the CEO; I’m also a member. I don’t even have a private office.” 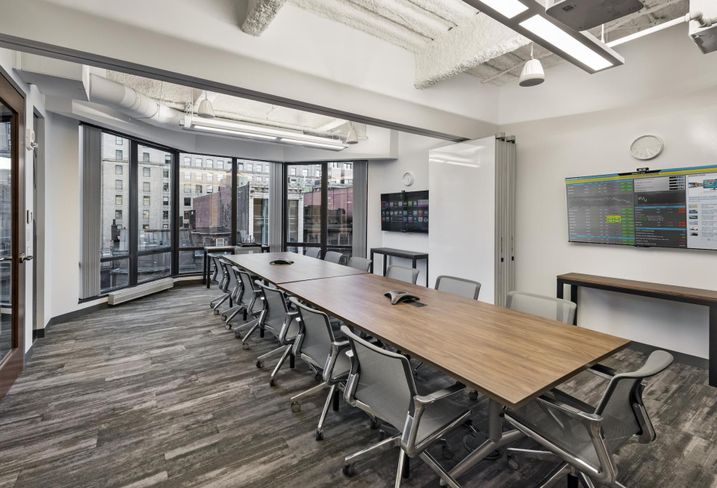 Anton Grassl/Workbar
A conference room at the Back Bay Workbar

It is still hard to ignore the elephant in the local coworking marketplace.

WeWork has about 40% of the Greater Boston coworking footprint with more than 1M SF, according to Perry data obtained by Bisnow. Workbar says it has about 100K SF locally, but its stand-alone presence is just over 41K SF, or 2% of the local market, according to Perry figures. That puts it as the eighth-largest Boston coworking provider, behind other local startup Cambridge Innovation Center (474K SF, or 18% of the local market) and other players like Travers’ former employer Regus (nearly 204K SF, or 8% market share).

While Travers began at Regus in 2002 before coworking was a commonly used term, her top task at Workbar is scaling its model and growing the brand, albeit differently than some of her bigger competitors.

“We’re not just doubling down on direct leases and gobbling up as much real estate as we can,” she said. “It’s a very thoughtful and methodical process.” 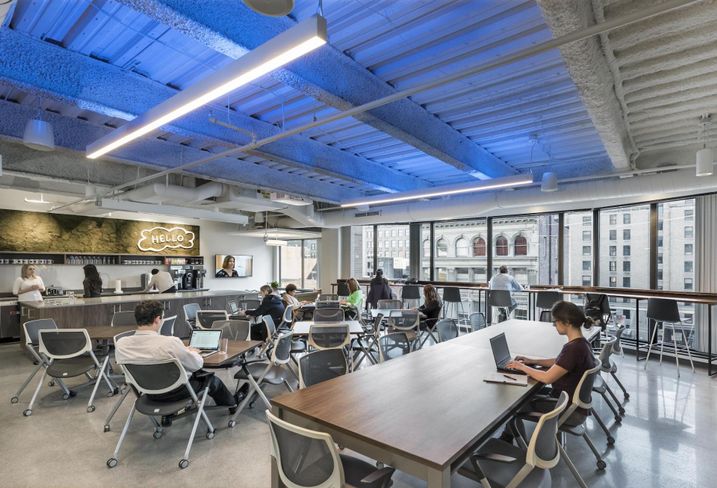 Anton Grassl/Workbar
Workbar plans to use its Boston footprint as a model for growth in future markets.

Workbar’s 100K SF footprint comes through its network partnerships like the UMass Lowell Innovation Hub, the Fields Corner Business Lab in Dorchester and the DCU Center of Excellence, a financial technology innovation center near South Station. The network partnerships, or what Travers calls the modern franchise model, are how the company plans to embark on its next chapter.

While the company has traditional leases for some locations, Workbar also has management agreements where it operates a branded coworking space without taking on the risk associated with rent. That kind of relationship includes a profit-sharing arrangement with whichever landlord or business owner Workbar is partnering.

Travers also said the company is open to a business relationship with a major traditional landlord similar to the one Equity Office has with coworking provider Industrious. But first, Workbar plans to grow in its future markets just as it has in Boston: through a mix of stand-alone offices and network partnerships.

However, Travers is quick to note the company doesn’t have any intention of forgetting where it came from.

“Boston fans will be excited with our platform when we jump off and grow to a new market,” she said. “They’re the ones who helped us.”