One of the Seaport’s original marquee tenants has plans to reinvent its high-profile stretch of Boston Harbor. 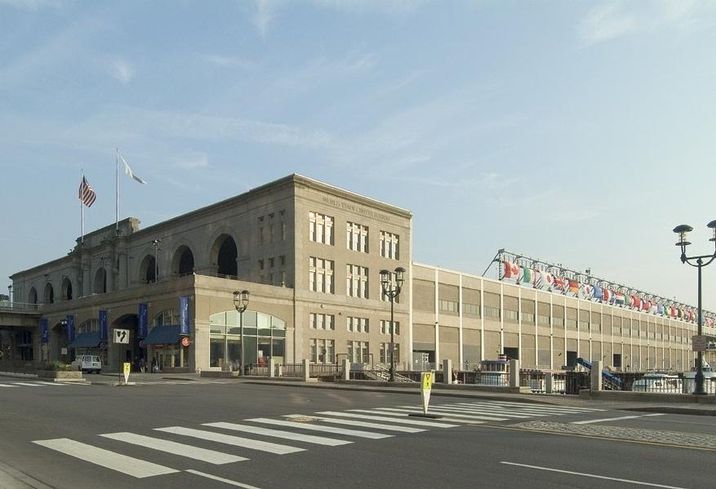 Pembroke Real Estate, the development and real estate arm of Fidelity Investments, told Bisnow it planned to file a letter of intent with the Boston Planning & Development Agency Dec. 6 to rework the World Trade Center in the Seaport. The plan is not expected to add significant square footage to the existing 804K SF office and meeting complex, but rather redevelop and modernize the property on its existing footprint.

“Pembroke is always evaluating its properties and assessing them with their portfolio,” Fidelity Investments Vice President Michael Aalto said. “The Seaport has been this hot spot in Boston, and it seemed like the right time to assess.”

The plan calls for a reworked office for Fidelity, a new Seaport Hotel conference and event facilities, 30K SF of additional retail, improved public space and an enhanced Harborwalk. The redevelopment proposal does not call for any new massing, density or height.

“It’ll essentially be the same size,” Aalto said. “We’re not doing a tower.”

One casualty of the project will be Commonwealth Hall, an exhibition space in the World Trade Center’s lower levels that will close permanently to make way for the project’s public amenities.

Fidelity will continue to occupy all of the office space at the project, and it remains committed to keeping its headquarters in Boston. The company currently employs 5,000 in Massachusetts, including 1,500 at the World Trade Center.

The company first indicated in February 2017 it was in the early stages of a feasibility study of the World Trade Center.

Aalto declined to give a cost estimate for the planned redevelopment and said further details on Fidelity’s plans for the World Trade Center will come when it files a project notification form with the BPDA in early 2019.

Fidelity was an early pioneer in transforming the Seaport into its current development heyday when the Massachusetts Port Authority chose it and The Drew Co. to redevelop Commonwealth Pier in the 1980s. That resulted in the World Trade Center, and it has since grown to the 2.2M SF Seaport Place hotel and office complex spread across Seaport Boulevard.

The World Trade Center redevelopment proposal is the latest in a wave of developments in various stages of construction or planning at that stretch of the Seaport. News that any redevelopment will not impede on public space is likely to appeal to environmental groups that have fought neighboring waterfront developments and their alleged impact on the Harborwalk.

The Cronin Co. is underway with construction on what will become the St. Regis Residences next to the World Trade Center. Across the street, Cottonwood Management topped off in September the first tower of its $950M EchelonSeaport project. Boston Global Investors was recently awarded the development rights at Parcel A2, a lot next to the MBTA World Trade Center Silver Line station.