The St. Regis Residences Breaks Ground In The Seaport

A planned Seaport luxury residential tower that has been criticized for its impact on Boston's waterfront accessibility moved closer to reality Monday at its groundbreaking. 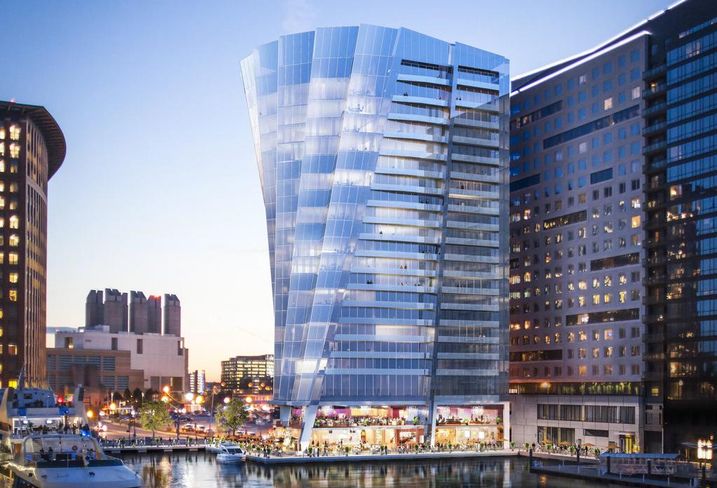 Courtesy of the BPDA/Elkus Manfredi Architects
Rendering of the St. Regis Residences, Boston

“For you to work through all of the challenges associated with developing a parcel of waterfront property in Boston shows that you have great commitment and tenacity,” Polito said to Cronin during her address at the groundbreaking.

The St. Regis Residences, previously known as 150 Seaport Blvd., got unanimous approval in March 2017, but the Conservation Law Foundation was the loudest opposition to the development. The criticism stalled the project for a year and ultimately led to a $13.1M settlement in January that will go toward things like parks and a public dock.

Linda Dorcena Forry, a former state senator who was also at the groundbreaking, previously criticized CLF President Bradley Campbell for his continued opposition to the project even after neighbors and political leaders overwhelmingly indicated their support.

The Elkus Manfredi Architects-designed project will replace the Atlantic Beer Garden and Whiskey Priest waterfront bars and is meant to resemble the sail of a tall ship. The design, by the late Howard Elkus, was a response to Walsh’s call for better architecture in the Seaport, according to Cronin. 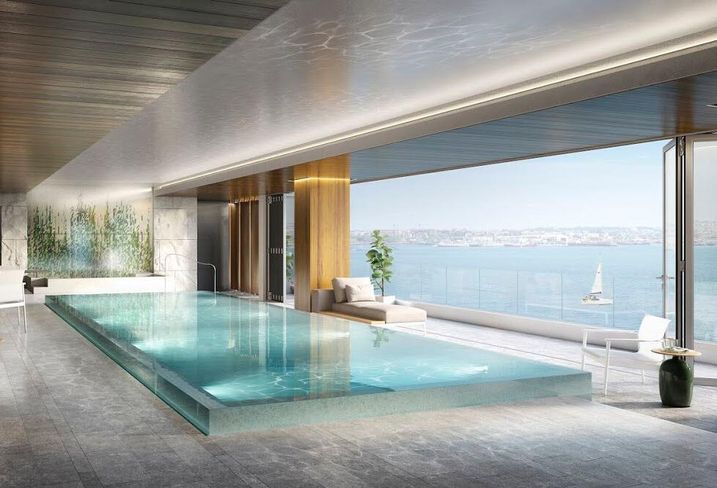 Courtesy of Cronin Development
Rendering of the pool at the St. Regis Residences, Boston

“I often think Howard Elkus designed it this way as a way of telling us there would be a lot of twists and turns with this project over the years,” Lynch said.

Cronin revealed in July the development would be branded as the St. Regis Residences, the second condo-only project under the hotel company’s flag after one currently under construction in Rye, New York. Scheduled to open in 2020, the Boston development will feature a spa and fitness center, a library, private dining and two open units residents can reserve for visiting guests.

Walsh praised Cronin and their 21-year friendship during the groundbreaking, saying the developer has always been willing to assist with special projects in the community, like the completion of Martin’s Park, a multimillion-dollar playground along Fort Point Channel named after Boston Marathon bombing victim Martin Richards.

Cronin is also constructing 46 off-site affordable housing units as part of Boston’s Inclusionary Development Policy’s requirements for the $260M development. The St. Regis Residences will also build a missing link to the Harborwalk trail that runs along Boston Harbor.