If Amazon doesn’t pick Boston for HQ2 — and many signs show that it won’t — the city’s real estate community isn’t going to lose much sleep. 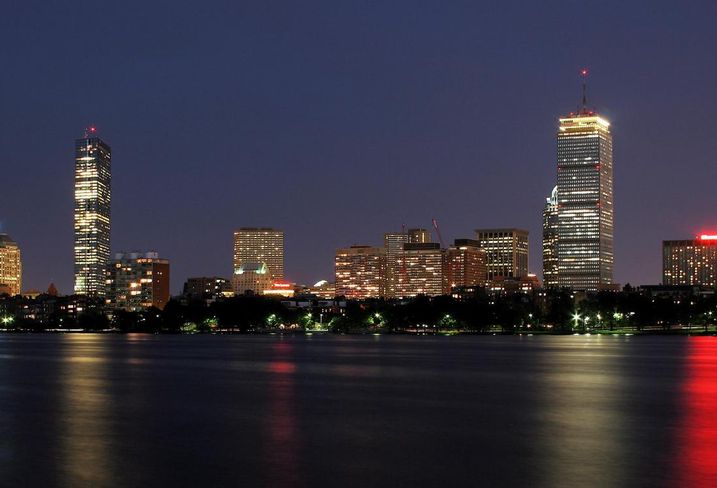 “Boston and Cambridge compared to San Francisco and the Bay Area is the only debate as to what’s the healthiest market in the country,” CBRE Vice Chairman Steve Purpura said. “On the demand side, Boston really couldn’t be any better or more diverse than it currently is.”

Boston and 19 other regions in North America are still waiting to learn who is the victor in the race for Amazon’s second headquarters. The HQ2 champion is promised up to 50,000 jobs, $5B in construction projects and 8M SF in demand for office space from a single company. HQ2 analysts have zeroed in on places like Northern Virginia, Washington, D.C., and Chicago as a shorter shortlist, and Boston’s early confidence has evolved into a new stance: We’re doing just fine as-is.

“It might be late cycle, but Boston vacancy rates continue to run well below the national average and I think that will continue indefinitely,” said Jerry Funaro, a vice president at Chicago-based corporate relocation company TRC Global Mobility Inc. “HQ2 would obviously supercharge demand for a while, but I would argue that Boston doesn’t have to worry about an impending downturn with or without HQ2.”

Boston’s 9.5% office vacancy rate is significantly lower than the U.S. average of 12.2%, and the city is confident its number could go lower given the startup seeds being planted across the region. 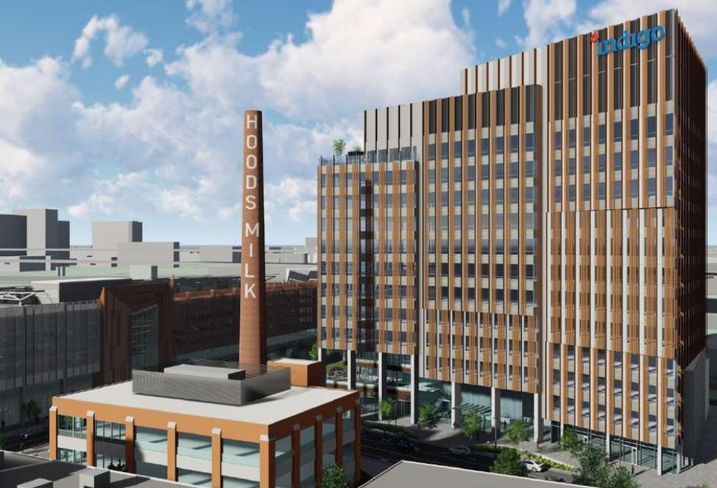 BPDA/Rendering by SMMA
Rendering of the proposed 10 Stack St. at Hood Park where Indigo AG could expand its Greater Boston presence

Massachusetts is home to 12 private startup companies with a valuation of at least $1B. This is the highest number of these so-called “unicorns” in state history. The companies range from agriculture startup Indigo AG, which has been linked to a planned 365K SF Charlestown office tower, to biotech firm Ginkgo Bioworks.

Bisnow reached out to all 12 companies — Indigo, Ginkgo, Actifio, Intarcia Therapeutics, Moderna Therapeutics, Infinidat, DraftKings, Desktop Metal, Circle Internet Financial, Starry, Toast and Formlabs — and all either declined to comment on future growth or did not respond in time for publication.

The diverse group of homegrown tech unicorns is something Boston didn’t have much of during the last tech boom, Purpura said. He thinks they will play a role in absorbing space and growing the city’s office market along with more established firms also turning to Boston.

Marquee tech companies from the West Coast like Facebook and Amazon — independent of HQ2 — are also growing their Greater Boston presence. Amazon is committed to 2,000 jobs and could go to as many as 4,000 at its planned office in Seaport Square.

“In general, it’s a really healthy business climate in the Boston area,” CBT principal Dave Madson said. “New companies that aren’t named Amazon are deciding to come to Boston, and companies that do have an existing Boston presence are pretty bullish.”

Throw in the region’s status as the top life science cluster in the world, and everyone interviewed for this story is feeling confident in how the city’s development pipeline will evolve for years to come.

“If we don’t get Amazon HQ2, the Boston office market will be just fine,” Colliers International Director of Research Aaron Jodka said. 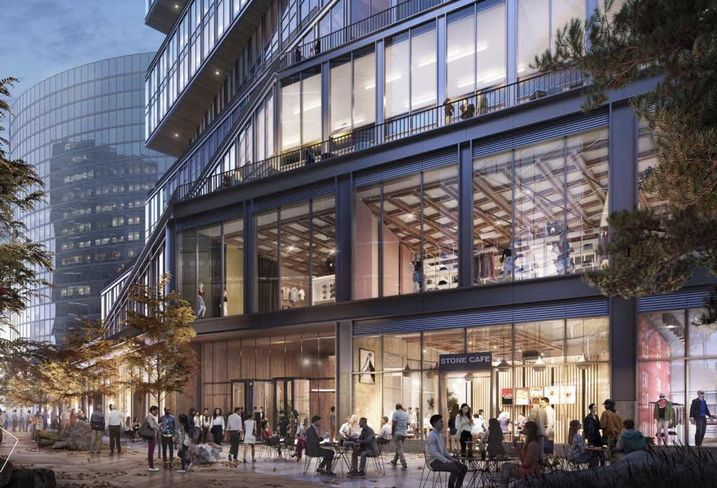 Courtesy of the BPDA/Gensler
Rendering of the L4 block development, where Amazon will bring at least 2,000 new jobs to the Seaport

The 200 tenants actively looking for space in Boston have a combined 6M SF of office demand, a record high for the city, Jodka said. Boston developers’ tendency to shy away from speculative projects means large blocks of space in new buildings rarely hit the market.

Even speculative developments like 121 Seaport are typically leased before construction completes; PTC and Alexion signed leases that filled the building before it delivered.

“There is good discipline around the fundamentals of building buildings as well as a high barrier of entry and scarcity of land,” Purpura said. “That combination of factors on the supply side make the market much healthier and stable compared to a market like New York City.”

Critics have cautioned shortlist cities to be careful what they wish for, as Amazon has caused housing prices to explode in Seattle and traffic to become a congestion nightmare. Others have wondered if gaining a dominant employer like Amazon would come at the expense of smaller startups. Wayfair’s pursuit of 1M SF of additional Back Bay office has Boston’s real estate community questioning if the next Amazon is already here.

Purpura thinks the Boston market will continue to grow thanks to 20 companies, which he declined to list. Recognizing the city does face infrastructure problems that need to be fixed, he still sees plenty of runway left in the development pipeline.

“It’s the healthiest market around, and it’s nice and balanced, which is great,” Purpura said. “Some unforeseen macroeconomic event aside, you couldn’t be any better situated.”