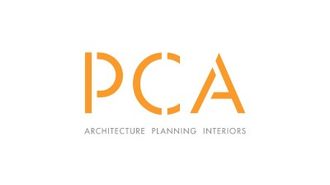 Americans want the open storefronts and bustling sidewalks found in pedestrian-friendly cities like Paris. In turn, public parks and plazas have grown popular as designers and developers embrace new urbanism, a concept that has repopularized pre-automobile principles of walkable neighborhoods, increased density and a higher quality of life.

U.S. cities have sought to create great public realms in the past. In the 1960s, New York doled out density bonuses to developers who would create large plazas around their high-rise residential and office projects. But the result was often large, empty, wind-swept slabs of concrete. People avoided them like wastelands, Chilinski said.

Boston, where PCA is based, has also seen a fair share of inhuman urban design coming out of this period. City Hall Plaza is a treeless, seven-acre stretch of red bricks and sharp steps. Though it was designed to recall Italy’s Piazza del Campo, people do not come to City Hall Plaza to linger and walk about. An improved version of the plaza would surround the plaza with retail, sidewalk cafés and greenery that would fill the space and turn it into a destination, Chilinski said.

In the 1980s, American urbanist William H. Whyte conducted a multiyear study on which plazas attracted the highest foot traffic. He found that spaces with an abundance of seating areas, water, trees and access to food all helped draw crowds. Whyte concluded that plazas needed to be connected to the flow of pedestrian street traffic, and activities like musicians and performers attracted more people and encouraged social interaction.

It turns out people are attracted to other people.

Courtesy of PCA
A rendering of Washington Village

New urban design in Boston has taken inspiration from Whyte’s findings. Across from the Boston Convention and Exhibition Center, The Lawn On D is a 2.7-acre public and private event space hosting concerts, interactive exhibitions and free WiFi. One seasonal event, “Swing Time,” brings an interactive, lighting-enabled swing set to the green space.

Residential spaces have become less about individual units and more about the overall living experience inside and around a complex. Near the BCEC, PCA worked with DJ Properties and the Andrew Square Civic Association on a six-block, 656-unit residential development in South Boston. At the center of Washington Village, tenants can gather in a 1.5-acre public plaza and green or take advantage of 98K SF of retail.

Courtesy of PCA
A rendering of Arsenal Yards

Retail spaces have also undergone transformations from rows of storefronts into mixed-use destinations. PCA was brought on by Boylston Properties and The Wilder Cos. to design a mixed-use plaza at Arsenal Yards in Somerville, a former armory.

PCA is building an urban street environment that emphasizes ground-floor and outdoor activity while preserving the historic architecture of the buildings. By focusing on the lower 30 feet of buildings, where they meet the ground, developers can keep projects at a human scale and perspective.

These projects are based on time-tested planning and design strategies first incorporated by the firm in projects like Mashpee Commons in 1998, Legacy Place in 2007 and, most recently, MarketStreet in Lynnfield in 2015.

PCA has had a hand in constructing public realm since the firm’s inception. For 35 years, the firm has created spaces that bustle with activity and a sense of purpose, from yoga and ice skating to farmers markets. As demand for a town square experience grows, so do the possibilities and expectations for improved community spaces.

“Expectations have been raised among people — not just here in Boston but all over the United States,” Chilinski said. “That a sense of place is created by a good public realm. The space around buildings is an integral part of how you design commercial and residential spaces. Today, as designers we have a responsibility to plan the networks of buildings that create great public places for people. There is an expectation now that this is what you should do.”