Co-Living Arrives In Boston, Billing Itself As An Affordable Housing Solution

A twist on one of Boston’s oldest ways to live could be a key ingredient in solving the city’s affordability problem. 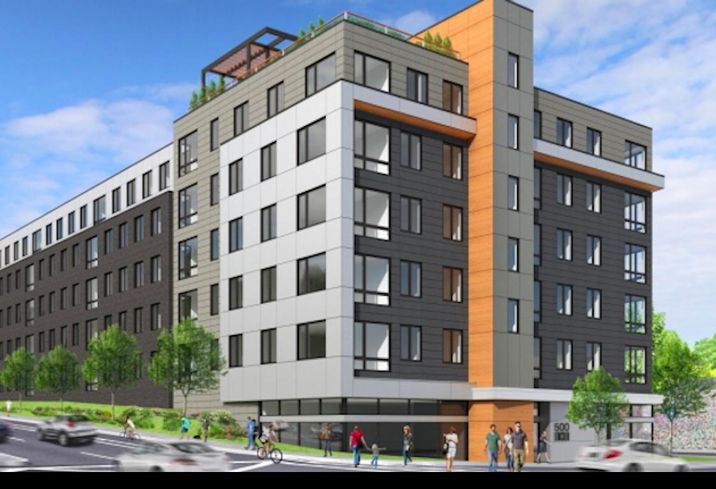 Given the number of colleges and universities in Greater Boston, sharing an apartment with roommates is a concept almost as old as the higher education institutes themselves. Students may prefer to matriculate into their own place to live after graduation, but Boston’s high cost of living — among the world’s highest — has made it where the roommate trend continues well past the time a degree is earned.

Developers have pitched smaller studio micro-units in market-rate buildings as an “affordable” solution, but even those can command rents as high as $2,700/month in the Seaport. Now, Boston developers are partnering with co-living companies to evolve the roommate concept and make it less like living with strangers — at a significant discount.

“For us, it’s very challenging to build housing for the middle class,” said Arx Urban principal Benjie Moll, who is speaking Sept. 25 at the Bisnow Multifamily Annual Conference New England at the Westin Copley Place. “We view co-housing as a solution to do that.”

Development costs for a one-bedroom unit in Boston can run north of $450K, and that translates to higher rent or home prices for buyers. Demand, coupled with the high cost of construction and labor, has turned Boston one of the most expensive housing markets in the U.S., and a consortium of Greater Boston mayors have pushed for 185,000 new units of housing to be built by 2030 to tackle the housing crisis.

Co-living may be a key piece in quickly achieve those housing targets, Moll said.

Arx Urban is partnering with Boylston Properties and Common, a company that partners with developers at a project and manages co-living space, in Allston on Common Allbright, a 282-bedroom co-living development. Renters get private bedrooms, but they share common living spaces and a bathroom with their suitemates. WiFi, furniture, a weekly cleaning service and shared goods like toilet paper and olive oil are included in the rent.

Compared to market-rate studios in the area, co-living space at Common typically runs at a 15% to 25% discount, according to Common Senior Director of East Coast Real Estate Brian Lee. Because utilities and other services factor in the utility costs are included in a Common rent, the discount grows to as much as 40%, Common claims.

“At the end of the day, we’re building on something that’s been done for the last few decades: living with roommates to make the cost of living more affordable,” Moll said. “We’re just trying to remove some of the friction from that experience.” 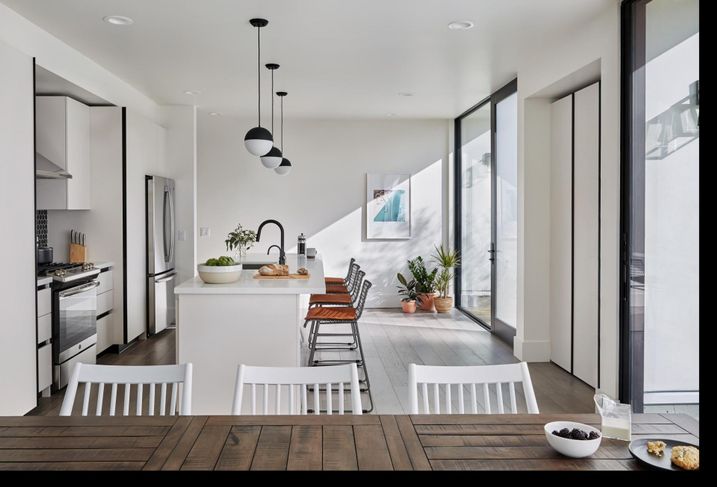 Courtesy of Common
A shared kitchen in a Common residential unit

Co-living, like coworking, may seem like a millennial-driven trend, but Common partnered with Tishman Speyer earlier this year to launch Kin, a co-living brand aimed at families. Kin will debut at Tishman’s Jackson Park multifamily development in Queens, New York, and include private living spaces with common, shared areas for families to socialize.

Kin, which has Boston as a target market for 2020, features on-demand childcare, in-unit cleaning and stroller parking. While rents will still be market-rate, the idea is cost savings come through the community sharing on resources like nannies, toys and goods.

“The idea is families live better and save money when they’re part of a larger community,” Kin CEO Britt Zaffir said. “So often parents feel isolated raising children in large, faceless apartment buildings with layouts and features that don’t make sense for a growing family.”

Common and Kin aren’t the only co-living providers with sights on Boston. National Development and Ollie have plans for a 14-story co-living project at Ink Block, and San Francisco-based Bungalow debuted in Boston earlier this year.

New York City officials have recognized co-living is a key ingredient in its housing target of 300,000 new units by 2026. Boston hasn’t officially followed suit, but it appears to be heading in that direction.

When contacted by Bisnow, a city of Boston spokesperson referenced the Housing Innovation Lab, which recognizes collaboration and housing experiments are key in solving the region’s housing shortage.

The program outlines a Compact Living Policy, a two-year pilot where Boston officials will monitor developments that are more affordable and smaller (think a 600 SF two-bedroom unit instead of the standard 1K SF) but still comfortable thanks to “good design” and shared common spaces.

The policy, which has driven some of Boston’s current co-living projects, has Moll optimistic for how the housing concept will evolve in New England.

“The city has been incredibly supportive and thoughtful in how they’re approaching this,” he said. “In the next two years or so, it’s going to have to be addressed as more and more of these pop up.”