Every Boston neighborhood wants to be Kendall Square. But the place real estate experts think could actually become the next global hub for innovation now has a developer. 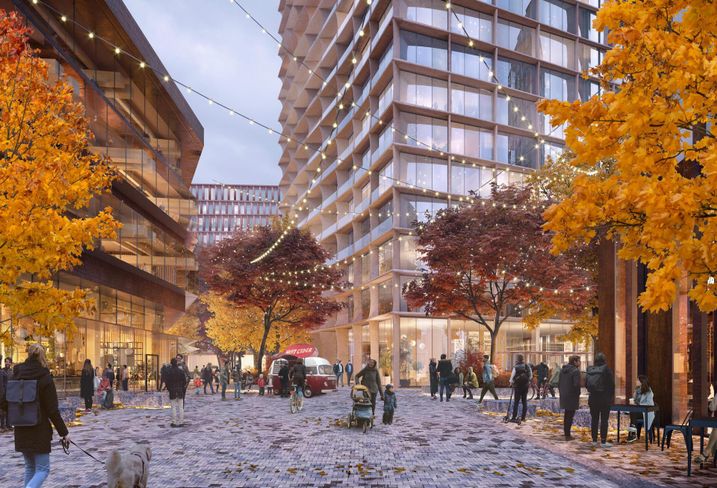 Harvard University has selected Tishman Speyer as the preferred developer for the 14-acre first phase of its Enterprise Research Campus in Allston. The New York-based developer beat out a field that was narrowed down to nine developers, then three over the fall.

“Tishman Speyer will bring to Allston a wealth of experience shaped by extraordinary work around the world, and we look forward to the further development of the Enterprise Research Campus,” Harvard President Larry Bacow said in a statement. “The convergence of art, business and engineering in a new urban district will create opportunities for creativity and innovation that will drive achievements in research that none of us can imagine.”

The HYM Investment Group and a partnership between National Development and Alexandria Real Estate Equities were the other finalists.

Harvard aims to make the ERC, adjacent to Harvard Business School and the Harvard Science and Engineering Complex, an innovation cluster.

Tishman’s focus on "bold and innovative" architecture, attention to a public realm and sustainability, inclusion of affordable housing above Boston’s minimum requirements and commitment to diversity were all key in its victory in the bidding process, according to Harvard’s announcement.

“[Tishman Speyer’s] focus on these shared goals and aspirations will result in an innovative ERC — that will complement the cutting-edge institutional research and teaching taking place at Harvard and throughout the region, and that can be integrated into the already thriving community,” Harvard Allston Land Co. Chair of the Board and Harvard Business School Dean Nitin Nohria said in a statement.

The university’s announcement details a building called the “Treehouse,” expected to double as the new neighborhood’s front door and a hotel and conference center.

"Capturing the spirit of innovation of the Enterprise Research Campus, our design will transform a former industrial site into a fertile new ground for the exchange of ideas and creative expression,” said Jeanne Gang, partner and founding principal at Studio Gang, which Harvard chose as the ERC’s architecture lead. “We envision a neighborhood brought to life with low-carbon buildings and resilient green spaces that foster community and connect people to their natural environment.”

Harvard already has Boston's approval for 900K SF of development at the ERC’s first phase, made up of a 400K SF office and lab building, a 250K SF hotel and conference center, and 250K SF of residential.

When the university narrowed the field down to Tishman Speyer, HYM and the Alexandria/National Development partnership in November, all three contenders were noted for pushing for more housing than what Harvard had gotten approved. Tishman will have to go through more neighborhood and Boston Planning & Development Agency approval for more housing.

“Over the next several months, HALC and Tishman Speyer will be working with the local community, elected officials and City Hall to develop and refine a project proposal so that it can be shared and formally submitted for review,” HALC CEO Thomas Glynn said in a statement.

Glynn said at an October Bisnow event that university officials had reviewed 1,500 pages of documents during the bidding process and were focused on not building "a suburban office park on Western Ave."

The university has initially designated 36 acres for its ERC, but Harvard has even more at its disposal, depending on the realignment of the Massachusetts Turnpike. Harvard owns 358 acres in Allston, including 47 acres around the Mass Pike it bought for $151M in 2000 from CSX Transportation. Many in Boston real estate circles expect the ERC to be a Kendall Square competitor, especially as Kendall continues to see 0% lab vacancies and rents north of $100 per SF.

Tishman Speyer doesn’t have a formal proposal before the city yet, but it is expected to focus on tech and life science in the new neighborhood. It plans to partner with LabCentral, a shared lab space provider, to promote startup growth within the ERC.

“This project will combine the best in real estate with the best in science to help entrepreneurs and researchers make life-changing discoveries,” Tishman Speyer President and CEO Rob Speyer said in a statement. “And it will do this while supporting the neighborhood’s residents, further strengthening existing businesses and diversifying the region’s economy. We are proud to be part of this once-in-a lifetime opportunity to create a flagship for innovation at the center of a thriving, community focused mixed-use development.”