There’s no such thing as too much lab space in Greater Boston. 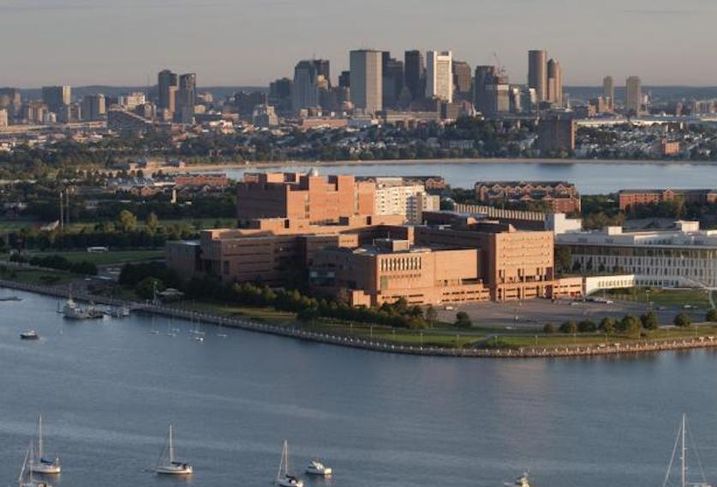 “From my perspective, we’re at the bottom of the first with what’s happening in life science, and we see the demand continuing,” Cushman & Wakefield Executive Vice Chairman Bob Richards said. “There’s a huge amount of demand without any sort of supply to satisfy it.”

It might be easier to find a Boston neighborhood that isn’t trying to be the next Kendall Square these days. When UMass Boston announced earlier this month it will lease the 20-acre old Bayside Expo Center property to Accordia Partners for $235M, most real estate chatter included talks of how future development would focus on life science users.

Then again, real estate types say the same thing about a nearby redevelopment of the old Boston Globe headquarters, about developments in the South End, South Boston, the Seaport, Allston, Somerville and, well, the list could go on.

Given how many neighborhoods are aiming to be the next big thing for life science, it might seem strange for a place like Boston, not exactly known for its willingness to overbuild, to put all its economic eggs in one industry’s basket. But the region’s real estate community says Greater Boston has a different life science ecosystem than other parts of the country.

“The Bayside Expo site will almost immediately be on the radar of any company looking for space in Boston,” Perkins+Will Managing Director, principal and Regional Practice Leader for Science and Technology Bill Harris said. “Very few competitive life science sites nationally have the university tie-ins like Boston.”

UMass was banking on that when it first reached out to developers in 2017 for ideas of how to develop the Bayside Expo property next to its Boston campus. UMass bought the property for $18.7M in 2010, and it was once pitched as a potential Athlete’s Village during the failed Boston 2024 Olympics bid. It was also considered as a site for a future stadium for the New England Revolution soccer stadium.

Future projects could bring 3M SF of mixed-use development to Bayside, and Accordia Partners has made it clear it has a long community process ahead before it finalizes what direction it will take on the property.

“We are excited by the opportunity to transform this important site into a mixed use development that better connects UMass, the community and nearby transit and creates important new opportunities for jobs and partnerships with the university," Accordia Partners leaders Kirk Sykes and Richard Galvin said in a joint statement to Bisnow. "Our first and most critical step in looking forward will be to launch a process for listening to the many voices interested in this project, including neighbors, the community, and faculty, students and staff of UMass Boston.”

But UMass — and every real estate expert Bisnow reached out to — thinks life science uses will play a role in Bayside’s future.

“We’re very eager to see research-oriented companies come in and also build up academic programs [at UMass Boston] to lean in their direction,” UMass Boston Chancellor Katherine Newman said. “One could imagine many different scenarios.”

Many companies are feeling the "Kendall squeeze" in Kendall Square, where the lab vacancy rate hovers around 0%. As for what kind of companies would work at Bayside, Newman expects the property to work for a mix of anchor and startup tenants. Ideally, the companies would come from the life science and technology industries and partner with UMass, similar to partnerships already in place at institutions like Emmanuel College and MIT.

“These are all thriving in the Boston ecosystem, and we want to be a part of that,” she said.

UMass Boston naturally wants an innovation hub in its backyard, but so do a lot of other institutions and neighborhoods. Signs point to Bayside, and the Columbia Point area where it sits, having a good shot at tapping into the region’s innovation economy.

The university, along with neighboring businesses and the John F. Kennedy Library Foundation, are embarking on a feasibility study about downtown Boston ferry service via an existing service that connects Quincy with the Seaport and Long Wharf. The Columbia Point stop would be on the Fallon State Pier on the UMass campus, but the neighborhood’s biggest transit asset already exists.

“What the Bayside site has is somewhat unique,” Hunneman Director of Research Liz Berthelette said. “It’s less than a 10-minute walk to the Red Line, which is the brain train.”

The nearby JFK/UMass Red Line station is only a 15-minute ride from Kendall Square and easily connects to the Seaport via South Station. Cambridge, Boston, Quincy, Somerville and Braintree launched the Life Sciences Corridor in 2014 and promote regional partnership in bringing more life science companies to cities along the Red Line.

“It’s too early to say this is an absolute can’t-miss location, but it will be important to differentiate what the offerings are,” Richards said. “The Red Line is a huge driver, which is kind of what fuels the life science industry.”

Rather than viewing it as an entirely new life science cluster, Richards sees Bayside’s future development zone as an extension of the Seaport and South Boston cluster. Developers have started to pitch life science projects into the heart of Southie, including Fort Point Channel and near the Broadway Red Line station. Eventually, that could extend all the way to Bayside.

There is still a challenge in building a life science and innovation neighborhood from scratch farther south.

The concentrated cluster of companies in Kendall Square is why so many other firms want to be there, but the Seaport may be Bayside’s model in overcoming the challenge.

“Bayside doesn’t have the peer ecosystem yet, but it’s not impossible to achieve,” Harris said. “In the Seaport, it started with Vertex Pharmaceuticals, then you had Alexion and more that followed suit.”