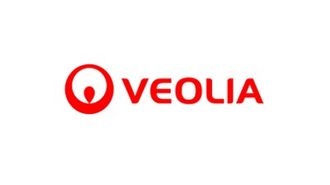 It's not easy being green. As municipal governments push for improved environmental standards in buildings, more owners and developers must strive for LEED certification to meet efficiency benchmarks. Racking up points to claim either a Certified, Silver, Gold or Platinum designation requires significant capital investment.

Building responsibly comes at a cost.

District energy is the production of thermal energy at a central plant that is distributed to a community or campus through steel and concrete-encased underground pipelines. In cities like Boston, most of this energy is recycled from electricity generation, a configuration known as combined heat and power. Combined heat and power increases energy efficiency by up to 80%, while reducing greenhouse gas emissions.

Business owners in Boston and Cambridge immediately benefit from burning less fuel. Combined heat and power also meets the energy requirements of a wide variety of sectors, from hospitals and college campuses to office buildings. CHP as a stand-alone solution from district energy that can also support microgrid technology, which allows a building that uses its own CHP system to operate independent of the electrical grid during outages.

LEED certification for projects follows a point system across multiple categories. The U.S. Green Building Council assesses building standards for energy and water efficiency, as well as light and air quality. In addition to prerequisites like indoor and outdoor water reduction, submetering and waste management, developers can earn points for conducting site inspections, taking steps to reduce heat island effects, creating open space and developing in areas with existing infrastructure, among other initiatives.

Veolia is producing green steam at Kendall Cogeneration Station in Cambridge. After completing a 7,000-foot steam pipeline extension in 2013, 75% of the company’s district energy supply uses recycled steam through combined heat and power. Veolia’s acquisition of the Kendall plant gives it more control over energy generation, and allows it to leverage a higher output.

“Cogeneration is actually a 140-year-old technology, used by Thomas Edison, so it has been an active solution in the environmental sector for quite a while,” McBurney said. “But it is increasingly being recognized as an approachable, modern solution to cities’ sustainability challenges.”

Nitrogen dioxide and sulfur dioxide emissions decreased in Boston and Cambridge by approximately 30% and 60%, respectively, after constructing a pipeline to capture excess thermal energy that was previously lost to the environment. The pipeline also led to a 6% reduction of non-transportation carbon emissions.

When it comes to LEED, owners can incorporate the electrical efficiency benefits of cogenerated steam into point calculations for new building construction. Using the district energy steam system in Boston could add an additional eight or nine efficiency points to a project than if developers were to install on-site boilers.

Properties using CHP for both heating and cooling can earn all 18 LEED points for energy efficiency without capital investment. Through the use of on-site steam absorption chillers and steam-driven turbine chillers, building owners can leverage reliable district energy steam to meet their on-site cooling needs. If an owner were just to install a boiler, that would only add four credits to the property’s LEED application.

“By receiving thermal energy through this district network, owners can reduce their upfront capital costs and also limit their environmental footprint at the same time. And that gets them closer to LEED certification,” McBurney said.