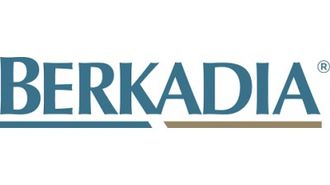 As Construction Costs Rise, Boston Developers Are Getting Creative


The Boston skyline from the Prudential Skywalk

In Q4 2016, Boston ranked as the seventh-most-expensive city for new construction in the U.S., according to JLL. Costs have continued to rise in Beantown, fueled by a lack of labor, growing housing demand, and tenants refusing or unable to pay the higher rents associated with building costs.

On the investment side, financiers continue to scrutinize the risk of new projects. To combat these limitations, developers and contractors have had to think outside of the box to find new construction techniques, secure financing and hire labor.

In Cambridge, at the Porter Square condominium development that opened in fall 2016, contractors used modular construction to save both time and money. Each of the 20 units at the Rand at Porter Square was built as contained apartments in a Maine factory, before being shipped, stacked and assembled at their final location off Massachusetts Avenue.

Modular construction has long been a popular choice in the construction of single-family homes, but multifamily developers have also started to experiment with the technique. While each apartment at Porter Square was built miles away, the local construction team, Urban Spaces Construction, prepped the building foundation at the same time on-site. The last months were left for final façade work, plumbing and electrical installation, significantly reducing the total construction time.

Brookside Square, a mixed-use development steps away from the West Concord train station, is a modular development built with the help of digital technology.

Oaktree FX, the developer behind the project, utilized its “Greenstaxx” system to reduce costs and increase energy efficiency. Greenstaxx helps coordinate on-site and off-site construction by implementing a computer-based unit library for reuse on multiple projects.

Each unit is predesigned independent of a project's dimensions, and the accelerated time frame shaves 10% to 15% off the total project cost.

“Our Greenstaxx system for predesigned, energy-efficient housing in smart growth locations has been wonderfully honed at Brookside,” Oaktree president Arthur Klipfel said in an interview with High-Profile.

Modular construction has labor unions on edge. Boston has long been a city with a close connection to union labor, and organizations like the Boston Planning & Development Agency and Zoning Board of Appeal, which approve large building products in the city, often reserve seats for union representatives.


The LEED stamp of approval

Employing union labor and complying with Davis Bacon wage rates remains mandatory for multifamily projects benefiting from U.S. Department of Housing and Urban Development financing. Low rates, around 4% for the construction period plus 40 years, and zero refinance risk have kept these loans appealing to developers looking to build projects in down markets.

“We’ve already closed a modular loan with HUD new construction financing and have several in the pipeline,” Hazelton said. "Our customers have seen reduced construction costs and timelines on these projects, and working with HUD is getting easier. In a high-cost market like Boston, it makes sense to evaluate it on most projects, although we’ve seen it’s not always feasible.”

Green certifications have become run-of-the-mill on new construction projects. Sustainable features might add some costs to construction, but once the project is delivered to market, those costs are recouped quickly in energy and debt service savings, based on HUD's green refinance incentives. Berkadia has completed over $100M in green refinances, saving an average of 15 to 40 basis points in pricing for clients.

“We encourage every single one of our customers to consider green options,” Berkadia senior director Gemma Geldmacher said. “Projects with existing green certifications immediately qualify for reduced interest rates, saving tens of thousands of dollars in debt service over the term of the loan and are more attractive to investors.”

Boston construction is costly, but there are ways to navigate the market without breaking the bank. Firms like Berkadia offer a team of advisers who can find creative solutions for securing new construction financing.