Two nuns and big pharma walked into a real estate meeting 20 years ago, and they walked out with what could be a model for cash-strapped colleges across the country. 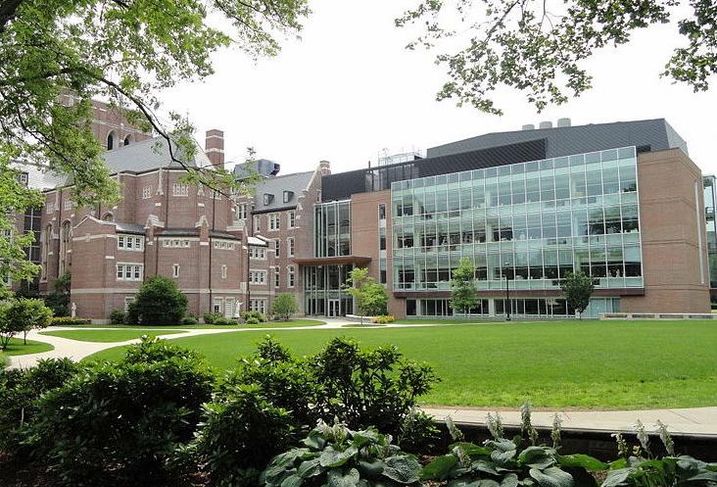 In 1999, Emmanuel College, a small Catholic liberal arts college in Boston’s Fenway neighborhood, had fewer than 500 students, a dwindling endowment and none of the amenities that attracted students to bigger universities in America’s College Town. But then came a land deal between Emmanuel and Merck & Co., one of the world’s largest pharmaceutical companies.

Sister Janet Eisner, the president of Emmanuel College, and Sister Anne Mary Donovan, then the college’s treasurer, led an Emmanuel team that had deliberated since the 1980s about selling a portion of its campus to use it as a financial life raft.

The nuns were determined not to sell off parts of the campus, and instead offered long-term ground leases on what became a three-parcel "endowment campus." The school wanted to bring a commercial use next to the school that would provide financial resources to Emmanuel and enhance the college’s academic mission.

“[Emmanuel] is honestly the textbook case of how to do it right,” said Colliers International Boston CEO and co-Chairman Tom Hynes, who was formerly the chairman of the Emmanuel College board of trustees.

Eight colleges have closed or been folded into bigger schools in eastern Massachusetts in the last decade, and a 2016 Ernst & Young report found 800 more across the U.S. are at risk. Those small, liberal arts colleges struggling to keep the lights on may have no choice but to try to emulate the deal Sister Janet and Sister Anne brokered to save their school.

Emmanuel first partnered with Merck, which signed a 75-year ground lease with the college in 2000 for $50M to build a 300K SF lab building on an acre of the endowment campus.

The school’s Merck partnership has boosted its profile as an institute for scientific research, and Emmanuel’s endowment has grown from around $7M in 2000 to $136.6M today. Brigham and Women’s also signed a long-term ground lease for a different parcel on the Emmanuel campus, where it has plans for a medical research facility.

“More often than not, whether it’s a secondary institute or a college, they’re typically in a beautiful setting, and that naturally lends itself to an opportunity to redevelop,” said Lupoli Co. Senior Vice President of Development Gerry-Lynn Darcy, who is also a member of the UMass Building Authority. 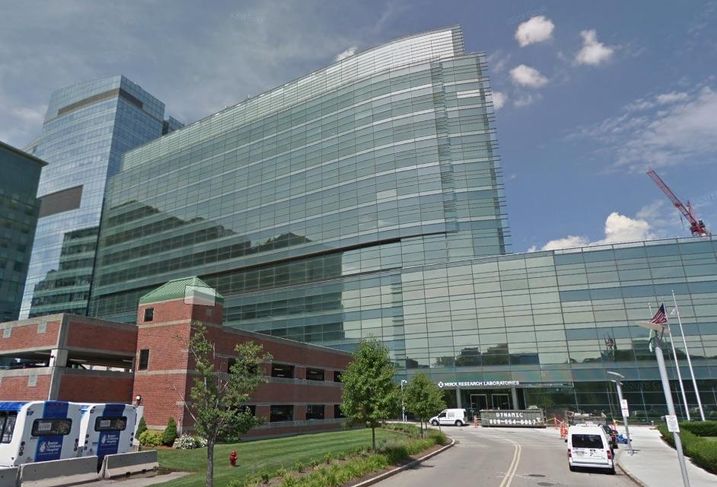 Boston Colleges On The Brink

Mount Ida College outside Boston closed after its spring 2018 semester, citing financial pressure. The small liberal arts college had spent $30M, more than its $23.5M endowment, on campus upgrades in the years leading up to its closing.

Newbury College, which has an enrollment of 627 at its Brookline campus, announced in December it will close after the spring semester. It became the eighth college in eastern Massachusetts to announce it was either merging with a larger university or shutting down completely since 2010.

Their data paints a brutally honest future for colleges looking to capitalize on their assets: The closer to Boston, the better the chances a financially shaky college has of finding a real estate suitor.

Pine Manor College, near the Chestnut Hill MBTA Green Line station, may only have an endowment of $9.4M and enrollment of 346, but its nearly 50-acre campus is assessed at $72.8M. Lasell College, Mount Ida’s failed merger partner, is located near the Worcester Commuter Rail line as well as the D-branch of the Green Line. With just shy of 2,000 students and a $40.5M endowment, the small liberal arts college’s 52-acre campus is assessed at $202M.

While Pine Manor and Lasell are sitting on valuable real estate, other colleges in the area have capitalized on their coveted property holdings and completed pricey transactions. 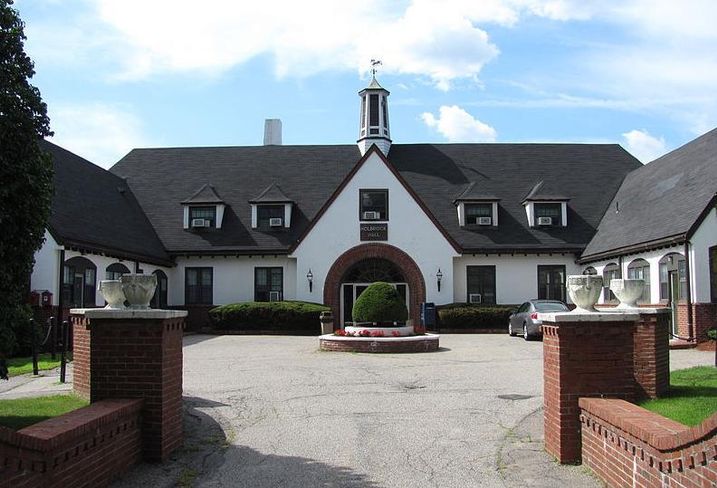 Fisher College, a small liberal arts school in Back Bay, sold a 21K SF building it owned near the Boston Public Garden in 2017 for $22.5M. Hebrew College sold its 7-acre Newton Centre campus in August to neighboring Winthrop Park School for $18M, allowing it to become debt-free for the first time in more than 17 years.

Even the much-larger Boston University sold its Huntington Avenue theater complex in 2016 for $25M.

“It certainly makes sense for all colleges to really take a look at their real estate assets and holdings and determine the highest and best use,” NAIOP Massachusetts CEO Tamara Small said. “We’ve seen a number of colleges go down this road, even those that are strong financially.”

Rural schools may not be so lucky.

Mount Holyoke College in Western Massachusetts is on solid financial ground, with a $778M endowment. But its real estate would likely not attract the kind of suitors who pursued Emmanuel, as the college’s 603-acre campus is assessed only at $84.5M.

While Mount Holyoke is financially stable, all of those reached by Bisnow for this story said vulnerable schools in rural areas will have a harder time attracting developers to buy a portion, or all, of their campuses.

“If a school has to close out in the hinterlands, they have minimal value for their property,” Hynes said. “For those closer to urban core, there’s underlying value in real estate to leverage and create an endowment.”

Other parts of the country could be looking to follow the Emmanuel model.

Former Massachusetts Secretary of Economic Development Ranch Kimball, who served under former Gov. Mitt Romney, was chief operating officer of Babson College and, while on the Wheelock College board of trustees, drove the small Fenway college’s merger with Boston University that finalized in 2017.

Kimball has traveled around the country discussing the real estate strategies of troubled small colleges, and by his estimate, 30 such schools in Massachusetts, Ohio, Pennsylvania, North Carolina and New York are at risk of closing.

“They need to move much more quickly on a formal merger process or structured sale of their real estate,” he said. 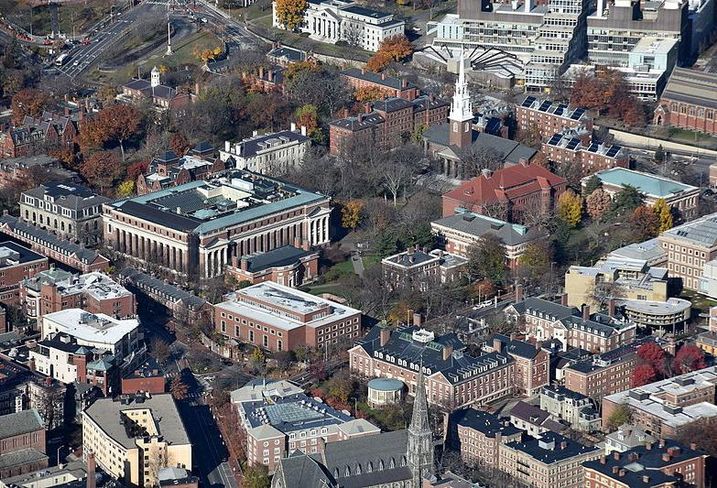 Wikimedia Commons/Nick Allen
Boston's development community frequently highlights the region's numerous colleges and universities, like Harvard (pictured), as to why the city is best positioned to weather any economic downturn.

'You Either Right-Size, Downsize Or Liquidate'

The outlook followed E&Y's warning in a 2016 report that 800 U.S. colleges faced “critical strategic challenges” due to operational inefficiencies or their small size. The higher education industry had periods of growth during the Cold War, when baby boomers enrolled in college, and between 1990 and 2010, when technology ushered in a new era of education and a college degree become necessary for landing a good-paying job.

The E&Y report noted there have been fewer high school graduates since 2010 and educational spending at the state and federal level has decreased over time.

Harvard Business School professor Clayton Christensen told Boston magazine in January he expected 30% to 50% of private colleges to merge with another school or close within the next decade. Christensen’s think tank co-founder Michael Horn told the magazine he predicted a less dire scenario, but still one in which 20 colleges close annually for the next 15 years.

“Part of it is an income problem, and part of it is excess capacity,” Colliers' Hynes said. “You either right-size, downsize or liquidate.”

That bleak future could particularly sting in the place that has tried to brand itself as the Athens of America.

Boston developers cite the higher education backbone of the city’s economy as the reason investors and buyers should remain bullish on the region, even as many economists predict a long-overdue national market correction. The city is home to more than 150,000 college students each academic year, and many of them find jobs and stay in Boston after graduation.

While the recent string of college closings may be alarming, those interviewed for this story point to the continued growth of Greater Boston’s large research campuses like Harvard, MIT, Boston College, Tufts and the UMass system as reassurance that the region will continue to grow.

“The economic driver of Massachusetts that comes out of higher education is driven by a large number of well-endowed, large universities,” Kimball said. “The financial stresses that a few of our small colleges face are highly relevant to their local communities, but it will not affect in a material way the statewide economic benefits that Massachusetts receives from its huge and highly diversified academic system."