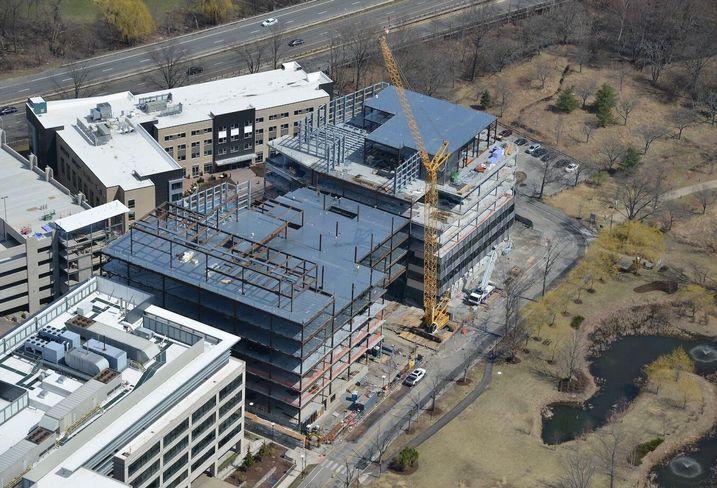 Courtesy of Bulfinch
Building 400-500 in the Cambridge Discovery Park

A Boston developer is banking on Kendall Square life science relief valves emerging to the west and north of the region's tightest office and lab market.

East Cambridge’s lab space constraints are old news, and it seems like every Greater Boston submarket is angling to be Kendall Square 2.0.

Bulfinch is among several developers promoting Needham and its ability to attract talent from Boston's western suburbs, and it's finding success. Candel Therapeutics has signed a seven-year, 16K SF lease at Bulfinch's 117 Kendrick St. development in Needham.

Bulfinch acquired the 213K SF office and lab building, located in the N-Squared Innovation District along the Newton/Needham corridor, in 2014. Biopharmaceutical company Verastem Oncology is also a tenant at 117 Kendrick St.

“We are delighted to welcome Candel as our second life sciences tenant to 117 Kendrick Street and to be able to accommodate lab users at this special asset,” Bulfinch CEO Eric Schlager said in a prepared statement. “Bulfinch remains committed to growing our life science portfolio.”

Developers have been at work positioning the 500-acre N-Squared site as an innovation district alternative to downtown Boston at a time when companies like PTC have ditched Needham for the Seaport. N-Square is typically pitched for its convenience to executives who might live in nearby affluent areas like Wellesley and Weston.

“Our participation in the N-Squared Innovation District, as well as our current development at Cambridge Discovery Park, further demonstrate Bulfinch’s focus on life science and medical assets,” Bulfinch Director of Leasing Mike Wilcox said. “We are dedicated to providing well-located properties and state-of-the-art spaces designed for our tenants to recruit and retain talented employees.”

In the Cambridge Discovery Park, Bulfinch has just topped off its Building 400-500.

The Stantec-designed, 280K SF Alewife project is the final building in the CDP, an 800K SF life science campus. The West Cambridge development has also emerged as a Kendall Square alternative thanks to its access to the Alewife MBTA Red Line station, which offers a direct 20-minute trip to Kendall.

“The Kendall corridor has seen success in life science, but there is only so much space in East Cambridge,” Stantec Senior Principal Larry Grossman said in a prepared statement. “Cambridge Discovery Park provides life science tenants with numerous, modern amenities while also maintaining a location in Cambridge that is easily accessible from the Alewife T Station and Route 2.”