Despite an ongoing building boom in places like the Seaport and East Cambridge, not all is down and out in Boston’s suburbs. Developers there say their own boom is simply overshadowed. 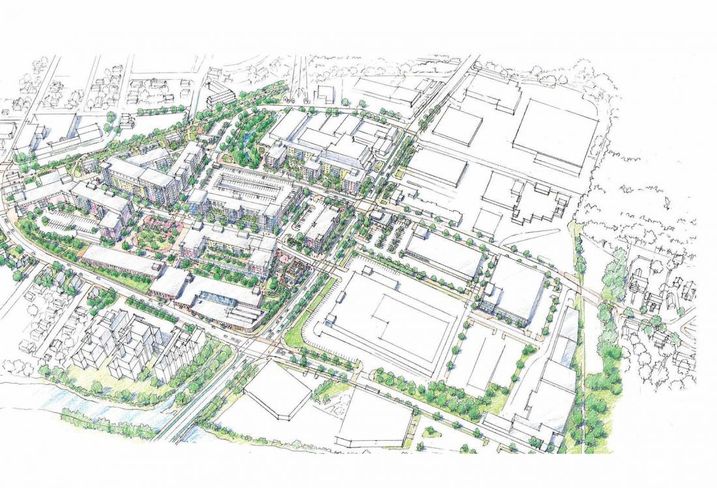 “In general, we’re seeing quite a bit of activity, but we’re often overshadowed by Boston because the numbers there are so enormous,” N-Squared Innovation District Director Chuck Tanowitz said. “When you look at skyscrapers in Boston, it’s hard to outdo that.”

The N-Squared Innovation District, a 500-acre property straddling the Newton and Needham line, is losing an occupant to a Boston skyscraper when software company PTC leaves a 320K SF building in Needham in 2019 for Skanska’s 121 Seaport in Boston. But the corporate relocation and expansion trend runs both ways.

While significantly smaller than PTC’s 1,000-employee move, private coaching company CoachUp is moving its headquarters from the Seaport to N-Squared, which is also home to TripAdvisor’s headquarters along with offices for companies like Cyberark, SharkNinja and eventually a 116K SF regional headquarters for NBCUniversal. For those overseeing suburban development like Tanowitz, reminding companies Boston’s talent pool extends to places beyond city limits is key to fostering developments like those seen at N-Squared. 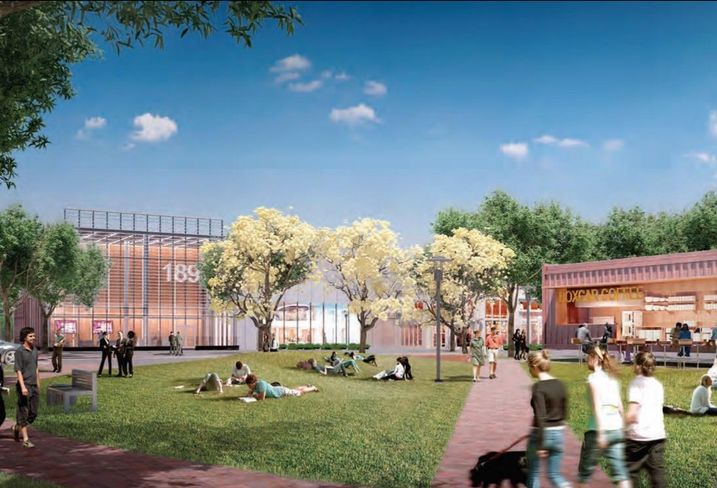 Courtesy of Normandy
Rendering of the lawn at 189 B St., where NBCUniversal is planning a regional headquarters

“When you think of Boston, it’s not just a city. It’s a region, and they’re not necessarily all living downtown. They’re spread throughout the area,” said Tanowitz, who is speaking at Bisnow’s Boston’s Emerging Markets event Sept. 26. “When you put an office downtown, that fills a certain audience, but you’re going to miss out on another segment of the market.”

Companies do appear to heed the message, and several have begun to operate dual locations, often with smaller footprints in the region’s urban core while bigger offices are in areas like the Route 128 corridor. Software company Red Hat has a 40K SF executive briefing center and innovation and engineering lab in Boston’s Fort Point neighborhood while operating a 175K SF global engineering and product headquarters along Interstate 495 in Westford. Shire Pharmaceuticals and Microsoft have offices in Cambridge as well as Lexington and Burlington, respectively.

“The way we see it happening is there’s a desire or perceived need to be downtown to attract and retain those potential workers right outside of college,” Rubenstein Partners Regional Director of New England Deke Schultze said. “Increasingly, it seems like there’s an older set of employees and aging family-starting sect of millennials that want the suburbs.” 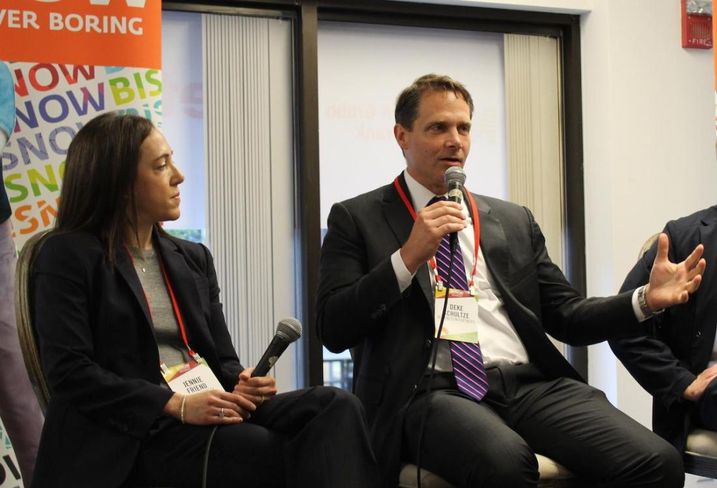 Schultze said the urban core’s surging price points could finally be a tipping point to drive more action back to the suburbs. At a time when apartment rents in Boston are among the highest in the nation and just an acre of land in Kendall Square can go for $50M, urbanized office parks like National Development’s The District in Burlington and Boston Properties’ CityPoint in Waltham could be best suited to attract companies seeking value.

While even greater value is found in places farther away from downtown Boston, Schultze said car accessibility remains a key ingredient to make a viable emerging market, like those along the 495 belt or Interstate 93, work for developers willing to put up capital.

“I do think there is an opportunity to create an experience in other places, but it’s a question of if you can attract companies to an emerging location with a value option,” he said. “Location, location, location is still paramount.”

Hear more from Tanowitz, Schultze and others at Bisnow’s Boston Emerging Markets event Sept. 26 at Post at 200 Smith in Waltham.