Can Boston's Historic Boom Keep Up With Housing Demand?

The Boston commercial property market is on a historic streak of development and construction, with asset values rising. Tuesday, 425 guests heard a score of experts explain it all at Bisnow's State of the Boston Market event at Two Center Plaza. 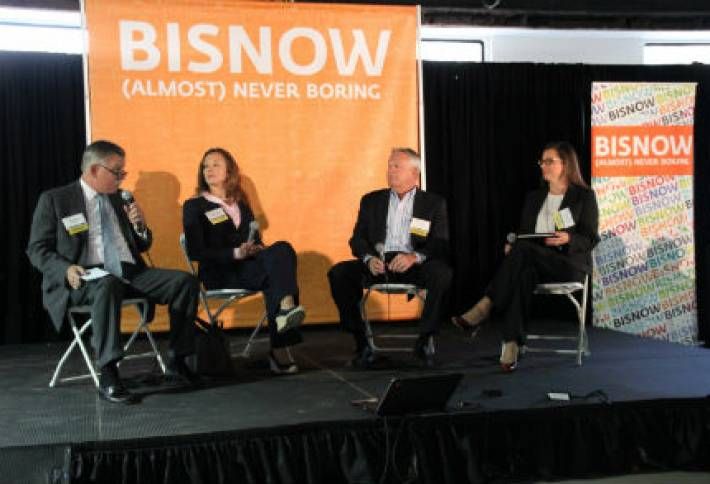 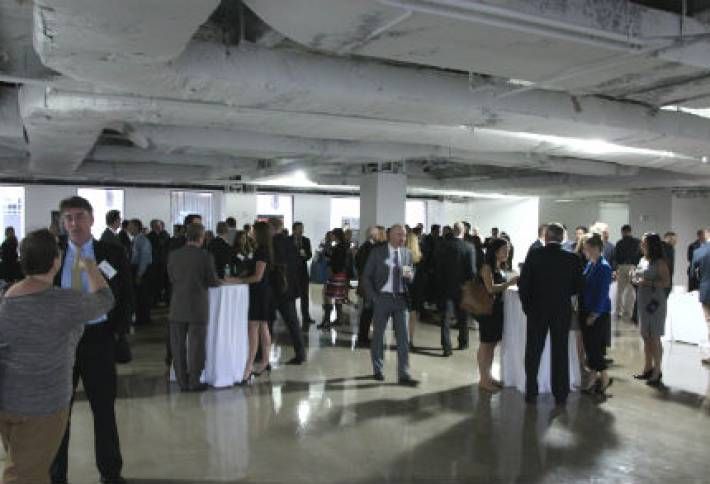 Given the city’s housing shortage and its newfound popularity, the new housing will be absorbed over time, the panelists agree. An issue that needs a solution from the public and private sectors, says Fred, is how to produce more workforce housing given the high cost of land and construction. 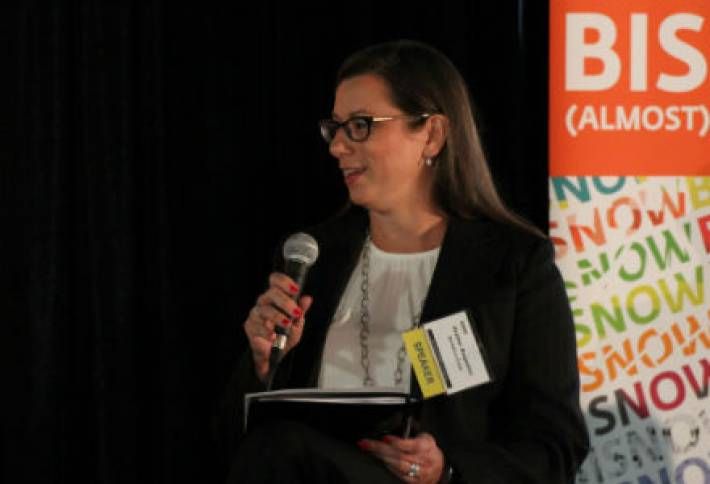 Berkshire is building a complex that works for renters with a wide range of incomes. In planning the Seaport’s largest multifamily, mixed-use complex (One Seaport Square with 832 residences and 250k SF of retail), Berkshire created a mix of unit types, including micro units that have lower rents than apartments on higher floors with water views. Asset values are now very high because investors see the Boston market as a sound long-term play. But extremely low cap rates, says Heather, are “stunning" and can’t last forever. 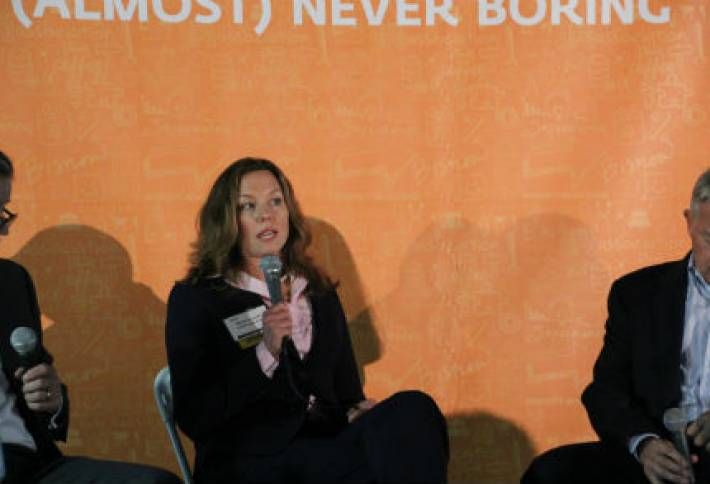 Hunt Mortgage Gp  is “aggressively” creating products to serve the entire market, Hayley tells us. But it’s clear that there’s a housing shortage in Boston across the board. To open new neighborhoods for development requires the public sector to focus intently on infrastructure, says Hayley, who like your reporter was stuck in standstill traffic on Storrow Drive yesterday morning. Better transportation infrastructure helps the public, and for investors mitigates some risks in various deals, she says. 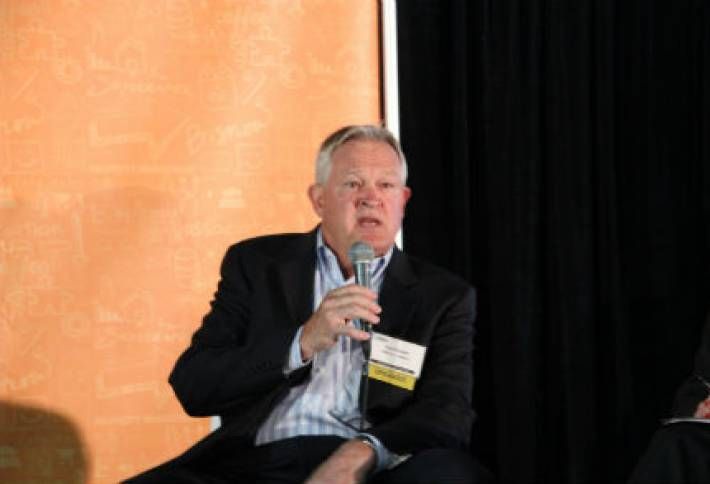 The comprehensive planning process launched by Mayor Walsh, the first since the 1960s, could bring fundamental breakthroughs if many constituencies participate, Fred says. Solutions for the housing shortage exist at the physical level—like building smaller units and using modular construction. But in a market with high land and construction costs, the puzzle is how to build anything at a lower than luxury housing price point. Relief could come from more modern, reliable mass transit that extends through and beyond the core, and a more predictable and welcoming approval process that isn’t “urban warfare” from the minute a developer expresses possible interest in a location, Fred says. 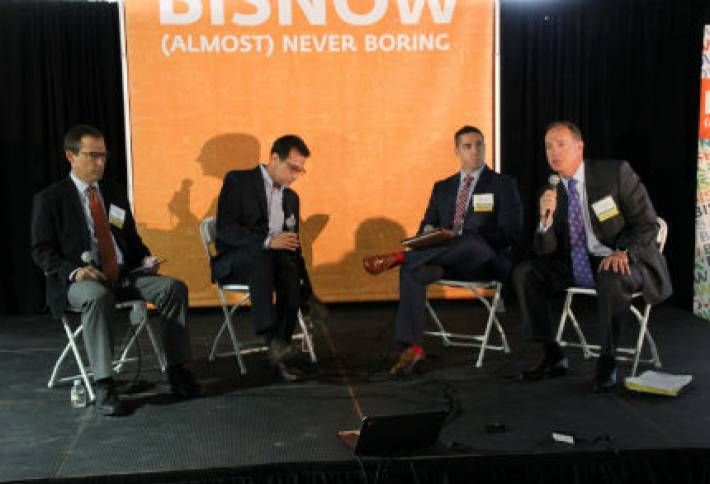 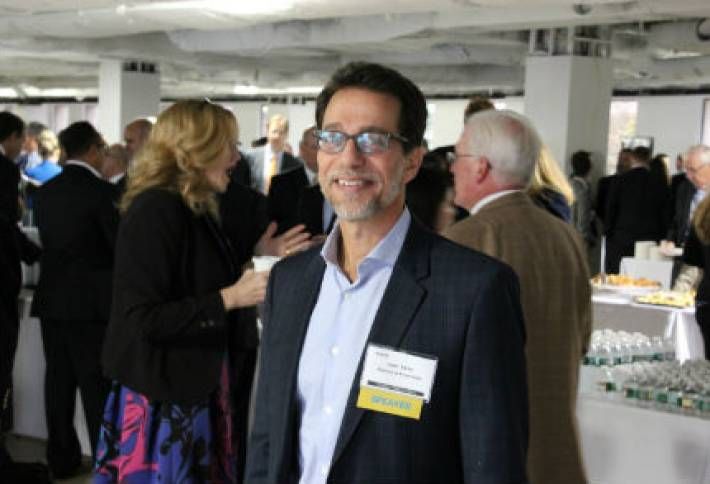 In the Fenway neighborhood, Joel has helped direct Samuel’s $2.3B of development to transform Fenway Park’s backyard of parking lots and underused, old buildings into a  hip new mixed-use urban village. Retail drives value by creating action and activity for the whole neighborhood, he says. The popularization of social media also has accelerated the emergence of the new Fenway and other neighborhoods once considered outliers. Everyone now has access to the latest word on what’s hot and in. Often restaurants are the first pioneers in a cool new district. But in developing further from downtown, direct access to mass transit and use of less costly stick-built, low-rise construction might make the numbers work for moderately priced—and workforce—residential, mixed-use projects, he says. 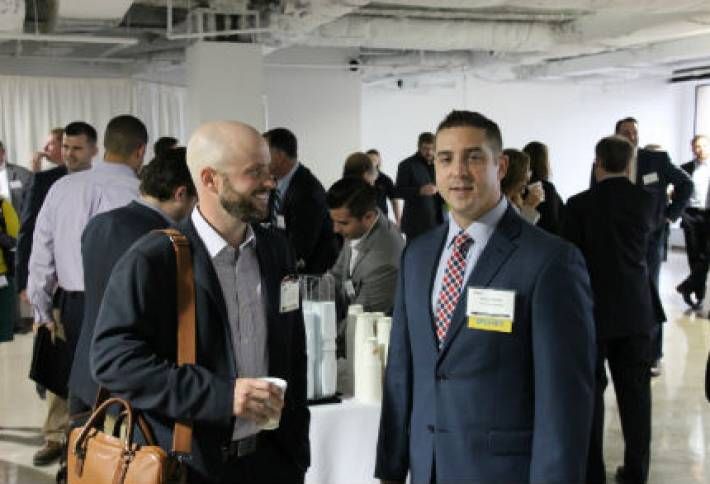 In Downtown Crossing, fast becoming one of the most sought-after locations, the soon-to-open Godfrey Hotel Boston on Washington Street and Temple Place can’t be successful without local demand, Larry (right) says. A “cool” restaurant (soon to be announced) and café (George Howell Coffee has signed on) play a major role in generating buzz. Chicago-based Oxford chose Boston because it was already in New York and DC, Boston has high barriers to entry, above average growth in RevPA , and a great opportunity for Oxford to do the type of adaptive reuse project at which it excels. Oxford likes Downtown Crossing, the once-major retail district that fell on hard times, because it’s the central hub for mass transit and has seen a surge of developer investment and office leasing to young tech firms. The Godfrey’s guests are likely to be “tech forward” types, 25 to 45 years old, Larry says. 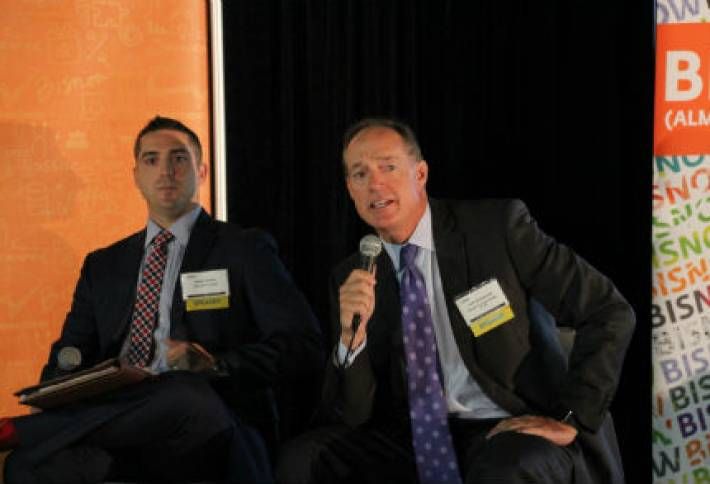 As Boston undergoes the largest wave of new construction in its history, it’s gaining new retail nodes, Ted tells us. Once shoppers had only two, Downtown Crossing and Back Bay; now there are many—the South End, Fenway, Kendall Square, the Seaport (where a huge amount of new retail is on the way), Davis Square and South Boston. Ted says the next new downtown node may be the Greenway, where restaurants are starting to open. Certainly, social media is reordering the retail universe, but brick-and-mortar stores are still important. There will be fewer stores, but more of them will be omni-channel flagships that show off the brands and cultivate customer loyalty, he says. 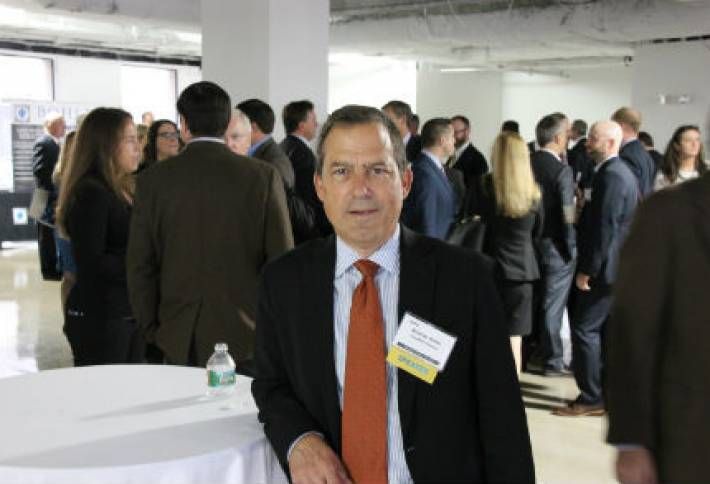 Thank you to Matt Kiefer, a moderator and also a sponsor, and to all our sponsors. We couldn't have an event without you: ADD Inc, now with Stantec, Bohler Engineering, CBT Architects, CohnReznick, Feldman Land Surveyors, Goulston & Storrs, Hunt Mortgage Group, Leader Bank, Multivista, Newmark Grubb Knight Frank, Trinity Building & Construction Management and Vidaris. And a very special thank you to Shorenstein for hosting us at their magnificent 2 Center Plaza, the future home of Localytics!