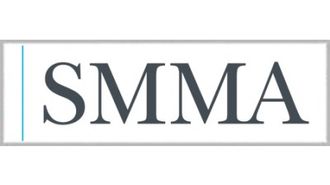 When he started working in Cambridge almost 30 years ago, Ara Krafian, now CEO and president of Cambridge design firm SMMA, said Kendall Square was mostly made up of warehouses and empty parking lots. The neighborhood had been vacated in the 1960s to make way for a NASA computing center that never arrived. Through the 1980s and 1990s, Kendall fell into disrepair.

“If you were a Ph.D. student wrapping up your studies at MIT or Harvard, you could rent lab space in Kendall for $4 to $6 per square foot,” Krafian said.

Today, Kendall Square is home to an unequaled community of pharmaceutical and biotech companies, life sciences academics, researchers, thought leaders and venture capitalists. Cambridge boasts the lowest office vacancy rate — 3.6% — of any downtown area in the country. That same square foot of laboratory space now costs $85.20, more than the average rent for an office in Midtown Manhattan.

Even with the highest real estate prices in the Northeast, more companies want in on Kendall Square. But for teams that aren’t affiliated with a research institute or a multinational corporation, the prohibitive cost means it is almost impossible to join the biotech enclave.

“A third of our industry is being left behind,” SmartLabs — formerly Mass Innovation Labs — CEO Amrit Chaudhuri said.

“When you’re not at a massive pharmaceutical company like Novartis and not at a research university like Harvard, what do you have? Our industry provides you nothing,” Chaudhuri said. “Small companies, startups and independent research teams — some of the brightest minds in biotech — are having to go build their research environment and infrastructure from the ground up.”

SmartLabs, co-founded by Chaudhuri and Seth Taylor, is working to give these teams a home. SmartLabs' program includes three purpose-built laboratories equipped with utilities, including gas lines and chemistry hoods, with access to vendor services like vivarium research and hazardous waste removal, and amenities like conference rooms and cafés.

Life science companies can sign up for a one- to three-year commitment in one of three locations — Kendall Square, Boston Seaport or Boston Landing — and occupy anywhere from a single bench up to a 30K SF lab, enough space for over 100 researchers.

While SmartLabs program may seem like WeWork for laboratory space, Chaudhuri resists the comparison. He said his inspiration comes from Amazon’s data centers, where startups and huge companies alike co-locate in order to receive infrastructure and services from a single host. Chaudhuri even calls the SmartLabs program “Infrastructure as a Service,” the same term Amazon uses for the base layer of its cloud computing offering.

Chaudhuri explained that when small companies want to move into Kendall Square, they must typically sign a 10- to 15-year lease. Often, they are placed into buildings that were never meant to be used as laboratory space.

Once a team has signed a lease, Chaudhuri said, it typically spends over a year designing, building and permitting its research environments. It also has to navigate the world of life sciences vendors, including chemical suppliers, waste management providers and animal services for clinical trials. A typical lab has to interface with 50 to 100 different vendors and the ad hoc nature of these relationships can be confusing and costly for people who are trained as scientists.

“For most of these companies, their area of expertise is not lab operations — it’s cancer research or chemistry,” Chaudhuri said. “They don’t know what the best lab layout will be to optimize their workflow, or how many offices and conference rooms they need, or how big their lunchroom should be.”

When a company partners with SmartLabs, Chaudhuri said, it can move into its new lab in two to four weeks. Vendor services, IT infrastructure, security and legal representation are already taken care of. For one of his first clients, a 30-person research team, Chaudhuri estimates that he helped it save over $9.5M over three years.

SmartLabs also has the added advantage of lab flexibility. Because of the way life science research is conducted, a research team might need to make use of eight different laboratory configurations to develop a single product. A research team at Harvard or Novartis can simply move across the hall, Krafian said. But a small company with only one lab space may spend a third of their lease time just reconfiguring and re-permitting their space.

“They might need to rebuild their lab from a wet lab to a clinical trial vivarium lab to a biohazard-certified lab to a manufacturing lab, all over the same lease,” Krafian said. “In a traditional building, the design and build process for each of those can take six months, just to move around the power supply and infrastructure.”

SMMA, the full-service design, architecture and engineering firm behind the three SmartLabs properties, has designed the laboratories to be fully modular. With collapsible walls and movable power sources, entire sections of a lab can be switched in and out, Krafian said, and the half-year process of redesigning and restructuring lab space can be accomplished in just two weekends.

SmartLabs opened its newest location in Kendall Square in July 2018. Two months later, the lab was fully occupied. Two more SmartLabs locations, in the Seaport neighborhood and Boston Landing, are set to open in 2019. The goal of SmartLabs is not simply to create a viable way for small companies to enter biotech hotbeds like Kendall Square, but also to create an interdisciplinary community in itself.

“We believe that we are the future of lab-based research,” Chaudhuri said. “We make it possible for lab-based companies to take part in the same pooling and deepening of knowledge that you find in a research institute or a vertically integrated pharma company, all within our lab spaces.”

But forging a welcoming place where researchers love to work takes more than affordability and flexibility, Krafian said. Life science teams want a workspace that is as beautiful as it is functional.

“We have to make sure that all the air ducts are tucked away and in working order, but we also have to choose the interior finishes to make an aesthetically pleasing workplace for every researcher,” Krafian said. “It’s a fascinating challenge, and it takes a deep understanding of who researchers are.”

Research is so expensive that biotech companies typically cut costs on employee experience, Chaudhuri said. To create the collegial atmosphere of a research institute SmartLabs hosts lunch-and-learn events, happy hours and trivia nights, encouraging teams to mingle and learn from each other.

“Creating an employee environment that people want to work out of is something that biotech companies don’t do well. But it’s something we do well,” Chaudhuri said. He credits SmartLabs longtime partnership with SMMA for netting his tenants three “best place to work” awards in the past year.

“We want to be involved in improving every experiment on every scientist’s bench,” Chaudhuri says. “SmartLabs is far more than a landlord — we’re a partner in research.”

This feature was produced in collaboration between Bisnow Branded Content and SMMA. Bisnow news staff was not involved in the production of this content.

SMMA
Since 1955, SMMA has balanced architecture, engineering, interiors, and site design to afford clients the agility of a single source of creative and technical expertise. Our practice is guided by a shared pursuit of design excellence and social responsibility. We are believers, ideators, makers, listeners, fixers, sharers, crafters, planners, communicators, connectors, organizers, engagers, restorers, storytellers ... We are SMMA. We design places.
Confirmed! You are subscribed to the Bisnow Boston E-Newsletter.
Most Read Stories
More Top Stories
Bisnow Boston Newsletter
Bisnow Boston Newsletter