Municipalities in Greater Boston haven't always played nice when it comes to fighting for life science companies. But Boston's leading life science voices say regional collaboration and brain power is how their city can maintain its firm grip as the global industry leader. 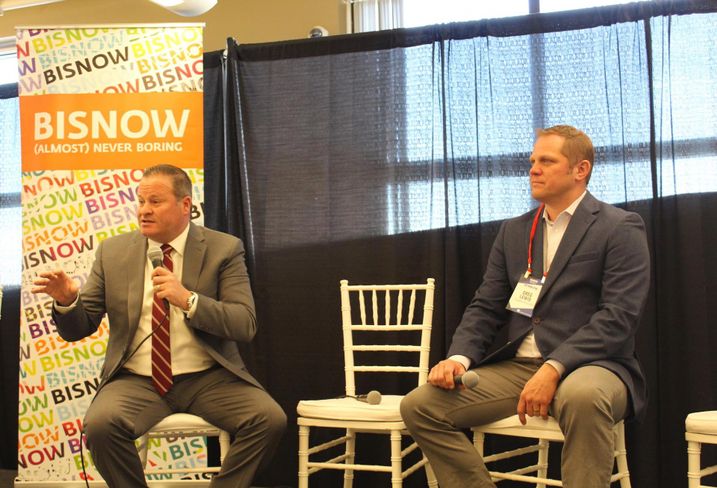 “We’re on top. Undisputedly, this is the best place for life science today,” MassBio CEO Robert Coughlin said Tuesday at Bisnow’s Boston Life Science summit. “The question is how do we stay on top?”

When Vertex Pharmaceuticals announced in 2011 it was moving from East Cambridge to Fan Pier, it highlighted a burgeoning rivalry between Cambridge, home to the life science hub of Kendall Square, and Boston, where the late Mayor Tom Menino wanted to turn the Seaport into a new hub for innovation.

“I have never seen people work so collaboratively to be efficient and win opportunity,” Coughlin said. “And listen: There’s a lion’s share of opportunity, if we want it.” 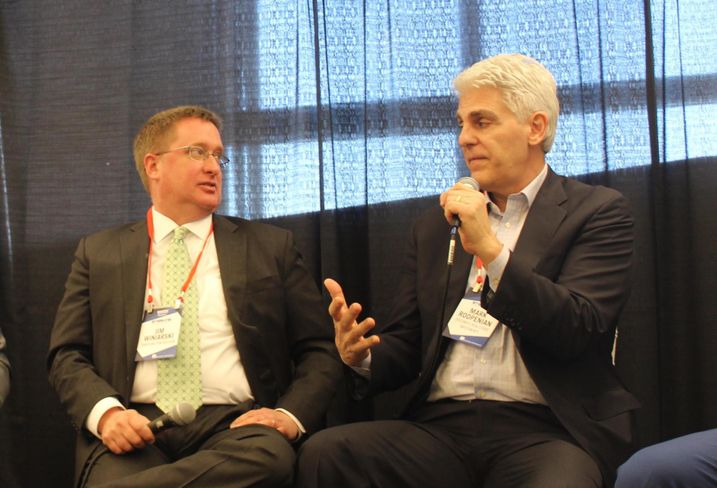 Greater Boston, home to 122 colleges and universities and five of the top six National Institutes of Health-funded hospitals in the U.S., is the top life science metro area in the country because of its concentration of venture capital funding and public resources. That ascent has been years in the making.

Novartis moved to Kendall Square in 2003, and at the time it was the only top-20 global pharmaceutical company in Greater Boston. Today, 16 of the top 20 pharmaceutical companies have a strong physical presence in the market. Abbot Laboratories, Gilead Sciences, Stryker Corp. and Allergan are the holdouts, according to Perry data.

Big pharma’s motivation to move into Massachusetts is due to a mix of factors, like universities churning out new talent each year and a government willing to foster a life science ecosystem with tax incentives.

Finding space for small and midsize companies to grow, as well as places for startup life science firms to be close to the Kendall Square life science hub, remains a top concern of government officials and private developers.

Developers in Kendall are now pursuing projects with more height to be able to retain tenants, and others have pushed the boundaries of the neighborhood, like DivcoWest with Cambridge Crossing, a 45-acre mixed-use development north of Kendall that has attracted Sanofi, Philips North America and, as Bisnow reported last week, Sage Therapeutics. 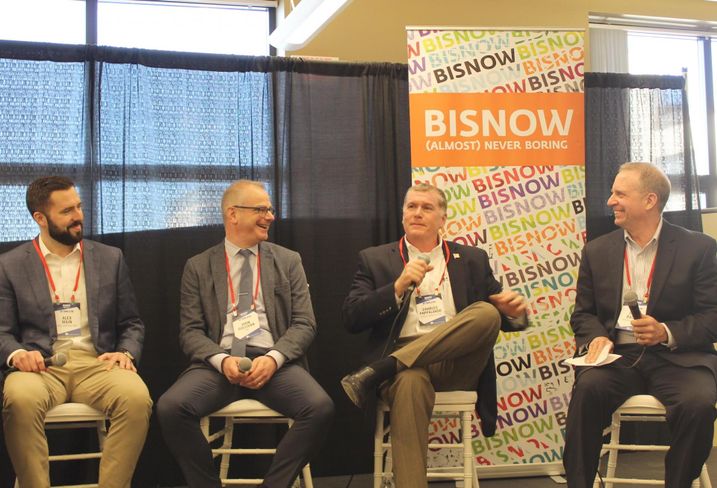 Cambridge officials recognize their 6.5-square-mile city has its limits and support the Life Sciences Corridor, an initiative that promotes collaboration among the five cities on the MBTA Red Line in wooing life science companies.

“Cambridge can’t be everything for everybody,” Cambridge Director of Economic Development Lisa Hemmerle said at the event. “Cambridge working with Somerville and Boston was the tipping point for Cambridge Crossing.”

The Life Sciences Corridor, launched in 2014, enables life science companies that locate in the participating cities — Somerville, Cambridge, Boston, Quincy and Braintree — to tap into the Massachusetts Life Sciences Center, a state investment and development agency that has deployed $700M in capital since 2007. 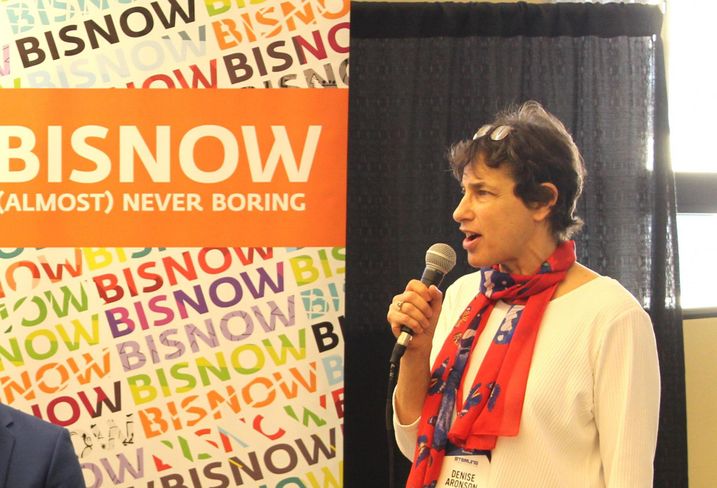 The sense of collaboration is a departure from the bitter fight between Boston and Cambridge that ultimately led to Vertex moving to Fan Pier. Developers even see benefit in tenants moving to a rival portfolio.

“I really believe the general New England area, specifically Boston, the Seaport and Fenway, is a case of a high tide raising all boats,” said BioMed Realty Senior Director Morgan Weinstein, whose firm is Sanofi's landlord until it moves to Cambridge Crossing. “We benefit from a company like Sanofi leaving a portfolio like ours, as we can backfill from growing tenants in our portfolio or tenants we’re trying to pursue.” 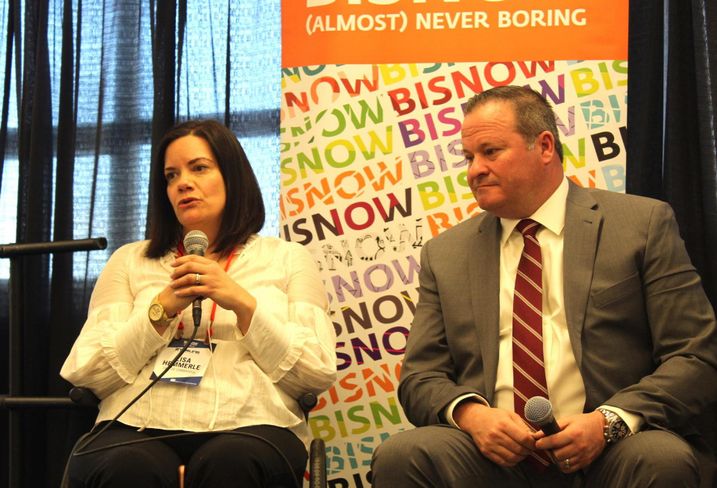 Developers at the Tuesday event backed Weinstein’s claim, noting big pharmaceutical companies have a significant level of capital to be deployed, especially following tax reform passed at the end of 2017.

“Like it or not, tax policy has changed for the better of drug manufacturing in our country,” Vertex Pharmaceuticals Vice President of Global Operations and Real Estate Charles Pappalardo said. “I’m not happy about this, but I’ve put thousands of jobs in different countries over my career because of poor tax policy. That’s changing.” 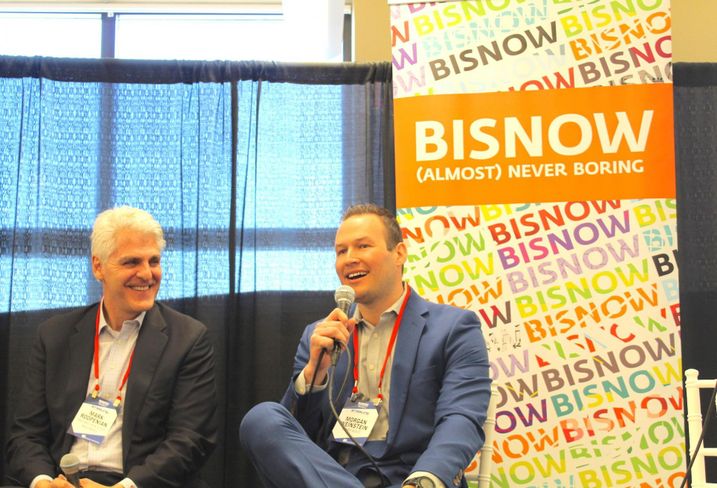 While companies may have previously been drawn to Singapore and the potential to have a 0% corporate tax rate, Pappalardo said the U.S. corporate tax cut from 35% to 20% is enough to bring drug manufacturing back from foreign countries.

Customized drug therapies in the future will also warrant drug manufacturing being closer to the patient and researchers, according to SmartLabs CEO Amrit Chaudhuri.

“There is no outsourced manufacturing available for this, which means these companies here each need a unique manufacturing strategy,” Chaudhuri said. 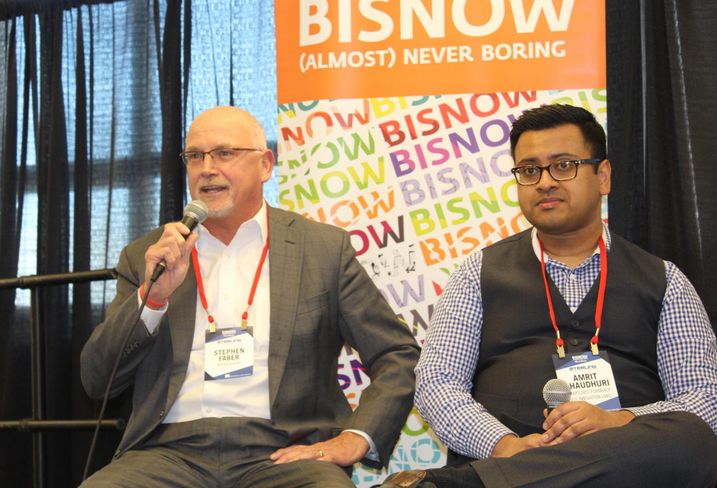 There may seem to be an infinite runway ahead of Boston’s life science cluster, but panelists noted a variety of headwinds that could send companies to more affordable and less congested parts of the country.

Constructions costs continue to rise, and even East Cambridge rents that have soared past $90/SF aren’t rewarding developers with massive profits on their investment, DivcoWest Managing Director Mark Roopenian said.

“The reality is when the market is growing like it is, that risk is hidden. If a tenant fails, another tenant comes in right behind it,” Faber said. “We’re in a growth environment, and if it slows down — and it will at some point — that return on investment may be at risk.”