Downtown Boston may be pushing 400, but it’s still growing dramatically, with billions being invested into neighborhoods once considered outliers and in the historic core. (It doesn't look a day over 210.) That's why we're thrilled to be holding our Future of Downtown event next week, Aug. 13, at the Hyatt Regency Boston, where New England Development EVP Douglass Karp and other key players will explore the new dynamism. 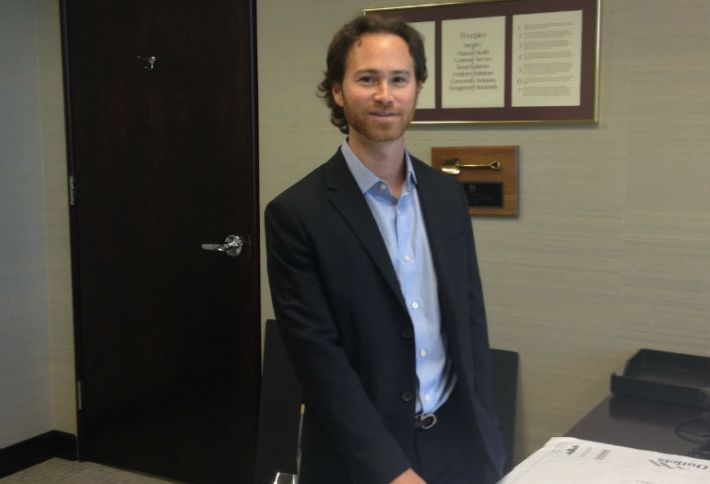 By fall, Douglass expects to have in place the permits needed to start construction on a 370k SF office on Pier 4 in the Seaport District, to be followed by perhaps 170 luxury or super luxury condominiums. Hanover and UDR are building Pier 4’s first building: 370 rental apartments slated for completion next spring. Other developers have millions more square feet underway in offices, residences, retail, restaurants, and hotels. Based on proximity, the profusion of projects, and the new life they’re injecting into the waterfront, the Seaport now has to be considered part of Downtown, he says. 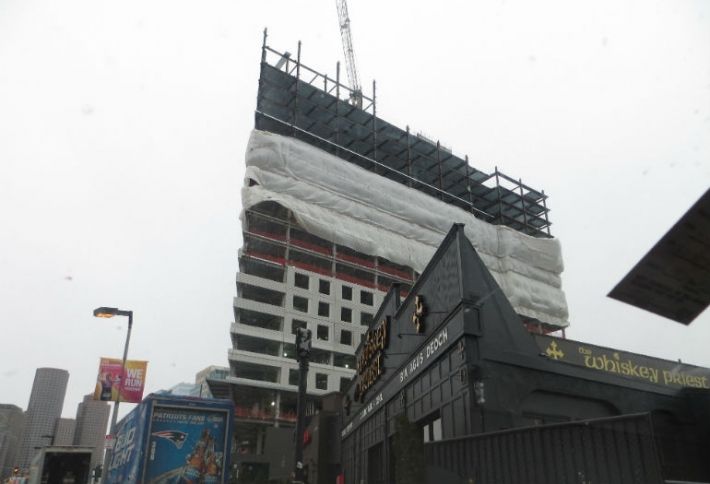 A decade ago, the waterfront—just across Fort Point Channel from the downtown Financial District—was still seen as the home of a languishing commercial port. Now the Seaport, aka the Innovation District, has new infrastructure, new buildings like Hanover's (above), and a flock of cranes bringing more product online. Skanska is building a new HQ for PwC; State Street recently completed its relo into Channel Center; The Drew Co is quickly leasing apartments at Waterside Place; and The Fallon Co is selling super luxury condos on Fan Pier. The Seaport has come alive, Douglass says, with spectacular views and a condo market that's heating up. 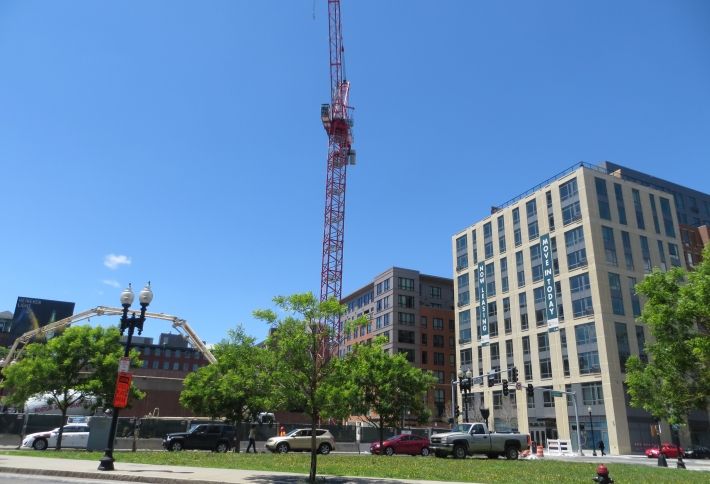 Other former outliers on target for big changes include North Station, where Boston Properties and Delaware North plan to build a $1B mixed-use complex. Simpson (above) and AvalonBay are developing apartments. Related Beal has a new HQ for Converse under construction in a former industrial building, while in Chinatown, New Boston Fund’s Urban Strategy America Fund is building apartments near other multifamily buildings being developed by National Development, AvalonBay, and Forest City. 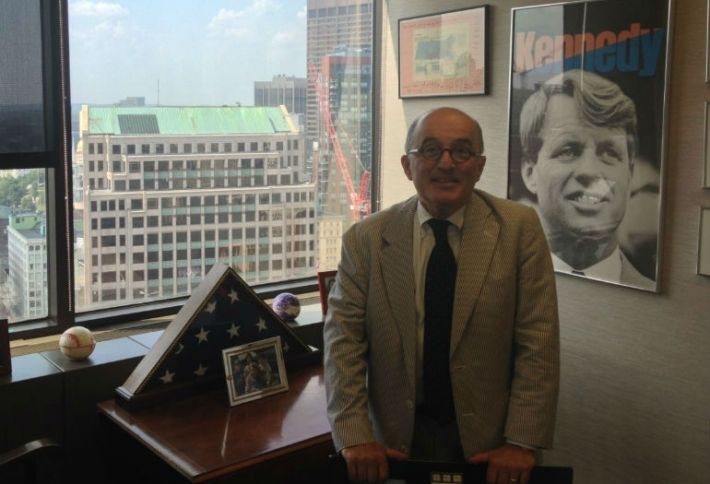 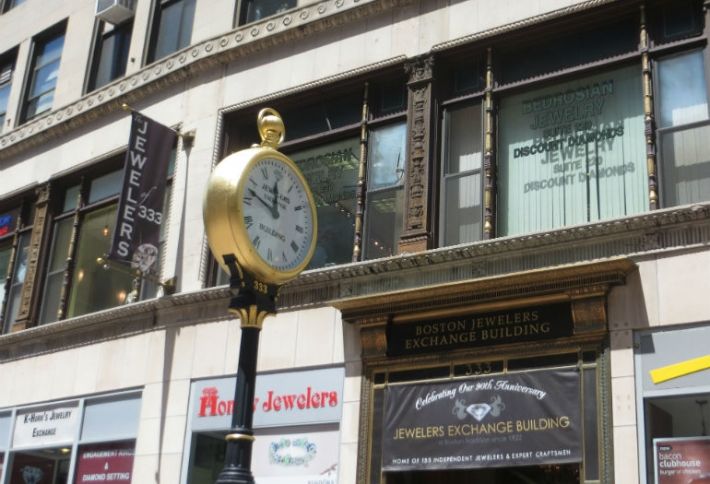 When Larry was a boy, his father worked as an accountant in the Bank of Boston building. Then, it was “desk after desk of people shuffling papers,” he recalls. In the ‘90s, the Combat Zone (aka the red light district) still dominated, making some afraid to walk there at night. Economic forces snuffed it out, he tells us. Now, the Downtown Crossing jewelry district (above) is still bustling, and investors worldwide are clamoring for Downtown assets, including the condos at 45 Province developed by The Abbey Group, which are being flipped for $2M to $4M, Larry says. 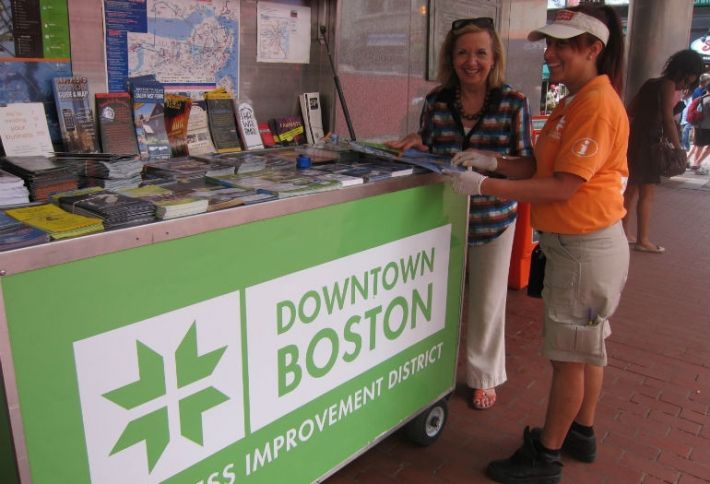 Scores of property owners are making sure the Downtown resurgence continues to gain steam through the four-year-old Downtown Boston Business Improvement District. Its nearly 50 “ambassadors” welcome visitors, help keep the neighborhood clean, accompany people to their cars at night, and offer umbrellas when it rains, says BID prez and event panelist Rosemarie Sansone (above with one of her ambassadors, Jessica Lopez). 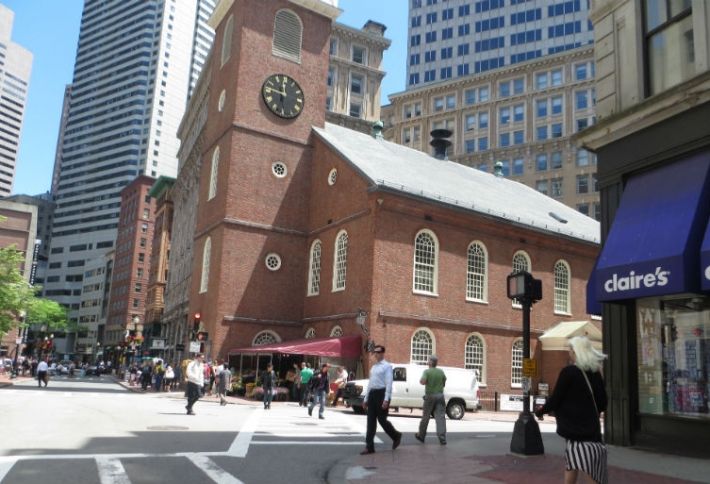 Next on the agenda: new custom designed metal kiosks this month for vendors at the Old State House, the Old South Meeting House (above), and Walgreens' new urban store. In the fall, a new way-finding system will start to appear, and during the holidays, there will be more lighting, some of which will be on display through the winter. Meanwhile, Digitas is helping the BID launch a social media campaign to inform the new Millennials living downtown about the neighborhood amenities. Rosemarie says there’s more work to do like sidewalk improvements. To hear even more from this exciting neighborhood, sign up for our event now.