5G Arrives At Birmingham New Street, Only You Can't Use It 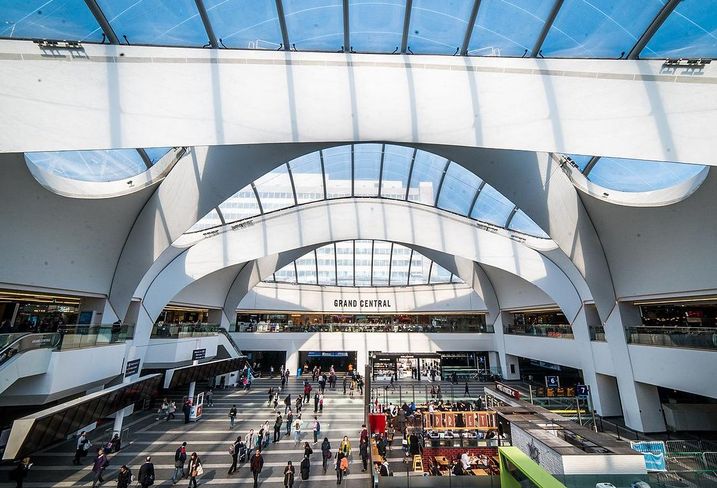 Birmingham’s New Street station has just become the first mainline destination to have 5G connectivity. Big step forward? Maybe not. It is operating at just a tiny fraction of the ultimate speed, and nobody can use it yet anyway.

Vodafone said the system, backed by  Huawei hardware, is capable of reaching download speeds of 268Mb per second. This is between a 50th and a 100th of the speeds theoretically possible with 5G mobile if the bandwidth is available, and both ends are wired to use it.

Today the weaker signal is thanks to local WiFi, The Register reported.

West Midlands Metro Mayor Andy Street was first to use the new system which is due to be extended to 19 UK towns and cities by the end of the year.

Vodafone is not alone in moving into 5G. AT&T, Verizon and SK Telecom are currently all claiming to have launched global-first 5G networks, or are in the process of doing so.

Birmingham, Coventry and Wolverhampton's status as the UK's first 5G-enabled cities is part of the West Midland's pitch to property investors.

In September 2018 Birmingham, along with Wolverhampton and Coventry, was selected to benefit from a £50M fund to develop 5G mobile facilities. The technology, still in its infancy, takes mobile data transfer to a new level, equivalent to the difference between broadband and dial-up internet. Download speeds will be more than 100 times faster.

The first fruits of 5G in the West Midlands will come in the form of multiple superfast connections to buses, hospitals and the emergency services, meaning faster responses and real-time data.

There are obvious implications for property, particularly for more sophisticated property management, and Bruntwood's Innovation Birmingham is working on proposals to take advantage of the 5G trial, hoping it can pay dividends for occupiers.