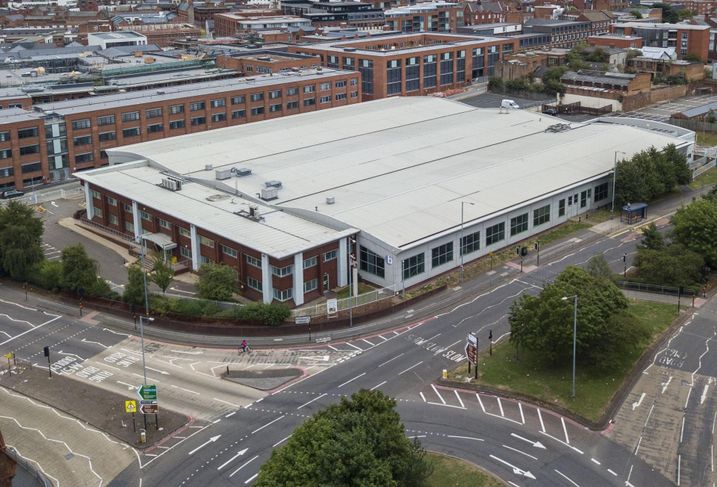 The Ministry of Housing has signed up for new offices on a site that was to have been occupied by, yes, you guessed it, housing.

The ministry has signed for 49K SF for 10 years at the B1 Building, Ikcnield Road, in Birmingham’s Jewellery Quarter.

The ministry is occupying a little over half the building, which is already let on an existing lease to an NHS Trust. The ministry's rent is £15.75/SF, Birmingham Live reported.

The block was acquired by Apsley House Capital and Galliard Homes in 2018 as part of their Jewellery Quarter house building plans after a deal with British Airways Pension Fund. The site was announced by the new owners as the location of a 500-apartment project under the name Camden Yard, but part of it will now be occupied by the Ministry for Housing, Local Government and Communities.

The decision by Apsley/Galliard is the first sign of city living developers rowing back on earlier plans, and adopting a newly cautious approach.

In a separate deal, the ministry has signed up for 15 years at the 34K SF Sandford House, Solihull. The town, and the entire M42 corridor, has strictly limited supply hence this older block coming into play.

The decision means a big payday for landlord AEW UK, which secured a 30% hike in rent in return for a promise to refurbish the building to the ministry’s standards, Business Desk reported.

The Men from The Ministry was a popular BBC radio comedy in the post-war years in which hapless civil servants bungled projects and went home early. 'The ministry' was a byword for genial incompetence.

Government property deals were big Birmingham news in 2017, and none bigger than the 240K SF signing for a new Legal & General funded office at Birmingham’s 3 Arena Central.

Since then UK government property deals have dropped off the agenda in Birmingham. Now, suddenly, the men and women from the ministry are back and signing leases.