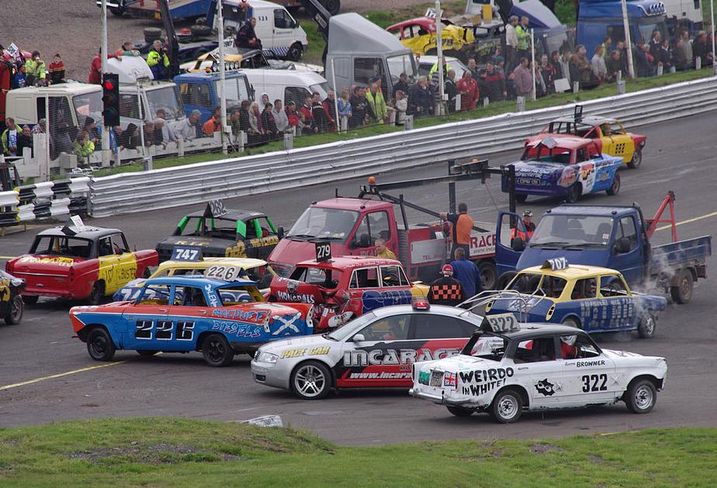 Mattbuck/WikimediaCommons
Bordesley won't be about old bangers any more.

If Bordesley is known for anything it is for being the real life setting of TV series Peaky Blinders, and the home of Birmingham City FC. But with the arrival of the HS2 high-speed train line, Bordesley could be about to become the focus for a new development boom to rival that of nearby Digbeth.

A series of site sales and ambitious development plans related to the HS2 line are beginning to draw a picture of the Bordesley of the future: connected, fashionable and a lot healthier than it is today.

The new East Birmingham Inclusive Growth Strategy, and the sale of a former bin depot, are the first steps in a programme designed to bring improvement to an area where ill-health and poor life outcomes are endemic. People in the area are three times more likely to die from preventable conditions, three times more likely to be in touch with mental health services, and will die sooner, according to the council.

Life expectancy in the area dives as low as 75.9 years, compared with 84.1 years in more affluent parts of the city.

The former 40-acre Bordesley Green raceway circuit, Wheels, is included in the plan for development.

The document identifies “major growth and regeneration planned for the Bordesley Park area including the development of the Wheels site for employment and industrial uses”.

The circuit closed last month after a bizarre dispute about unpaid rent in which Birmingham City Council sued one of its own charitable arms.

The East Birmingham plan identifies the Wheels site for development in the next 15 years.

The more immediate prospect for development comes at Montague Street, Bordesley. Birmingham City Council have agreed to sell a former bin depot on a 6-acre site south of the proposed HS2 line into Birmingham city centre and part of a wider 16-acre development.

The council has been approached by the adjacent landowner Homes England to acquire the site for what it calls “a nationally significant development”. Homes England expects to start work on its part of the site in 2021, but need the extra land “in order to provide the required amount of land needed to support the density of the proposed scheme,” a report to councillors said.

A number of developers are known to be looking for sites in this area, which is close to Digbeth and the Curzon Street HS2 station development. These include the film studios associated with Peaky Blinders creator Steven Knight and development partner Nikal.