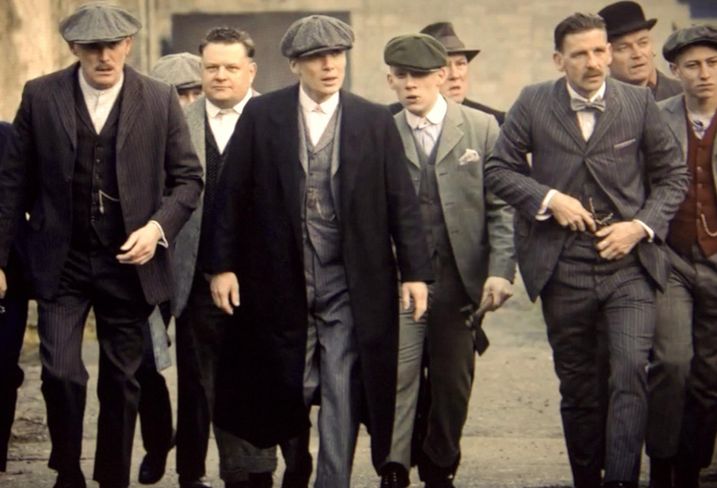 The story of Peaky Blinders creator Steven Knight's plans for a 30- to 40-acre studio complex in central Birmingham is also getting plenty of repeats. Since the notion first surfaced, reports that what will be callled Mercian Studios is in discussions about a central Birmingham site have reappeared frequently, the most recent batch (with video) emerging last week.

However, the stories about Mercian Studios do not suggest which site is under consideration, nor do they hint talks are reaching a conclusion with development in view. Should the lack of plot development give property audiences pause for thought?

But today things take a sudden leap forward as Bisnow reveal that Birmingham and Manchester developer Nikal is taking the lead in the plan to bring a 1M SF major studio and creative hub to a central Birmingham site.

Earlier this year hopes for a 40-acre, £500M studio complex with streaming movie sensation Netflix and potential partners at the BBC were boosted by the scheme's promoter, Knight, speaking at the Mipim property convention.

The Birmingham-born film director and screenwriter proposed a 40-acre development named Mercian Studios, half of which would be devoted to production facilities and the other half to residential, retail and leisure development, Estates Gazette reported.

Knight is in talks with Netflix and the BBC about the studio concept, EG said. The project has been associated with a site near the NEC, but the latest reports suggest Digbeth could also be in view.

Mercian Studios will comprise six soundstages, including one space suitable for TV broadcasts, along with pre- and post-production facilities, Broadcast Now reported.

Attention at first focused on land around the NEC/Birmingham International station on the city fringes. The hot take today is that Gun Quarter/Constitution Hill is favoured, although growing interest in the area from residential developers may be pushing land values too high for production studio use. Recent residential schemes include Talyor Grange’s plans for a 19-storey tower.

Wiser heads point back to the city centre with a 25-acre site identified by Nikal within walking distance of the HS2 high speed train terminal at Curzon Street in play. Around 1M SF of media and amenity space, and perhaps 1,000 housing units in a mix of frormats, are envisaged.

The mood music from Nikal's office at Dale End is positive and encouraging. The word is: This is a real thing, it will happen.

Nikal declined to comment on details, but said that the big picture is clear.

“Thinking is quite advanced," Nikal Managing Director Nick Payne told Bisnow. "We’ve spoken to a host of potential stakeholders, including some overseas, and they are telling us this makes perfect sense, because Birmingham should have a top-rate film and TV offering.

“We’re not looking at a single pre-let to one big operator. It will be more organic, though there will be some fairly global occupiers. What we’re trying to create instead is a media and creative community from startups to mature businesses, pre- and post-production, digital film and TV.

“Politically we hope everyone is on board, and the city council has been very helpful. We consider this plan is the best use for the site, from the point of view of returns and job creation.”

Lambert Smith Hampton confirmed that they are advising on the scheme, and insisted there is plenty of demand for film studios in the UK. In October 2018 it published research which concluded the UK needs 1.8M SF of new film studio floorspace by 2032.

Despite a moderate amount of new development in recent years, a shortage of purpose-built film studios is widely acknowledged as a major issue within the UK film industry, it concluded.

Across the UK there are several proposals for new studio developments that aim to address the current supply crunch. Netflix is already negotiating to take production space at Pinewood Studios, on the outskirts of London. The U.S.-based entertainment business makes around 40 productions a year in the UK.

Meanwhile in Dagenham there are proposals for 12 new soundstages totalling 264K SF and similar plans for the Littlewoods Film Studios in Liverpool and Pentland Film Studios, near Edinburgh.

“We are seeing unprecedented levels of client activity around film and TV studios, and have witnessed at first hand the phenomenal interest created by the proposed new studio complex at Dagenham,” LSH Head of Media Christopher Berry said. “The property industry has been slow to recognise the scale of the opportunity in the sector, but demand for film and TV studio space is exceptionally strong so we expect this to change.”

LSH was not able to talk to Bisnow about the Mercian plans.

Making this proposal work — particularly if land prices included a large element of residential hope-value — is likely to require a helpful big push, and perhaps some funding, from the public sector.

“Delivering the studio on a previously developed site with buildings and heritage interest as reportedly planned will likely require Birmingham’s influencers and the planning directorate to join up and match the ambitions of Steven Knight,” RPS Senior Director Keiran Adair told Bisnow.

There are also technical problems to overcome. “Film studios offer interesting challenges through planning, given their scale and the technical performance demands of their construction to deliver on budget and on time, so early cost and technical management is a must to underpin deliverability,” he said.

Adair thinks it could work if the funding is there.

“Birmingham has been described as a media city waiting to be realised with the natural back lot of the Cotswolds on our doorstep," Adair said.

“Though we tend to be too self-deprecating, Birmingham has the opportunity to be at the forefront of growing film and TV production. This has the potential to revolutionise both our reputation and how we feel about our city.”