These 4 Coffee Shops Are Expanding Their Baltimore Footprint

Four Baltimore-area coffee shops are expanding, injecting a jolt of energy, literally and figuratively, into Baltimore’s retail scene as they seek to tap into the city’s growing creative class and prime, mixed-use real estate. 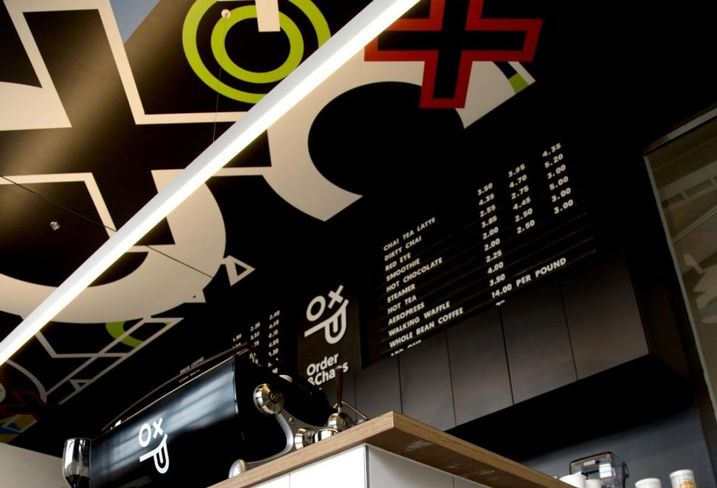 How did a 22-year-old ad agency get into the business of selling espresso and Belgian Liege waffles? Planit co-founders Matt Doud and Ed Callahan are opening Order and Chaos Coffee Oct. 10 at its new office on Key Highway—the first of about a half a dozen they expect to open within five years, Matt says.

The idea started percolating soon after the company moved to the former Kings Syrup warehouse in Riverside earlier this year. The $350k café would be the glue that connects the ad agency to the area’s growing number of residents. 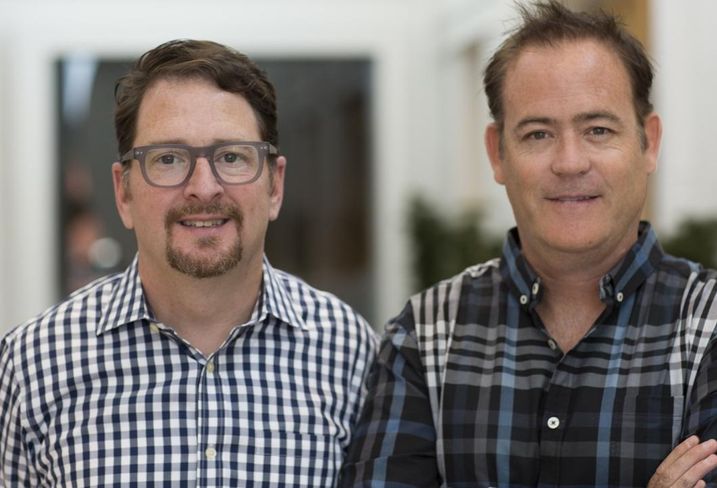 The office sits on the edge of growing Locust Point, a few blocks from the swanky $100M residential and retail complex Anthem House, which Bozzuto and War Horse will debut next spring. It's also near mixed-use development McHenry Row, which is adding a second phase with more apartments. Future Order and Chaos sites will similarly be in neighborhoods that house a mix of residents and office workers, Matt says. He's pictured (left) with Ed.

With giant windows that peer into the agency’s offices, the 1,110 SF café offers guests (and prospective clients) a glimpse of the agency.

“Culturally, I think there’s an interest in the creative process and how you get there,” Matt says. TV screens in the café, combined with the Order and Chaos smartphone app, allow the agency to get insights from customers. “We believe that there are many ways to connect with consumers that leverage multiple channels,” Matt says. 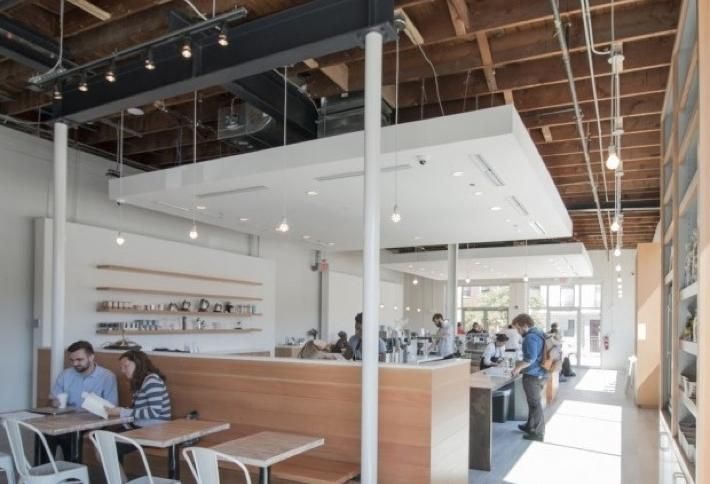 When Ceremony Coffee Roasters opens its fourth store early next year at Beatty Development Group’s massive, $1B mixed-use project, Harbor Point, it will be the company’s first café to serve cocktails, beer and wine, project manager Sheila Laderberg Tarasiuk says. That addition will enable the 2k SF store to attract nighttime traffic from the area’s residents, in addition to daytime office workers.

“It helps us expand the brand a little bit into an overall beverage experience,” Sheila says.

Ceremony has two stores in Annapolis and one in Baltimore’s Mount Vernon neighborhood (pictured), which opened last year and where it trains baristas for cafés throughout the region. It will join Harbor Point’s growing retail spots, which include Honeygrow, CorePower Yoga and the newly opened West Elm. 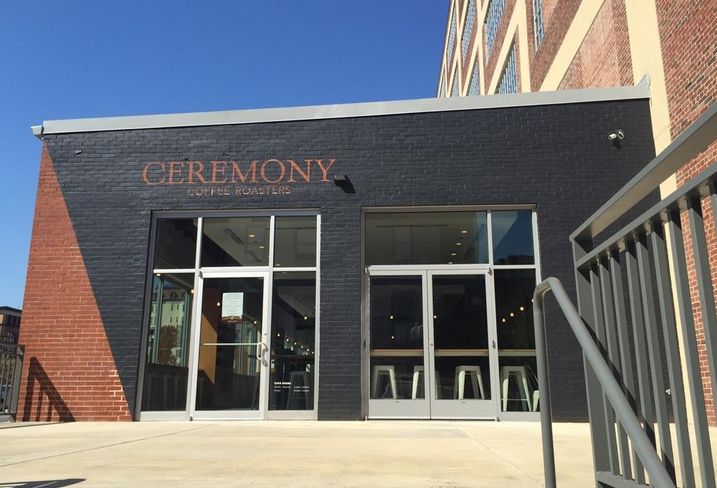 The company will add more Baltimore City locations in neighborhoods that offer a good mix of retail, residential and office tenants.

People are also warming up to the idea of consuming higher-quality products and enjoying the coffee drinking experience, as opposed to just getting a daily dose of caffeine, Sheila says. 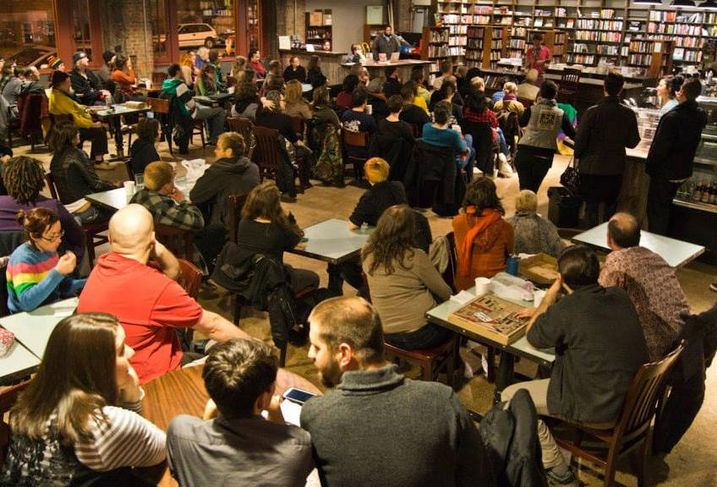 Baltimore restaurateur Spike Gjerde and the owners of the Ivy Bookshop are opening a new bookstore café called Bird in Hand in a new Johns Hopkins University student housing development from Armada Hoffler Properties and Beatty Development. The 1,500 SF store will have patio seating and host events once it opens in November, says Ann Berlin, who co-owns Ivy with her husband, Ed.