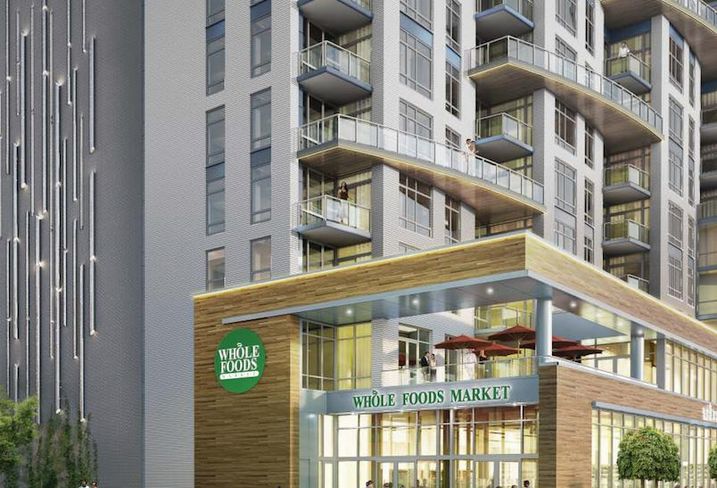 The vertical construction that is underway includes the apartment and condo lobbies, a garage and the building's anchor amenity, Whole Foods Market. Harbor East's first retail tenant, the grocer will open in the new 50K SF space when the project debuts spring 2019, Bozzuto Development senior vice president and managing director Jeff Kayce said. Bozzuto is co-developing the project with Harbor East Management Group. The second floor of Whole Foods will include a café and, next to it, a 3,500 SF wine store.

Leasing on the 282 apartments will begin in early 2019, while tenants will move in that spring. Having already received some interest in the condos, Kayce said he expects pre-selling the homes to begin a year from now. 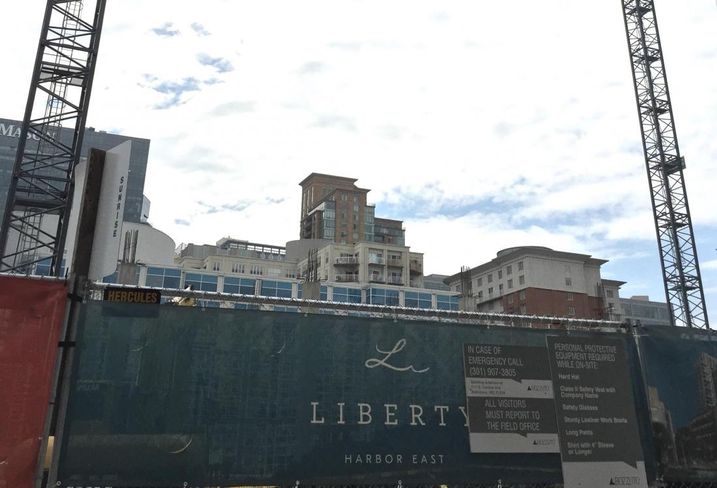 The finished product will reflect the developers' "obsessive drive toward an emotionally resonant product," Kayce said.

The developers want the brand to honor the city's industrial past as well as the Paterakis family, which owns Harbor East Management Group. The family lost its patriarch, John Paterakis Sr., Oct. 16, just weeks before Liberty's official groundbreaking.

The building takes its name from the Harbor East developer and bakery magnate's late sister and fellow Greek immigrant, Liberty Paterakis Tsakalos. Liberty is also the name of the ships that the city's former Bethlehem Steel plant constructed during World War II. 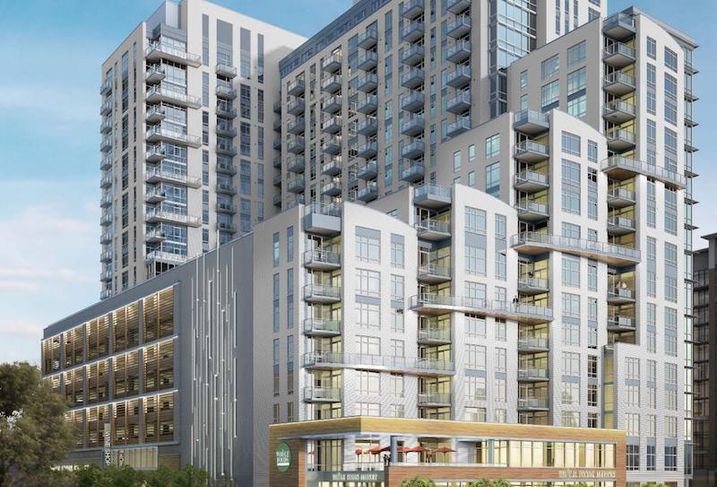 Like Bozzuto's other residences, Union Wharf and Anthem House (under construction in Locust Point), Liberty borrows many elements from hotel design. Expect a seamless flow from indoors to outdoors and between the amenities, which include a library lounge, a courtyard and a private dining room with a catering kitchen.

The developers relied on high-end materials, including fine wood and mosaic tiles, and works from some of the city's best-known art studios, Gutierrez Studios and Corradetti Glassblowing Studio & Gallery, for metal sculptures and glasswork.