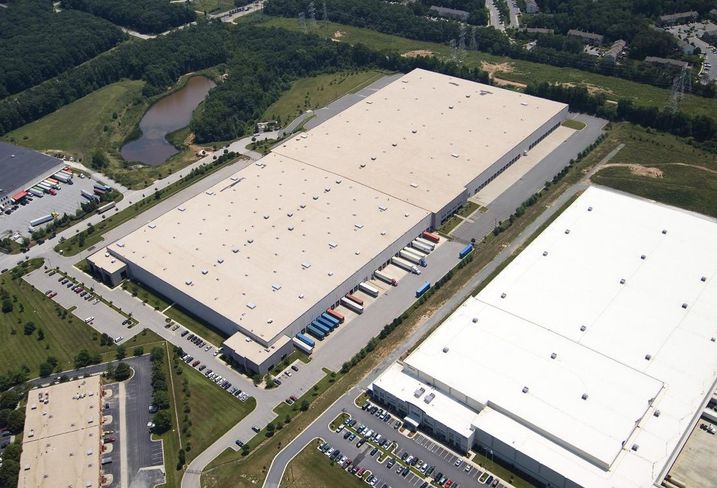 Courtesy: Grammercy Property Trust
7269 and 7360 Gambrills Cove Road in the Pasadena area of Baltimore, occupied by FILA as of June 2018

Fila has just signed the largest industrial lease in the Baltimore area so far this year.

The apparel company has renewed its 379K SF lease in the distribution center at 7630 Gambrills Cove Road, and has added the adjacent, 353K SF building at 7269 Gambrills Cove Road to its footprint. CBRE Industrial and Logistics Services represented Fila in the transaction.

With the pair of 10-year leases, Fila has doubled its footprint at the complex owned by Gramercy Property Trust in the Curtis Bay/Pasadena area also known as Marley Neck.

The complex sits a decent distance south of Baltimore City along the Chesapeake Bay, although it still carries a Baltimore mailing address. With the ongoing expansion of the Port of Baltimore, containers can reach the port from the facility in 15 to 20 minutes, Fila estimates.

The expansion into the newer facility with 42-foot clearance allows Fila to double its shipping capacity, which it needs as it has rebounded recently after its late 1990s/early 2000s swoon. Fila credited partnerships with Urban Outfitters, Foot Locker and Barney's New York for its growth.